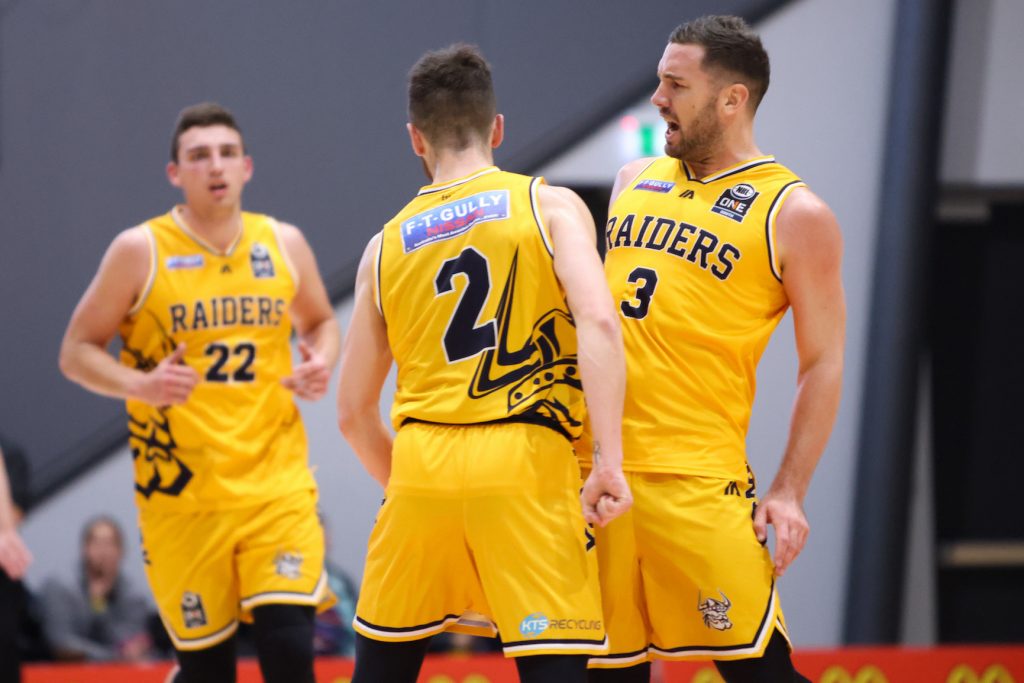 IT was a huge round of NBL1 South action with 15 games played from Thursday right through to Sunday. A couple of teams got to take the court twice throughout the round as they look to build some momentum towards the backend of the season. NW Tasmania continued their reign atop of the ladder while we take a look at the contest between the Raiders and Chargers.

The final game of the round between Knox Raiders and Hobart Chargers was the closest of the round with only five points separating the two sides at the final buzzer. In the end it was the Chargers that got the last laugh as they notched up their 11th win of the season, answering the call each and every time the heat was applied to them by the Raiders. Sitting at opposite ends of the table not many would have expected the game to play out the way it did but the Raiders had a real aura of confidence surrounding them when they took the court, not allowing the Chargers to get their signature play up and running.

The Chargers were up and running early hitting the scoreboard within the first 30 seconds of play, immediately setting the tone of the game. Although it did not take long for the Raiders to answer the call it was the visitors that controlled proceedings with their persistent attack. A flurry of baskets midway through the term gifted them the upper hand and created a 10-point difference, and by the end of the term Hobart had piled on 33 points to 22 to create a handy 11-point lead.

But the Raiders were determined not to let the game get away from them as they hit back with 26 points in the second while keeping Hobart to 17. With a couple of free throws falling their way and an increase in defensive pressure across the court Knox started to generate some momentum and force Hobart into uncharacteristic errors.

Scoring tightened up in the third with both sides only managing 18 points apiece to head into three quarter time with only two points separating the two sides. Knox pulled out the big guns early to level the scores before the Chargers put the foot down once again in the final quarter to steal the win. It was a courageous effort by the Raiders who fought their way back into the contest but simply did not have the legs to run out the entire game at such a frantic pace.

Bul Kuol was impressive with ball in hand draining 29 points for the Raiders while also picking up seven rebounds. After winning the title with Melbourne United, Mason Peatling was out in action for Knox and made his presence felt with his 16 points and four rebounds. Teammate Benjamin Ayre found his groove with 12 points, two rebounds and two steals as South East Melbourne Phoenix representative Reuben Te Rangi slotted nine points, eight rebounds and four assists.

The combination of Jonathon Mines and Koen Sapwell was at its damaging best for the Chargers as Mines finished with 26 points to his name and Sapwell collected 20 points. Tad Dufelmeier found his groove in his 36 minutes of court time finishing with 15 points and just fell short of a triple double with nine rebounds and nine assists. He also accumulated three steals in the win. Zachary White also contributed a handy 12 points at 63 per cent from the field as Jack Purchase drained 11 points going at 100 per cent accuracy from the free throw line. Purchase also impressed on the rebound front with seven boards as White reeled in seven all of which were defensive.

In other games, it was the Pioneers that managed to get the wood over the Geelong Supercats by a mere six points in what was an enthralling battle. It did not stop there for the Mt Gambier Pioneers as they also handed Sandringham Sabres a loss with the Sabres going 0-2 in Round 12. Diamond Valley Eagles flexed their muscles over Albury-Wodonga Bandits in their sole clash for the round while NW Tasmania had an impressive round notching up two straight wins. Ballarat Miners snuck over the line against the Raiders while it only got better for the Chargers as they not only collected the win against the Raiders but so too the Bandits. It was a good week to be a Kilsyth Cobras fan as the side won both of its outings against the Frankston Blues and Ringwood Hawks while Dandenong Rangers managed an 11-point win over Eltham.