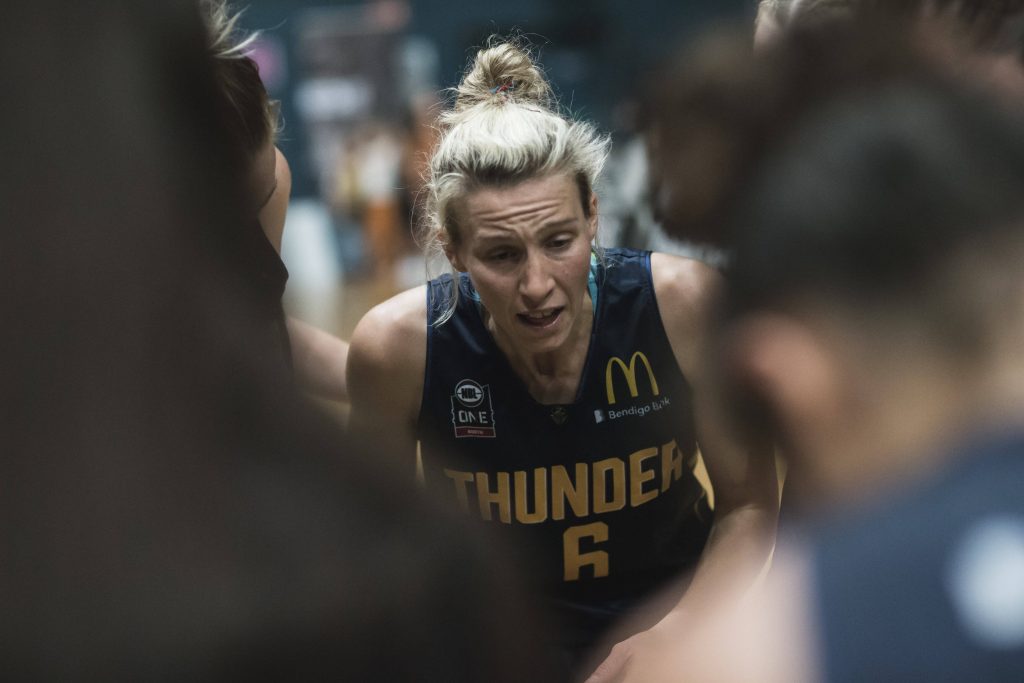 THE biggest game of the year is finally here for the National Basketball League (NBL)1’s North Women’s division, with the Southern Districts Spartans destined to take on the Logan Thunder in a three-game series. A top-of-the-table clash, this series should provide essential viewing for sporting fans.

The top two sides of the 2021 season will go head-to-head in the grand final series over the upcoming weekend, with not much separating the teams on paper. Far and away the two heavyweights of the competition, this should be an engaging and enthralling contest, with two talented, well-coached sides laying it all out on the court. The two sides faced off earlier this year, but the Spartans proved too strong, claiming a 12-point victory, thanks to their balanced scoring. The Thunder appear to be a better side since then, but only this series will confirm or deny those suspicions.

The Southern Districts Spartans were virtually flawless in their execution this year, finishing the year with 12 wins and zero losses, which obviously saw them finish on top of the ladder at season’s end. With two finals victories with considerable margins, the Spartans have cruised their way to a grand final, and should be the favoured team heading into this clash.

The biggest weapon the Spartans hold in their arsenal is their multiple avenues to scoring. In their first final, the Spartans delivered on all aspects offensively. They were led by three dominant scorers in Madelyn Willey (22 pts), Maddison Rocci (21 pts) and Nadeen Payne (18 pts). Each showed the willingness to shoot from deep, but also score in the paint. If all three fire in one or multiple games, the opposition will have a difficult time slowing this side down. The Spartans are also a strong rebounding outfit, having finished plus-18 in this category in their first final. This area will be key in the side’s championship hopes.

The Logan Thunder finished in second place at the conclusion of the regular season, but still delivered an incredible season. Losing just the one game (to the side they face in this series), the Thunder’s form is looking strong heading into the most important three games of the year. Their first finals performance was clinical, taking apart the Brisbane Capitals with a powerful 58-point win, before following this up in the semi-final with a 13-point victory over Townsville. While they may enter this match underdogs, their finals performances so far have them right in contention to win this series.

A player for the Thunder to keep an eye on is Mikaela Ruef, who led her team in scoring and rebounding during the home-and-away season. A double-double machine, Ruef recorded 21 points and 11 rebounds in her side’s semi-final win, and will need to be at her best once again if her side is going to cause an upset. She got some attention last time these two sides met, being held to just 14 points, but that number is sure to increase given the big stage.

Both sides are coming into this game with fantastic form on both ends of the court. With quality players and staff on both teams, there is a strong chance this could be decided in the third match.