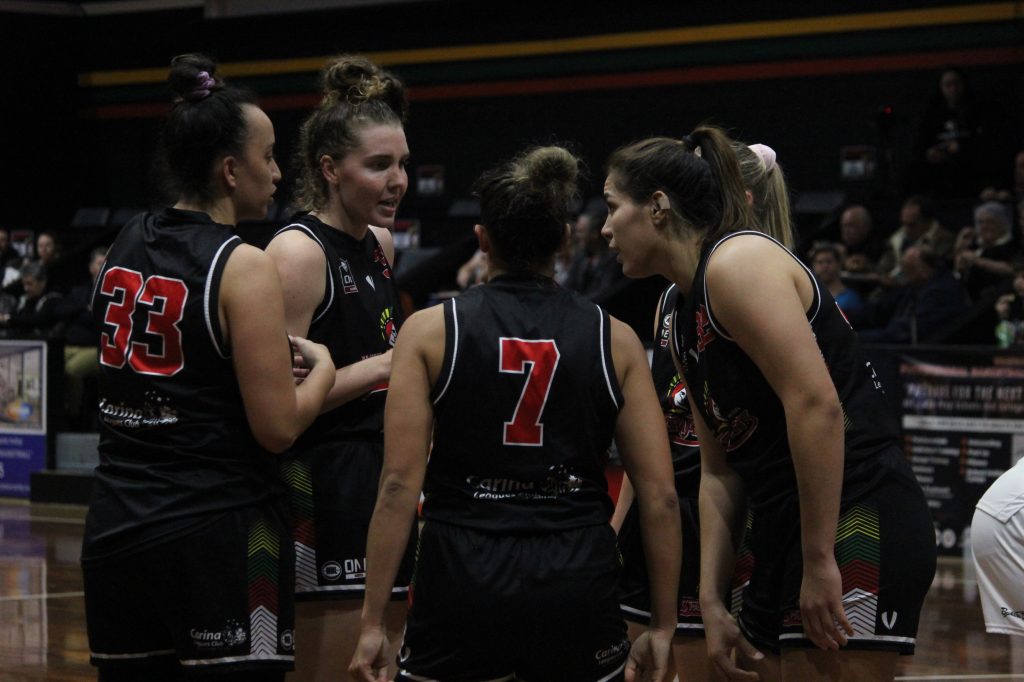 THE semi-finals have rolled around in the National Basketball League (NBL1) North women’s competition with two games set to be played on Saturday to decide who makes is through to the grand final.

Both the Southern Districts Spartans and Mackay Meteorettes are coming in off convincing wins and will need to be at their a-game if they are to get the upper hand in this contest. The Spartans have not lost a game all season will be looking to keep that unblemished record intact when they come up against the Meteorettes who suffered a 31 point loss last time they met.

Southern Districts will be hoping that Nadeen Payne is at her damaging best and able to blow the game wide open with her offensive skill set. She leads the team for points with an average of 18.08 and can impose herself off the boards recording 7.08 rebounds a game. Maddison Rocci is no slouch with her tenacity and scoring prowess often coming to the fore. The guard averages 17.25 points, 5.75 rebounds and 4.91 assists each time she steps out on court. She came to life last week with 21 points and 10 rebounds and will be hoping to continue that upwards trajectory in this clash. Madelyn Willey is an excitement machine as is Kalani Purcell and Ash Karaitiana with all three players able to post big totals and impress with ball in hand.

Mackay Meteorettes have a couple of aces up their sleeve, none bigger than Cayla George. Although she was not overly prolific on the scoreboard last round she has proven to be a real threat averaging 20.88 points a game along with 5.66 assists and a whopping 16.77 rebounds making her a real threat when up and running. She is not alone with Chelsea Brook also a real tough nut along with Heidi Freeburn as the two combined for a whopping 48 points in their qualifying final. Skye Rees is a more than capable of keeping the scoreboard ticking over while Sara Storeshaw averages 7.83 points, 3.75 assists and 2.66 rebounds a game making her one to watch.

Logan Thunder put out a dominant performance to say the least in their semi-final clash and will be eager to unleash that same level of pain against the Flames when they lock horns on Saturday. The Thunder flexed their muscles with their scoring prowess well and truly coming to the fore along with their defensive nous. But Townsville are also in hot form notching up a commanding win and will be aware of what they need to do to keep Logan Thunder on the backfoot.

Mikaela Ruef will be the focal point for the Thunder with the center more than capable of making a splash each time she steps out on court. Ruef is a commanding presence, averaging 19.53 points a game along with 17.46 rebounds, 3.76 assists and 0.92 blocks a game. She is also coming off a 16 points and whopping 24 rebound performance highlighting just how explosive she can be when afforded enough time and space. Partner in crime, Mikaela Cann is just as damaging averaging 14.46 points a game along with 4.30 rebounds and a team-high 7.61 assists. Cassie Carroll is a force to be reckoned with producing 10 points a game along with 3.84 rebounds, two assists and 0.84 blocks and is running hot having drained 17 points last time she stepped out on court. Lookout for Carla Drennan and Ashley Taia who are able to add to the scoreboard with great ease given their scoring nous and attacking mentality.

The Flames have a couple of key prongs that are able to have a profound impact with Stephanie Reid the most prominent figure of the lot. Reid averages an impressive 20.53 points a game and leads the team in assists with 5.84 assists. Mia Murray is another one to keep an eye on given she averages 17 points, 6.07 rebounds, 2.46 dimes and 0.61 blocks while Micaela Cocks is also a points scoring machine boasting an average of 13.84 points a game and left her mark in the qualifying finals with an impressive 23 points. Jaimee Seebohm should not be underestimate able to add to the scoreboard while Bree Stephens is an imposing figure off the boards.