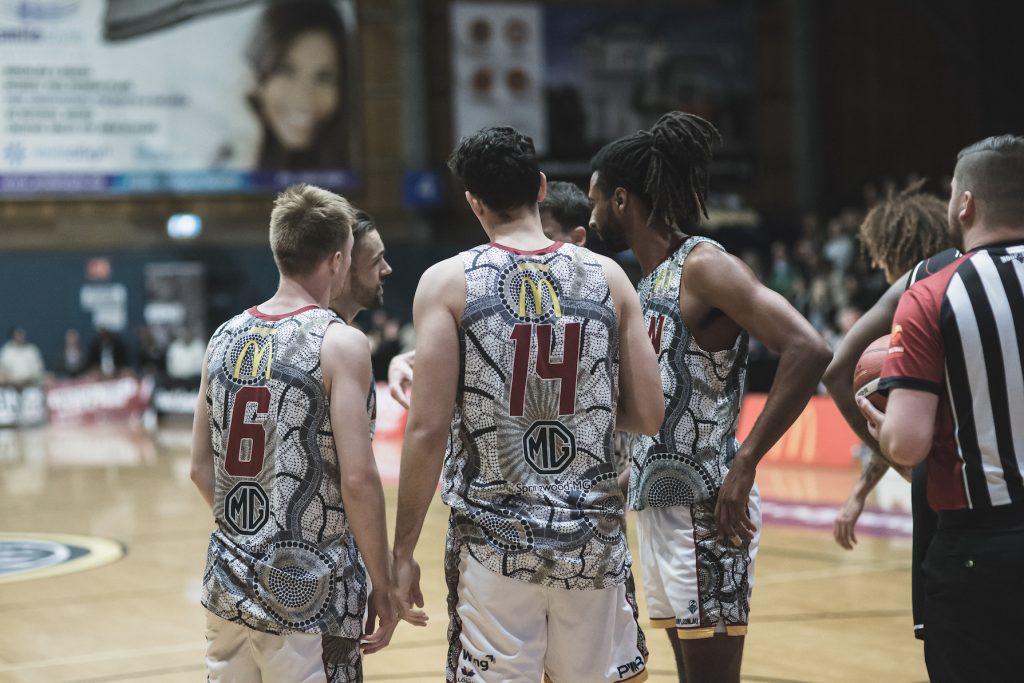 THE men’s qualifying finals commence this weekend in the National Basketball League (NBL)1 North with four games to be played on Saturday alone. The top eight teams will all lock horns as they jostle for that next step forward and all-elusive premiership glory.

The battle between the Rollers and Rip City could be the closest of the qualifying finals. only one win separates the pair from fourth and fifth with Gold Coast eager to dig into their bag of tricks to get the job done. Rip City are on a three game winning streak and will be hoping to continue that momentum into the finals while the Rollers will be hoping to build on their form and assert themselves with a strong start.

All eyes will turn to Jason Cadee what he is capable of doing for Gold Coast Rollers. Cadee is one of the most experienced heads out on court for the Rollers averaging 24 points a game while he also has proven to be crafty with bowling hand credit to his 10.50 assists each time he steps out on court. He will need support from Callum Dalton if Gold Coast are to secure the win with Dalton managing 17.25 points, 7.5 rebounds and 0.75 blocks again. Jaryd Eustace has also risen up the ranks throughout the season proving to be a handy option in offence with his 12.50 points a game while Tom Howard leads the charge for rebounds with 8.58.

Rip City will be hoping that Tanner Krebs brings his a game when he steps out on court against the Rollers. Krebs manages 25.40 points a game and also leads the way for Rip City with seven rebounds along with 2.90 assists. Isaih Tueta is a solid points scoring option thanks to his 18.46 a game while Eric McAlister features highly for both points scored and rebounds with 15.23 and 6.92.

Logan Thunder have lost just the one game this season and will want to keep it that way with a win against the lower placed Southern Districts Spartans. Sitting pretty atop of the ladder a win here will propel the Thunder further ahead in the finals sphere and allow them to inch themselves closer to the title. The Thunder have proven to be difficult to score against only conceding an average of 80 points and while the Spartans do not leak much more will be worried by the attacking prowess of the Thunder given they average 96 points a game.

Jeremy Kendle is the man to watch for Logan Thunder given his proficiency on the scoreboard. Kendle averages an impressive 21.46 points a game showcasing his ability to blow the game wide open he also registered 9.23 assists. Mitch Young is another handy option for the Thunder with the centre able to pile on 17.07 points, 9.15 rebounds and a team high 1.53 blocks. Teammate Blake Jones is an exciting option for Logan Thunder averaging 16 points a game along with three assists and an impressive 9.25 rebounds.

For the Southern District Spartans it will be up to Lamar Patterson to lead the way with the Brisbane Bullets representative averaging 19.33 points a game. He is also an imposing figure off the boards with his 6.8 rebounds and 5.8 assists. Noah Thomas has also proven that he can change the course of a game within a heartbeat averaging 14 points a game along with 5.20 rebounds and 4.90 assists. Keep an eye out for Mika Vukona with the forward able to impose himself off the boards, while Josh Derksen is more than capable of keeping the scoreboard ticking over.

Both the Mackay Meteors and Brisbane Capitals have lost one of their past five games. However the main difference is that the Meteors are on a four game winning streak while the Capitals suffered their loss recently. Although it has been a while between drinks due to the impromptu COVID-19 lockdown it has been even longer for the Capitals who did not take the court in Round 12 and the Meteors will be hoping to capitalise on that in this clash.

Mackay are littered with power players with Emmanuel Malou an imposing threat. But he is not alone with Harrison Froling in scintillating form. In fact last time, Froling stepped out on court he dropped a whopping 40 points while he averages a team-high 13.80 rebounds. Jerron Jamerson is another points scoring machine, sinking 29 in their last game and proving more than capable of standing up under the pressure. The Meteors will need the trio to fire on all cylinders if they are to seal the deal. Christopher Cedar is another handy option averaging 14.07 points, 6.42 rebounds and five assists.

The Capitals have a couple of players that have proven they are more than capable of walking the walk with Nicholas Stoddart hitting the scoreboard with an average of 19.78 points a game. Ben Volkman is a handy option with ball in hand draining 14.35 points, 8.92 rebounds, 2.71 assists and 0.50 blocks a game. both Tamuri Wigness and Jacob Wilson are other game changes for the Capitals.

The Townsville Heat will want to impose themselves nice and early on the Cairns Marlins who have somewhat fallen off the boil dropping their past two games heading into finals. One loss was to the Meteors while the other was to the lower ranked Rockhampton Rockets. They will need to iron out any kinks before heading into the game against the Heat who have only dropped four games for the entire season.

For the Heat expect Sam Froling to lead the charge and impose himself seeing he tops the table for points, rebounds and blocks for Townsville with 22.60, 13.80 and 2.60 respectively. The heat will need Josh Spiers to up the ante when he takes the court in order to get their side over the line while Jalen Patton-Crocker will also need to ensure he is a dominant threat on the scoreboard. Spiers averages 14.75 points a game while Patton-Crocker manage is 14.38. It does not stop there for Patton-Crocker who also managed to reel in 4.84 rebounds a game along with 3.61 assists. Ethan Betts is no slouch able to hit the scoreboard and set up opportunities for teammates with his 12 points and 4.92 dimes.

The Cairns Marlins will be relying on Majok Deng to continue his merry way with the forward posting an average of 26.83 points a game but is just short of a double-double with his 9.66 rebounds. The experience of Nate Jawai will be front and centre in this clash with the bigman averaging 15 points, eight rebounds, 3.50 assists and one block a game while Mirko Djeric will need to be firing on all cylinders if they are to cause an upset.