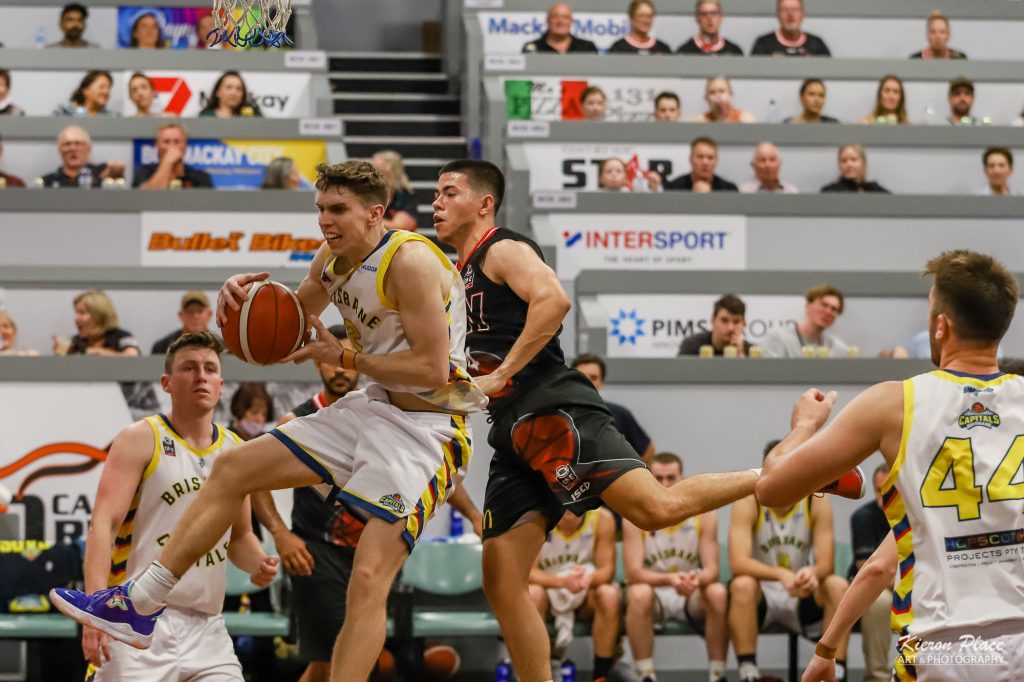 THE qualifying finals played host to a mixed bag of results in the National Basketball League (NBL)1 North Men’s with only one game decided by 10 points or less. The winners from the four games moved through to the next stage with the semi-finals to be held this weekend.

USC Rip City bundled Gold Coast Rollers out of the race for the premiership with a convincing 22-point win. But it was not all smooth sailing with the Rollers holding the upper hand at quarter time before Rip City turned on the afterburners in the second with a 27-12 term. Gold Coast reduced the deficit in the third before Rip City put the nail in the coffin the fourth stanza to seal the deal and claim victory.

Jason Cadee was in fine form for Gold Coast securing a triple double with 18 points, 12 rebounds and 10 assists. Callum Dalton worked hard to have an impact posting 13 points and seven rebounds, all of which were defensive, as Anthony Petrie chimed in with 12 points, six rebounds and two assists in the loss. Jaryd Eustace was a handy option producing eight points and three rebounds.

Logan Thunder continued their winning ways disposing of Southern Districts Spartans by 15 points on Saturday night. The Thunder had one thing in mind and that was evident from the moment they stepped out on the court opening up an 11-point differential. They steadily increased the margin at half time and further asserted themselves throughout the third quarter. Although the Spartans rallied in the final quarter the damage had been done with the Thunder walking away winners.

Jeremy Kendle had a point to prove throughout the qualifying final draining a whopping 29 points including two triples. He also used his imposing figure to have an influence off the boards racking up nine rebounds and five assists. Shaun Bruce got busy with his 16 points in 35 minutes while Mitch Young was hot on his heels with 16 points and an impressive 10 rebounds to notch up a double-double. Michael Cedar and Boston Mazlin were the other notable figures as the pair combined for 23 points in the win.

Lamar Patterson showcased his star power for the Spartans with a team-high 29 points along with seven rebounds, six assists and a steal. Patterson was ably assisted by Noah Thomas who managed 21 points at 44 per cent from the field while CJ Massingale was also a strong attacking option with his 13 points.

The contest between Mackay Meteors and Brisbane Capitals was the closest of the qualifying finals with only 10 points separating the two sides. In the end it was the Meteors that had the last laugh mainly thanks to a blistering first term of basketball. Mackay created some handy separation, boasting an eight point lead and steadily added to that at half time to make the margin nine. Things started to tighten up as the game went on with Brisbane upping the ante in defence but unable to apply a wealth of scoreboard pressure with the Meteors coming away with the win.

There was simply no stopping Christopher Cedar as he piled on a staggering 37 points at 55 per cent from the field. He was damaging from down town sinking seven of 11 triples while he just fell short of a double-double racking up nine rebounds and four steals. Jerron Jamerson had a hot hand thanks to his 19 points and five rebounds as both Emmanuel Malou and Viliami Foketi slotted 10 points apiece in the hard-fought win.

The Brisbane Capitals opted for a more shared effort with Nicholas Stoaddart the highest scorer thanks to his 23 points, three assists, two blocks and six rebounds – all of which were defensive. Ben Volkman was the next closest producing 15 points shooting at 58 per cent from the field. He also got busy off the boards with seven rebounds while teammate Ben Wilson chimed in with a handy 13 points, six rebounds, four assists and three steals in his 31 minutes of action. Jacob Wilson was the only other player to reach double-digits with 10 points, eight rebounds, five assists and three steals.

The final game of the qualifying finals saw Cairns Marlins progress through to the next stage after claiming a 16-point win. Townsville Heat had the upper hand for the first half outscoring the Marlins both in the opening and second term to establish a small two point buffer. But that momentum was quickly overturned as the Marlins came out with a point to prove in the third sinking 25 points to 16 and continued that trajectory in the final to assert themselves on the game and get the win.

Josh Spiers was the go-to man for the Heat producing a team-high 23 points in his 34 minutes of game time. Spiers also managed to pull in five rebounds, two assists and two steals in the loss. Teammate Ethan Betts was up and about with his 16 points, four rebounds and six assists as Matthew Rees added a handy 12 points to the total. Keegan Tudehope secured a double-double with his 11 points and 12 rebounds in an all-round solid performance.

For the winners, it was a five-pronged attack with Deba George leading the pack. He finished with an impressive 24 points including four triples while he also accumulated five rebounds, three assists and two steals. Anthony Fisher also imposed himself with his 17 points and whopping 13 rebounds – 12 of which were defensive. James Mitchell and Curt Ahwang found their groove slotting 16 and 15 points respectively in the win with the former also proving to be a menace off the boards with his 12 rebounds. The final other player to have an impact was Alex Loughton who slotted 13 points, three rebounds and two assists in the win for the Marlins.