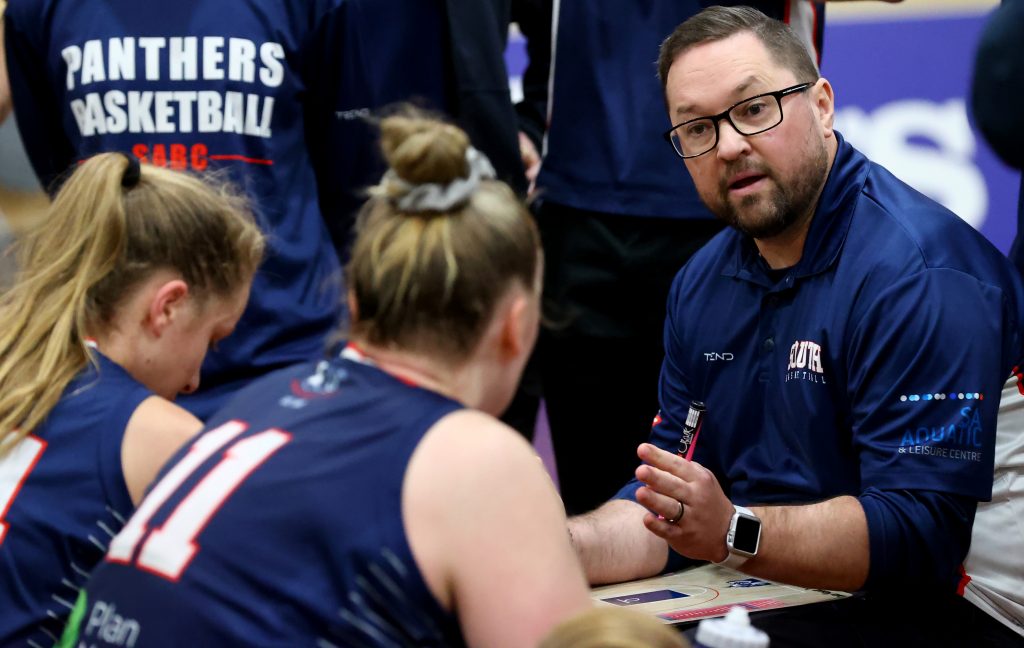 ONLY four games took place in Round 17 of the National Basketball League (NBL)1 Central men’s and women’s competition with the North Adelaide Rockets and Southern Tigers not taking the court.

The Warriors managed to just get over the line against West Adelaide Bearcats in what was a gruelling encounter. Skipping out to a handy two point lead at quarter time Woodville were able to hold onto the ascendancy in the second term despite both sides slotting 18 points apiece. The momentum swung in favour of the Bearcats throughout the third as they levelled the scores at three quarter time before Woodville put the after burners on in the final quarter to steal the win.

Joe Jackson dazzled for the Warriors with his 23 points in his 36 minutes. He also recorded a whopping 19 rebounds, four assists and a steal in an all-round stellar performance. He was ably assisted by Julian Jacobs who played a full 40 minutes and drained 20 points and fell just short of a triple double thanks to his 11 assists and nine rebounds. Devon McGee topped the table credit to his 26 points, shooting at 55 per cent from the field. The scoring load was shared between a number of players for the Bearcats with Fabian Johnson sinking 17 points while Nick Bowler was hot on his heels with 16 in just 16 minutes of game time. Earnest Ross was prolific not only on the scoreboard with his 13 points but so too off the boards collecting 12 rebounds as was Luke Cadowz who finished with 12 points and 10 rebounds to his name.

After a fast start from both sides it was the Bearcats that ran home victorious by 22 points. West Adelaide dazzled in the second quarter doubling the score of the warriors credit to their 35 point term. Although scoring even up in the second half it was too little too late as the Bearcats had done all of the damage in the opening half of play.

Emily Winter proved to be the number one scorer out on court for Woodville managing 24 points at 35 per cent from the field. She also accumulated eight rebounds, three assists, three steals and two blocks in an all-round solid performance. She was ably assisted by Katherine Perkas who finished with 15 points, eight rebounds, two assists and two steals to her name. For West Adelaide Jennie Rintala was the go to girl with her 24 points and 71 per cent accuracy from the field. It did not stop there for Rintala as she also reeled in 14 rebounds and four assists, while teammate Jasmine Fejo also got busy with her 24 points and five assists.

Sam Daly did everything he could for Sturt piling on 24 points in his 33 minutes of court time. He also collected two rebounds, three assists and two steals in the narrow loss. Max Calligeros was the next best with his 18 points shooting at 53 per cent accuracy from the field. He also chimed in with a handy nine rebounds as a mate Mike Shortt finished with nine points to his name. For Norwood it was Ray Harding that did all the heavy lifting producing 20 points in the win while CJ Turnage also found his groove recording 19 points, three rebounds and three assists in the wind. Daniel Webber also chimed in with a handy 14 points while the efforts of Anthony Green did not go unnoticed as he secured 13 rebounds.

This Sturt Sabres got the chocolates over Norwood Flames thanks to a dominant second and final quarter. It was neck and neck in the opening quarter of play with only one point separating the two sides at quarter time however the tables quickly turned as the Sabres piled on a staggering 20 points to just six. The Flames hit back in the third quarter to eat back into that deficit however the Sabres were unhappy with their output in the third and dialled up the heat in the fourth to claim the ascendancy and the win.

Kylee Smith had a game to remember for the Sabres sinking 27 points in her 33 minutes of court time while she also registered eight rebounds, two assists, one steal and two blocks. Emily Close was also in fine form producing 14 points and four rebounds along with three steals as Jade Johnson also found her groove sinking 18 points and shooting at 100 per cent accuracy from the free throw line. Sophie Kerridge was the best out on court for Norwood recording 23 points and four assists and while Alex Wilson did not have her usual impact on the scoreboard with just the nine points she featured heavily on the rebounds dragging down 15 all of which were defensive.

Central District Lions put on a spectacle against the Eastern Mavericks to claim a romping win. It was a one-sided affair from the opening quarter as the Lions poured on a whopping 27 points to 12. The Mavericks somewhat fought back in the second term but that only ate into the deficit ever so slightly. Central Districts put on a show after half time draining 39 points in the third and then 28 in the final to claim a dominant win.

Magok Manyang seemed to have the ball on a string for the Lions producing a whopping 38 points at 67 per cent from the field. He also collected six rebounds, two assists and a steal in the win as teammate Shaquille Maharaj showcased his fire power producing 30 points and three rebounds. Both Ayual Garang and Lual Diing chimed in with 11 points each in the win with the latter also amassing seven rebounds. William Wise was a lone hand for the Mavericks sinking an impressive 33 points converting at 48 per cent from the field. He also reeled in five rebounds as Diing Lual was the next best with seven points and five rebounds.

It was a complete and utter whitewash in the battle between Central District Lions and Eastern Mavericks with the latter claiming an impressive win. With only four points separating the two sides at quarter time the Mavericks came out with a point to prove in the second adding 38 points to just 14 to go into the half time break with their tails well and truly up. However they really turned the screws in the second half as the Lions only managed a mere 12 points while Eastern Mavericks piled on 48 points of their own.

Meaza Otto was the only player able to reach double figures for the Lions with her 13 points as both Sarah Deng and Ayak Ayuen contributed a handy six points each to the total. It was a completely different story for the Mavericks as they had five players hit the double-digit mark with Mollie McKendrick picking up where she left off thanks to her 25 points and 12 rebounds. Chloe Dumesny hit her straps finishing with 14 points while Kedeisha Kartinyeri made her mark with 12 points. Both Rachel Hines and Olivia Bradley managed 11 points each in the win with the former also pulling in six rebounds.

Forestville Eagles claimed the win over South Adelaide with a 29-point victory. The Eagles made their move nice and early in the piece creating a six point lead at quarter time before going on to extend that buffer in the second thanks to a 29 points to 16 quarter. That level of momentum and attacking mindset continued into the third as the Eagles produced another 29-point term to keep South Adelaide at Bay. While things tightened up in the final term it was too little too late as the Eagles run out victors.

Gregory Mays led the charge with his 22 points and 15 rebounds, 11 of which were defensive as he guided his side to victory. Michael Harris was also in fine form sinking 18 points and seven rebounds as Malith Machar got busy with his 16 points and 10 rebounds to register a double-double for the Eagles. For the Panthers it was Jarryd Hoppo that did the most damage recording 14 points and 10 rebounds as Owen Hulland chimed in with 13 points and six rebounds. Adam Brown was the only other player to hit double-digits with his 12 points in 33 minutes of court time.

Forestville Eagles managed to get the job done against South Adelaide Bearcats by a handy 15 points. They won every quarter bar the third term as South Adelaide looked to spark a comeback however that was short lived as the Eagles dominated the final quarter of action 20 points to 10.

Brooke Basham was the root of the Panthers problems as she drained 26 points for the Eagles and while her accuracy from down town was not overly high still managed to have an impact with her three triples from eight attempts. She also collected seven rebounds, four assists and four steals in the win. Teammate Samantha Simons also got busy with her 21 points and 11 rebounds as Cara Annetts impressed off the boards with her 12 rebounds. Olivia Thompson worked in overdrive to keep the Panthers in it with her 25 points and 14 rebounds as Ashley Spencer assisted with 10 points and seven rebounds in the loss.