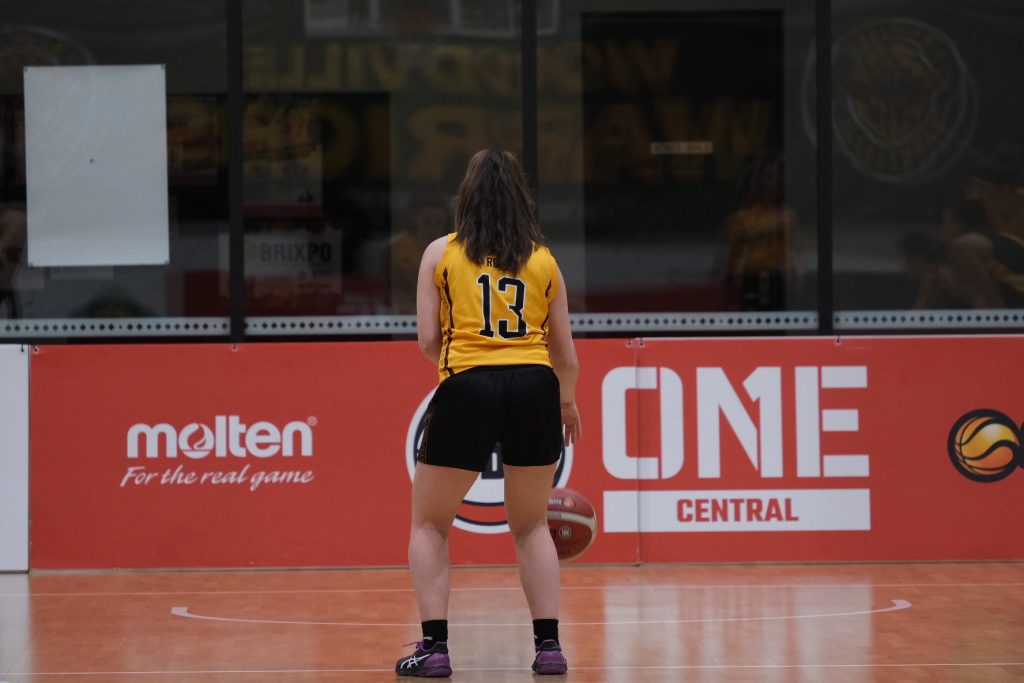 ROUND 12 of National Basketball League (NBL1) Central saw a number of enticing battles in both the men’s and women’s competition. It was a good day to be the Southern Tigers as they claimed wins in both competitions while the Sturt Sabres handed out a hefty loss to the Eastern Mavericks.

South Adelaide Panthers (92) defeated Southern Tigers (86)
South Adelaide got the better of the Southern Tigers as they continued their winning streak off the back of last week’s game. They took the lead early in the opening period as they set up what would be an intense battle between the two sides. South Adelaide held off a strong Tigers front, tightly clutching the lead even in the second half. Although the Tigers regained composure and turned a leaf in their approach, it had come at a cost as South Adelaide capped off the thrilling battle with the win. Owen Hulland and Samuel Johns equalled for the winning side’s most points scored, 20. Alex Mudronja was consistent with 18 points, 10 rebounds and 10 assists. Todd Davies’ performance was also impressive with 15 points and three assists. Cameron Coleman was among the best for the Southern Tigers side with an impressive 30 points and five assists. Christian Artacho also was crucial for South Adelaide with 15 points, alongside Lachlan Olbrich with 13 points.

South Adelaide Panthers (59) defeated by Southern Tigers (71)
The final period saw the Southern Tigers claim victory over the South Adelaide Panthers. It was a close contest with the margin just 12 points. A string of missed shots proved costly for the Panthers in the final term, resulting in the Southern Tigers retaining their position on the ladder and comfortable at top spot. Teige Morrell made her presence clear during her sides win with 26 points, 13 rebounds and three assists. Teammate Morgan Yaeger was trailing closely behind her with 23 points as she too proved a valuable asset in the win. For the Panthers, Ashley Spencer made a significant impact in her 28 minutes of play, as she achieved 17 points and six rebounds. Hannah Stewart and Olivia Thompson were also important for the side scoring 15 points and 12 points respectively.

The Sturt Sabres stunned the Eastern Mavericks to take out the win. Right from the opening period, the Sabres took full control of the game throughout all four periods. Despite the Mavericks close on their opponents tails several times, they were no match for the current ladder leaders who have only one loss under their belt. Keanu Rasmussen was unstoppable for the Sturt Sabres 40-point win. A whopping 30 points was contributed to his sides’ win. Also imperative for the victors was Sam Daly, as a result of his 19 rebounds, eight assists and seven rebounds, alongside Joel Spear with 15 points and 9 rebounds to his name. For the Eastern Mavericks, promising signs were shown through Tom Cromarty’s impressive performance who in his 30 minutes of play contributed 23 points, six rebounds and three assists. William Wise III also proved significant for the Eastern Mavericks scoring 17 points and so too was Callan Prider who scored 14.

In the 14-point win, Sturt Sabres showcased their poise against the Eastern Mavericks, powering through to claim victory. A determined front from the Mavericks was displayed throughout all four periods but was not enough to catch the Sturt Sabres off guard, who were set on winning right from the opening jumpball in the first term. Kayla Matthews’ performance was pivotal in Sturt’s win, as she collected 23 points, six rebounds and four assists. Nicola Matthews was another name that was dominant in her performance of 18 points, six assists and five rebounds. Also, Zoe Walker Roberts’ 12 points, three rebounds and two assists was a healthy contribution to her sides win. Rachael Hines was key for the Mavericks performance with her respectable 24 points, five rebounds and five assists. Mollie McKendrick impressed with her nine points, nine assists and 13 rebounds. Both Ashlyn Menz and Kedeisha Kartinyeri scored eight points too during the match.

It was tight contest between the two sides, but Central District Lions managed to just make it over the line to get on top of the Woodville Warriors. The Woodville Warriors won the jumpball but were unable to hold off the Lions from snatching away the lead from them during the first period. Although the scores were even on numerous times, the Central District Lions gained momentum to overthrow their opponent and get the win. Lual Diing put on a classy display on the court for the Lions with 32 points and nine rebounds, while teammate Shaquille Maharaj had 19 points and five rebounds. Jordan Centenera helped the Lions with his 12 points. Likewise, David Humphries delivered a decent performance with 10 points and 10 rebounds. Joe Jackson was exceptional for Woodville with 19 points and 13 rebounds. Luke Stanbridge and James Boonstoppel wasted no time for their side, slotting 16 points and 11 points respectively but it was not enough to help the side get the win.

The Woodville Warriors were victorious against the Central District Lions, a favourable outcome following on from their loss against the Sturt Sabres in Round 11. Scores remained close throughout the duration of the first half, but a last-minute push in the third and fourth periods led to the Warriors taking out the win by 32. Emily Winter was by far the most prominent for the Woodville Warriors as she led the charge with a powerful 31 points and 15 rebounds. Deanna Troia impressed with 14 points and nine rebounds, as did Molly Whitmore with 13 points and five rebounds. Over at the Lions, Samantha Kennett was vital with 14 points and eight rebounds. Meanwhile, Sarah Deng pocketed 10 points and two assists, with teammates Erin Boyd and Meaza Otto both bagging six points.

North Adelaide Rockets caused an upset loss for the Forest Eagles during a thrilling showdown. The fifth-placed Rockets gave a thumping to the Eagles who currently sit at number two on the ladder. Rockets immediately took advantage of the lead during the first two periods, and by the third was well onto the way of a win. As the final period rolled around, Forestville Eagles continued to battle but struggled to overtake the Rockets who continued to put out an impressive front on court. Jack Mcveigh was the clear contender for North Adelaide’s best this game, getting 42 points to the board with 10 rebounds. Verle Williams shone for the winners pocketing 22 points. Tobias Dowdell also got in amongst the action on the court with 11 points and seven rebounds. Michael Harris was a beacon for Forestville with 23 points, nine assists and eight rebounds. Next up, Brandon Brine who managed 17 points and eight rebounds. Gregory Mays also proved important with 11 points and six rebounds.

The tight scoring contest saw the fourth-placed Forestville Eagles take on fifth-placed North Adelaide Rockets. With both teams putting everything on the line to get the win, it was Forestville who got over the line to cap off the round with an eight-point win. An early lead in the opening period by the Rockets meant nothing for the Eagles, who managed to cruise through the game and earn themselves another win. Brooke Basham’s presence had influence over the game, as the young gun helped her side in the win with 26 points and five rebounds. Samantha Simons played 40 minutes and impressed with 15 points, 11 rebounds and 11 assists. Likewise, Cara Annetts was also important for the win as she clocked up 14 points and 13 rebounds. The Rockets had Sam Defrancesco as among their best, with 24 points and five rebounds. Jess Good provided North Adelaide with 17 points alongside eight rebounds and five assists. Meanwhile, her teammate Taylor Ortlepp also had a respectable performance scoring 16 points.