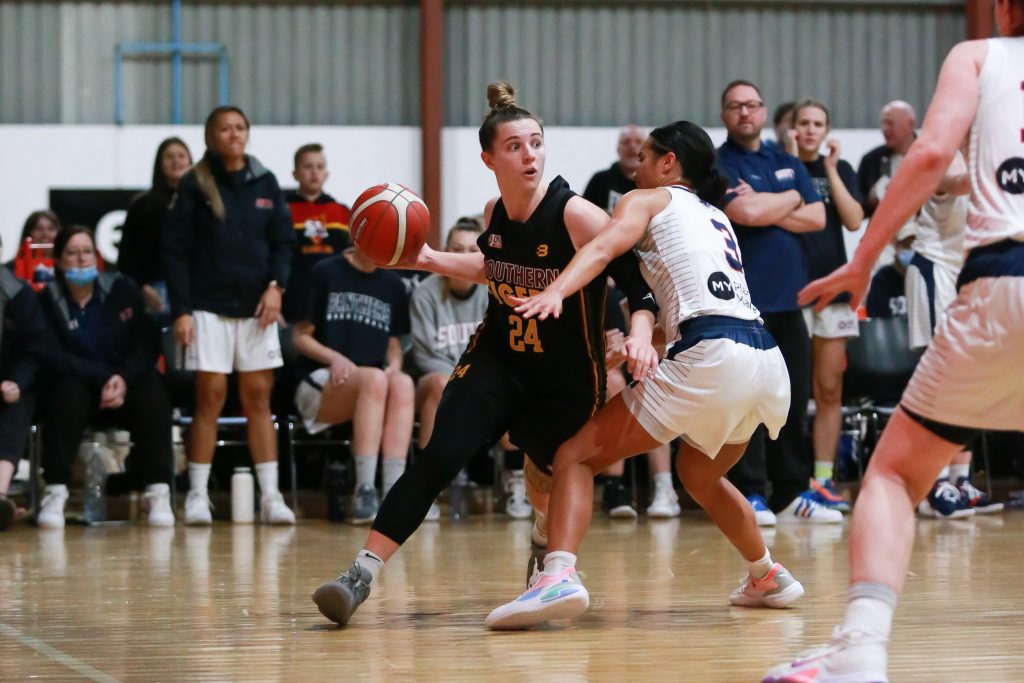 North Adelaide Rockets have sensationally sent Sturt Sabres packing from the NBL1 Central women’s finals series in straight sets after the fifth placed team continued its dream run in the post-season series. The Rockets won by nine points to remain alive in the championship contention, sticking with the Sabres throughout the first three quarters before putting in a dominant fourth term to win, 80-71. Just one point separated the sides at quarter time and half-time, with the Sabres moving three ahead by the final change. It was a complete momentum swing in the last, with the Rockets piling on 23 points to 11 to run out impressive winners and book their place in the preliminary final.

Jess Good continued her hot form this season, putting up 22 points – eight of 11 from the field including both of her three-point attempts – and also pulling in 16 rebounds – 14 defensive – picking up four steals and three assists in a best-on-court performance. Taylor Ortlepp (24 points, five rebounds and five assists) was also dominant on the scoring front, and could have been even more so, hitting just one of six from beyond the arc. Shannon Webber managed 15 points – at 100 per cent from the field including two from three-point range – and six rebounds in just 20 minutes of court action.

On the other hand, the even Sabres had four players notch up double-figure points to no avail, with Kylee Smith dropping 18 points, seven rebounds and two assists, playing all bar 50 seconds of the match. Kayla Mathews was also productive with 15 points – two of six from long-range – six assists and three steals, while Zoe Walker-Roberts (11 points, six rebounds and two assists) and Tayla Brazel (10 points – two of seven from beyond the arc – and two rebounds) also hit double-figure points in the loss.

Minor premiers Southern Tigers showed no signs of rust coming from a week off thanks to their top of the table finishing position after the regular season, winning by 12 points over South Adelaide Panthers in the semi-final. The win meant the Tigers booked safe passage to the grand final, with the Panthers having a second chance courtesy of their win over Sturt Sabres in the qualifying final the week before. The Tigers took control in the first half to lead by 10 points at half-time, and whilst the Panthers managed to reduce the final break deficit to eight, a 17-13 fourth term in favour of the ladder leaders resulted in the Tigers getting up in an 82-70 triumph.

Morgan Yaeger was unstoppable across the court be it inside or outside the arc, or even close to the basket, draining 29 points – at 45.8 per cent efficiency – including five of 11 from outside the arc – and picking up 16 rebounds – all defensive – and four assists on the night. Teige Morrell was just as potent in facilitating the Tigers’ offence, recording 21 points herself in a full 40-minute game, and also picking up 12 rebounds – five offensive – and six assists. Jemma Thacker (12 points, five rebounds and two assists) and Madison Round (10 points, four rebounds and three assists) both recorded double-figure points.

For the Panthers, Olivia Thompson (23 points, 13 rebounds, five assists and four steals) was absolutely sensational in the loss, recording a double-double of which included four offensive boards. She was well supported by the likes of Ashley Spencer (11 points, three rebounds and two steals) and Teresa McGreehan (10 points, eight rebounds), with the latter collecting seven boards up the defensive end, and draining two long-range jumpers in the performance.

The Southern Tigers will now await the winner of either the Panthers – who will want a second crack at the championship favourites – or the red-hot Roosters, in what will undoubtedly be a cracking preliminary final.