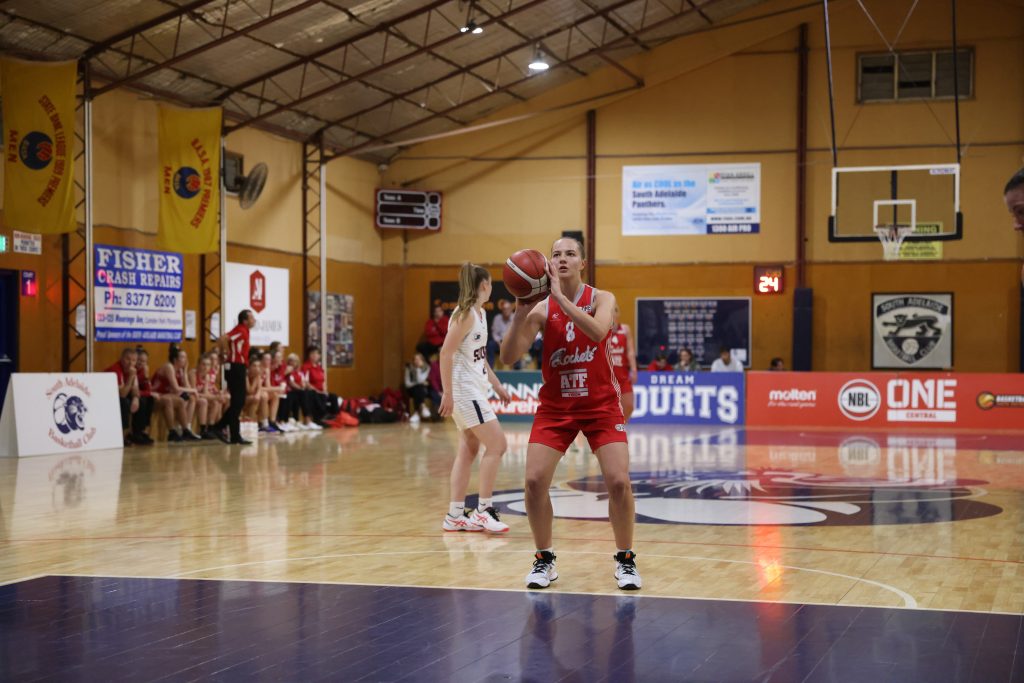 A DATE with Southern Tigers in the 2021 National Basketball League (NBL)1 Central Women’s Grand Final is on the line for the two sides in this week’s preliminary final, as South Adelaide Panthers hosts North Adelaide Rockets in a massive clash.

These sides finished third and fifth on the table, and both handed second placed Sturt Sabres their packing orders, dumping the  Sabres from the finals in straight sets. The Rockets also accounted for Forestville Eagles in week one, whilst the Panthers suffered defeat at the hands of the Tigers who booked out the first spot in the grand final.

In last week’s loss to Southern Tigers, Olivia Thompson was the key standout with a double-double of 23 points and 13 rebounds, whilst she had support from Teresa McGreehan (10 points, eight rebounds) and Ashley Spencer (11 points, 11 rebounds). The Panthers were well beaten in the rebound battle against the Tigers (52-40), thought impressed with their ball handling skills through steals (8-1) and broke even in the assists (18-apiece).

On the other hand the Rockets took control in the rebounds against the Sabres (44-34), though lost the assists (14-16). They shot at a far more accurate 45.6 per cent from the field, without a reliance from long-range. Jess Good (22 points, 16 rebounds, four steals and three assists) was a key player, though Taylor Ortlepp (24 points, five rebounds and five assists) was also superb, and Shannon Webber managed 15 points and six rebounds.

These sides have not played since June 19, when the Rockets easily got the win with a huge 22-point victory over the Panthers at home. In the Rockets’ win, it was Good (16 points, 19 rebounds) who did all the damage with Ortlepp (21 points, six rebounds, five assists and two steals), Abigayle Mader (16 points, five rebounds and two assists) and Courtney Hansen (14 points, five rebounds and three assists) also doing well. Thompson was a one-player wrecking ball amassing a mind-boggling 25 points and 26 rebounds in the loss, while Jordan Hunter picked up 10 points, seven assists, six rebounds and three steals.

It was a complete role reversal from the Round 1 clash, where the Panthers got up with an almost-identical 21-point victory. Coming back from a seven-point quarter time deficit, the Panthers piled on 53 points to 26 in the second half to run away with the 87-66 win. Thompson was again unbelievable with 31 points, 16 rebounds and six assists, while Spencer racked up 33 points, six rebounds, two assists and two steals in a damaging duo performance. Without Good, the Rockets looked to others such as Ortlepp (19 points, five rebounds and two assists) and Sam Defrancesco (13 points, four rebounds and two assists) but to no avail.

The two key players to this game are Thompson (Panthers) and Good (Rockets), with the one who has the most impact on the game likely to get up. Both sides have wonderfully talented players, but the Rockets depth seems greater, though the Panthers know how to fight and win games.