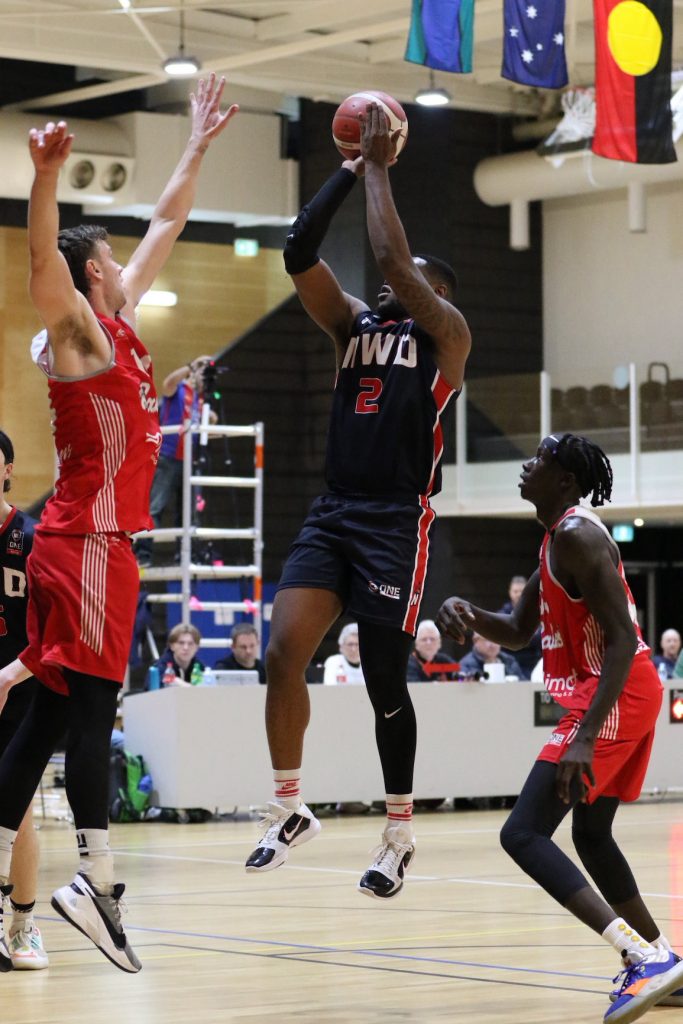 GRAND final season is in full swing as National Basketball League (NBL)1 Central Men’s division prepare for their deciding game this weekend. With two sides desperate to claim the competition’s greatest prize, there is no doubt this clash between the Norwood Flames and North Adelaide Rockets will be anything short of thrilling. Each team boasts a number of exciting talents, and with plenty of scoring capability across the lists, this should be a fantastic game to watch.

This matchup will be a battle between two sides who finished the year in exceptionally strong fashion. While the last time the sides met ended as a fizzer (the Flames would triumph by 15 points), all signs are pointing to a hard-fought clash, with both sides aware of the stakes at hand. The Flames had one of the strongest runs to round out the season, and will be hoping this momentum holds them in good stead against a side they will not underestimate. The Rockets took the long route to the grand final, progressing from outside the top three, but their ability to deliver in clutch situations has rewarded them with a chance to steal an unlikely victory.

An outstanding string of victories saw the Flames storm into the finals, courtesy of winning six out of their last seven regular season games to finish with an 11-7 record, good enough for the third seed. Facing off against the second-placed Eagles in the qualifying final, Norwood were able to hold on for a four-point victory to advance to the penultimate round. The Flames then encountered the top-seeded Sturt Sabres, who had lost just four games for the season, and looked a tough opponent to conquer. The well-coached Flames were able to cause an upset, taking down the Sabres by four-points in a thrilling outing. A 22-9 final term saw Norwood nab a stunning win over the competition favourites, and will be likely heading into this contest as the expected winners given their form.

All eyes will be on Woollacott Medalist CJ Turnage, who can tear a game apart as we have seen in the past. His first two finals appearances of this season have been terrific, backing up his 21-point, 11-rebound performance in the qualifying final, with 30 points and six rebounds against the Sabres. The forward will be a crucial cog in his side’s offence, and may look to teammate Anthony Green, if the defence collapses on him. Green’s finals series has shown his ability to score and pull down a rebound, so expect him to be involved on both ends of the court.

The Rockets will be hoping for their fairytale finals run to continue, having made the final game of the year from fifth position, the unlikeliest of feats. North Adelaide had to head to overtime to get their elimination final victory over the Tigers in a thriller, with just five points separating the teams at the conclusion of extra time. The Rockets then went on to upset the Eagles in the semi-final, sending the second-seed out in straight sets. Once again, this side delivered in crunch time and were able to advance thanks to their nine-point win.

Returning from the NBL’s Adelaide 36ers, Rocket Sunday Dech was explosive on the offensive end in the semi-final, and may play a key role in leading his side to victory once again. With a wealth of experience at the level above, Dech could be the separating factor if the game is on the line. Verle Williams and Jack McVeigh have been outstanding offensively in both finals, so there is a strong chance they will once again be in the thick of the scoring.

Both sides have delivered in the clutch periods of their respective finals, so should this game be a close encounter, these sides will be put to the ultimate test.