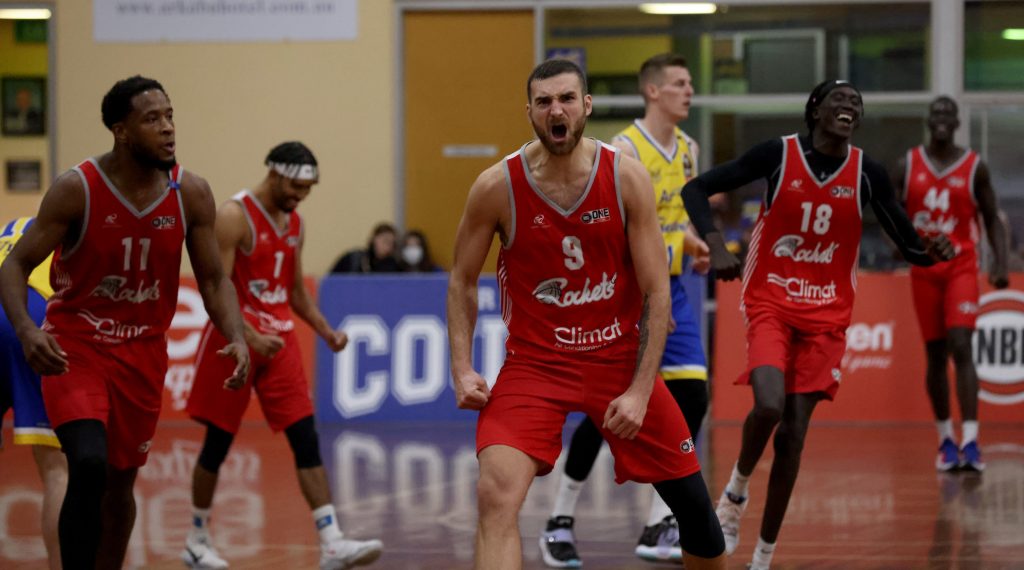 North Adelaide Rockets have advanced a step further into the preliminary final following their away win over Forestville Eagles. The Rockets had to shake off a challenge last week to win in overtime over Southern Tigers, and now the fourth placed side is one win away from a grand final after upsetting the second placed Eagles by nine points, bundling the Eagles out of the finals series in straight sets. It was an even first half with the teams level at half-time. The Rockets built momentum in the third quarter to go out to a two-point lead, then ran away with it in the last 28-21, to win 93-84 at Wayville Sports Centre.

The Adelaide 36ers duo of Jack McVeigh and Sunday Dech did all the damage, combining for 44 points, 21 rebounds and 10 assists in an impressive showing. McVeigh picked up a massive double-double of 20 points and 16 rebounds – 12 defensive – and four assists, while Dech recorded a team-high 24 points and six assists, as well as five rebounds and three steals. Verle Williams (22 points, three assists, two rebounds and two steals) flew under the radar thanks to his teammates, dropping four of seven from beyond the arc, while Jimma Dau (18 points, nine rebounds) was also potent from inside the arc and close to the basket.

There was not much more Michael Harris could have done on a scoring front for Forestville, dropping a massive 36 points – 14 of 26 from the field – as well as four rebounds, three assists and three steals. Harris was the only other player alongside Malith Macar (11 points, nine rebounds, five blocks and two steals) to play every second of the action. Meanwhile the other two key scorers were Gregory Mays (17 points, seven rebounds and four assists) and Isaac Atuer (17 points, six rebounds, two assists and two steals) in the loss.

Third placed Norwood Flames continued their great run knocking off the other top two side in Sturt Sabres by 14 points to secure a spot in the NBL1 Central grand final. The Flames defeated the Eagles last week to have a second chance up their sleeve, but did not need it, storming away at Springbank Secondary College to win 83-69. It was an even contest throughout with just one point separating the teams at the first three breaks, and then the Flames poured on the pressure with a 22-9 final term to secure the memorable 14-point triumph, and safe passage into the decider.

League Most Valuable Player (MVP) CJ Turnage was again unbelievable, draining 30 points at 50 per cent efficiency from the field, including four of 12 triples, and eight of 12 from inside the arc. The Flames star collected six rebounds and two assists to go with his points haul. He had plenty of support though, as Matt Lycett finished with a double-double of 17 points and 13 rebounds, as well as six assists. Anthony Green (15 points, nine rebounds, three blocks and two steals) and Daniel Webber (11 points, six rebounds and two assists) were the other players to reach double-figure points.

Joel Spear was by far the most effective Sabre, helping himself to a massive 34 points – five of 11 from beyond the arc – as well as four rebounds and three assists, but unlike Turnage he lacked more support. Jack Turnbull put up 10 points, seven rebounds and two assists as the next highest scorer, while Nik Fassos (nine points, nine rebounds and two assists) only fired at 30 per cent mostly from beyond the arc, though it was just as poor accuracy from Sam Daly (seven points at 18.2 per cent) and Max Calligeros (six points at 27.3 per cent), though both collected seven rebounds to impact that way.

Now Sturt will need to recover in time to face off against the red-hot North Adelaide Rockets in order to get a second crack at Norwood who will be waiting for the preliminary final winner in the grand final.