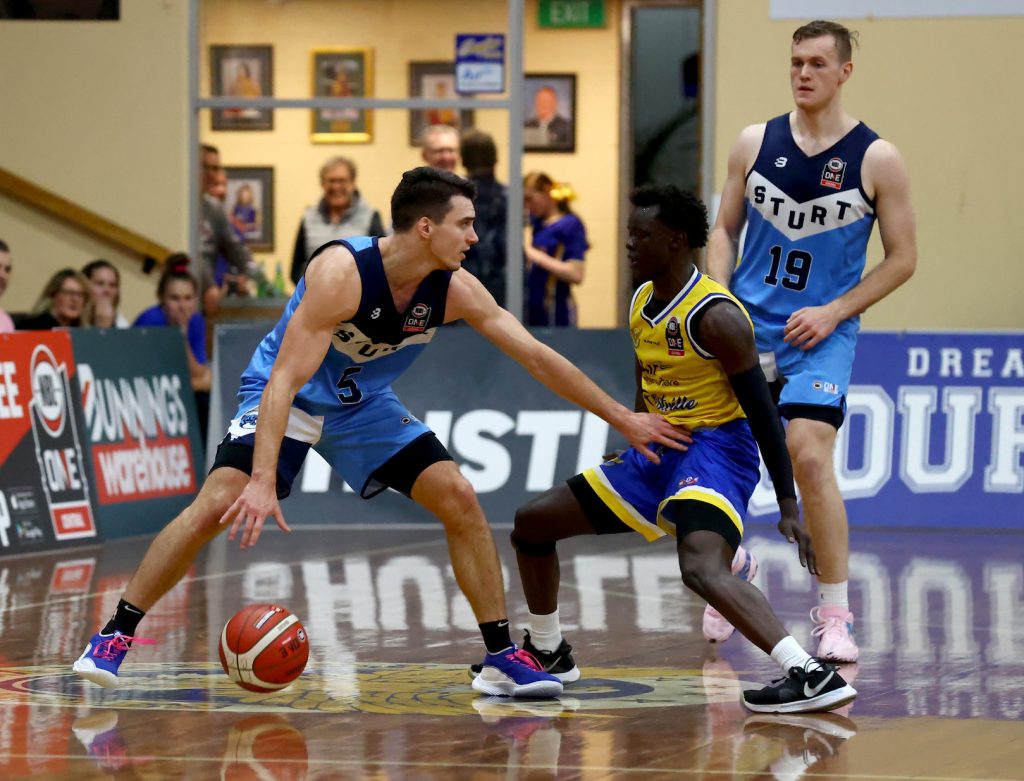 THE penultimate match of the National Basketball League (NBL)1 Central men’s division is here, with an unlikely clash between Sturt Sabres and North Adelaide Rockets taking place for the right to face Norwood Flames in the 2021 grand final.

There is no turning back for either Sturt Sabres or North Adelaide Rockets in their preliminary final hitout on Saturday night, with the winner to take on Norwood Flames next week in the decider. Not many people would have predicted this to be the preliminary final, with the top of the table Sabres suffering a shock loss to the Flames – who produced back-to-back wins over the top two sides in the finals series to earn a grand final place.

Perhaps even more surprising is the fourth placed Rockets sending out the second placed Forestville Eagles in straight sets last weekend, to set up a date with the Sabres and move just one win away from the championships. Whilst there is no turning back for either side, it has been that way the whole time for the Rockets in the finals series, staring elimination in the face the past two weeks and getting the job done. This game will be the toughest of the lot though, and is set to be a ripping contest.

Rewinding back to last week, the Rockets posted a nine-point win over Forestville, 93-84 on the back of a dangerous Adelaide 36ers duo. Jack McVeigh and Sunday Dech combined for 44 points, 21 rebounds and 10 assists, and will be a key focal point for North Adelaide to keep the run going. Importantly, the Rockets shared the rock around enough to get the win against the Eagles despite a 36-point outing from Michael Harris who was outstanding in defeat. They might need that even effort again this week after Joel Spear‘s best efforts for the Sabres in the semi-final loss.

Spear put up 34 points – including five of 11 from beyond the arc – though he was the only player on the Sabres side to record more than 10 points on the night. Reliable contributors Nik Fassos, Sam Daly and Max Calligeros all shot at 30 per cent or less, with Jack Turnbull (10 points, seven rebounds) the next highest scorer behind Spear. They did not have too many answers for the Flames’ well-balanced unit with the big men troubling the Sabres. That is where McVeigh, Dech and Jimma Dau – who finished with 18 points and nine rebounds himself in the Rockets’ win – will look to take full advantage.

Verle Williams also managed 22 points and can often be left unchecked due to the focus on the NBL-listed talents. If the teams play like they did last week – and the Rockets continue their form from this finals series – they could cause another boilover. However, the fact the Sabres had the week off and perhaps were a little rusty in their first final must be taken into account, and they will be looking for a more consistent performance here. Add to the fact the last time these sides played the Rockets won 94-90, and there is plenty weighing towards North Adelaide sending another team out in straight sets. Sturt will look back to their Round 5 demolition job of the Rockets, 78-58, but the rising team at full strength will be a much harder proposition this weekend.