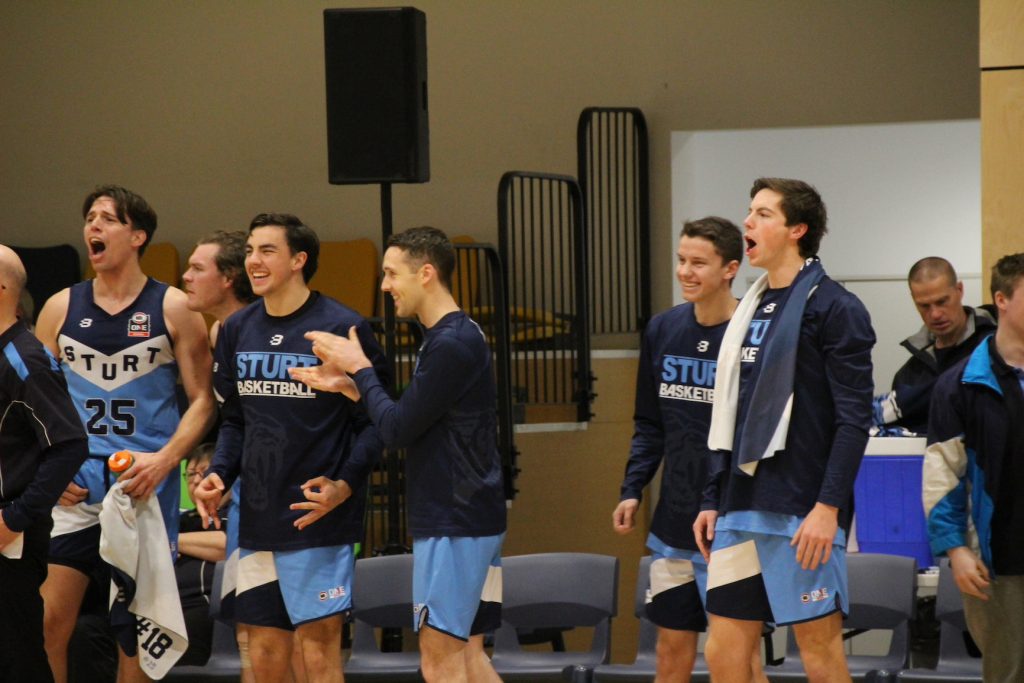 FOUR teams remain in the hunt for the National Basketball League (NBL)1 Central men’s division title. The minor premiers, Sturt Sabres and qualifying final winner Norwood Flames will face off for a spot in the grand final, whilst Forestville Eagles and North Adelaide Rockets will lock horns to remain in championship contention.

The second placed Forestville Eagles will be keen to bounce back from the shock loss to Norwood Flames, where the Eagles looked in control early before fading in the last three quarters. Back at Wayville Sports Centre for the do-or-die semi-final against North Adelaide Rockets, the Eagles will be looking to shoot more efficiently (37.3 per cent in the qualifying final) and look to take more command off the boards (minus three). The Rockets needed overtime to shake off the Southern Tigers in the elimination final, but still got the job done despite five less attempts from the field (76-81), which is something they can ill-afford Forestville. The teams had almost identical assist and rebound numbers in their clashes, though the Rockets turned the ball over 20 times to 12, which could be costly against a top side.

Michael Harris (28 points, six rebounds and four assists) was the dominant shooter for the Eagles, as Malith Machar (17 points, 12 rebounds) picked up a double-double. Gregory Mays whilst below his season average, still put up a handy 16 points – though went at seven of 18 from the field – eight rebounds and four assists. Jake Rios is a key playmaker when on song, and was solid throughout the qualifying final with 11 points, five assists and three rebounds, though all of the Eagles shooters shot at 50 per cent or lower.

North Adelaide also had all their shooters at below 50 per cent, with Jack McVeigh (26 points, 15 rebounds and four assists) dominating off the boards and being the key scorer, but only managing one of 10 from beyond the arc, and 10 of 25 overall from the field. Jimma Dau aided him perfectly with 17 points and 13 rebounds, with the pair the two the Eagles have to really lockdown on in order to avoid a straight sets finals exit. Verle Williams fit in with another 21 points, six rebounds and six assists to do it all, but he too only hit eight of 21 from the field, though still nailed three long-range attempts.

Overall the Eagles cleaner ball user should see them the winner here, though the Rockets will be spurred on after their thrilling overtime win in the elimination final.

Minor premiers Sturt enter the NBL1 Central finals series for the first time after a week off, and take on third placed Norwood Flames who guaranteed themselves at least a preliminary final spot after a fantastic away win against Forestville Eagles. The Sabres finished the season with 14 wins from 18 games, averaging a whopping 87.44 points per game and being a real force on offence. They shared the rock around to do plenty of damage and are championship favourites for a reason. The Flames did it the hard way but managed to overcome the Eagles after a slow first term, to run out four-point winners.

Despite the even contribution last week, the Flames will need to go to another level again to topple the Sabres, with the minor premiers the team to beat this season, and they will be keen to get to the grand final in the most efficient way possible.