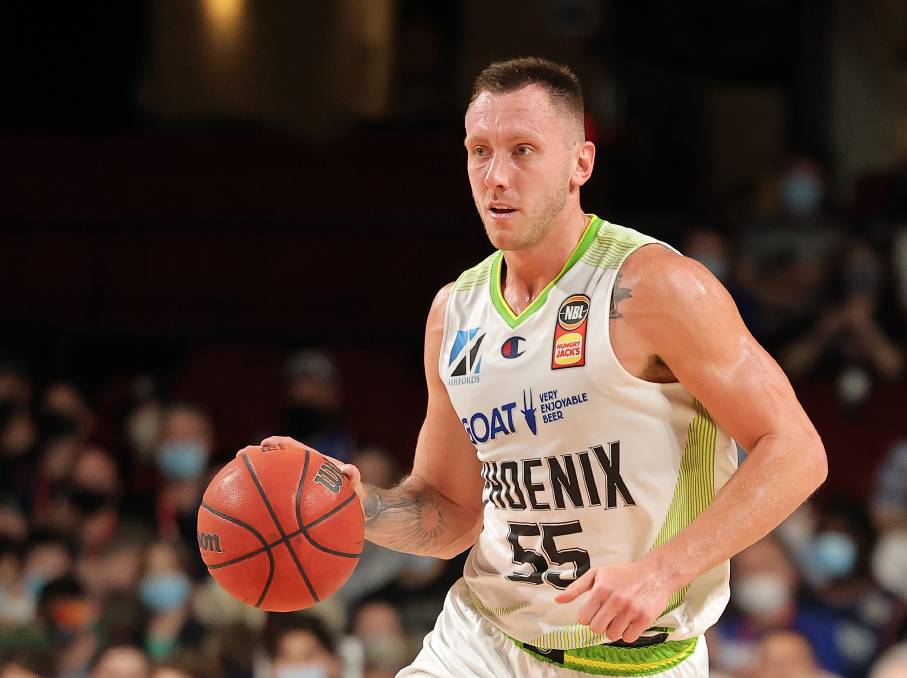 THE final part of our three-part series looking at the National Basketball League’s (NBL) top performers to Round 5 before the NBL Cup tips off, we focus on Perth Wildcats, South East Melbourne Phoenix and Sydney Kings.

Despite a difficult season MVP winner, Bryce Cotton has continued his merry way on the points scoring front recording a whopping average of 22.6 points. Although not the most accurate shooter sitting at 45 per cent from the field and 35 per cent from long range Cotton is Perth’s lynchpin. He also averages seven assists, 3.6 rebounds  and 2.2 steals a game.

Newcomer John Mooney has also stepped up to the plate for the Wildcats this season posting an average of 16.8 points across his 31 minutes on court while also registering double-double figures thanks to his 11.4 rebounds. Mooney is a real competitor across all areas of the court with the forward averaging two assists, 1.8 steals and 1.4 blocks a game.

Another dominant force for Perth has been Todd Blanchfield with the 30-year-old able to generate 13 points each time he steps out on court while also amassing 3.8 rebounds, two assists and one steal, highlighting his overall versatility and consistency.

Other top performers consist of Mitchell Norton, Jesse Wagstaff and Luke Travers. Norton has proven to be a steady stream of points with an average of 8.6 points, 3.4 rebounds and 3.2 assists while Wagstaff has produced an average of 7.8 points.

It is no surprise that superstar Mitch Creek has impressed for South East Melbourne Phoenix with the captain showcasing his scoring prowess to lead the side with 18.5 points. Shooting at 56 per cent from the field and 50 per cent from beyond the arc, Creek has made a name for himself with his reliability. He also averages seven rebounds and 3.13 assists a game along with per steal a game.

American import Keifer Sykes has wasted no time impacting the NBL and leading the Phoenix to a number of victories with his explosiveness and sheer athleticism. Sykes is a real playmaker for South East Melbourne as shown through his average of 18 points, 4.63 rebounds and seven assists while also mustering up 1.13 steals.

It has been somewhat of a coming of age season for Kyle Adnam putting out an average of 10.38 points a game to accompany his 1.63 rebounds and 1.75 assists. Although he does not register a wealth of court time as shown through his 20 minutes on court, his ability to hit the scoreboard is undeniable.

The Phoenix have a number of other key contributors that have assisted with their current ladder position as Yannick Wetzell consistently chimes in with an average of 10.38 points while Ben Moore has also proven to be handy to keep the scoreboard ticking over through his 9.25 points and 8.63 rebounds a game.

Livewire Casper Ware is a real lynchpin for the Kings and while it has not been the season they would have hoped for, Ware is still up to his old tricks. Boasting an average of 20 points a game and a 42 per cent conversion rate Ware leads the way for Sydney while also accumulating 2.29 rebounds, 3.29 assists and 1.29 steals.

Partner in crime Jarell Martin has also found his groove for the Kings sinking up with the likes of Ware to produce 18.75 points and an impressive 7.14 rebounds showcasing his overall dominance. Martin has been a key inclusion for the side this season after a number of key cogs departed at the conclusion of the 2020 season.

Dejan Vasiljevic has well and truly stepped up a level in 2021 sinking an average of 17 points over his seven games. Not the most accurate shooter sitting at 44 per cent from the field and 37 from the perimeter, Vasiljevic is a consistent performer who also manages 3.29 rebounds and two assists a game showcasing his ability to impact in other areas.

Experienced figure Brad Newley is another role player for the Kings knocking back 10.86 points a game along with 5.29 rebounds while Shaun Bruce is handy with ball in hand credit to his 4.86 assists and 5.86 points.