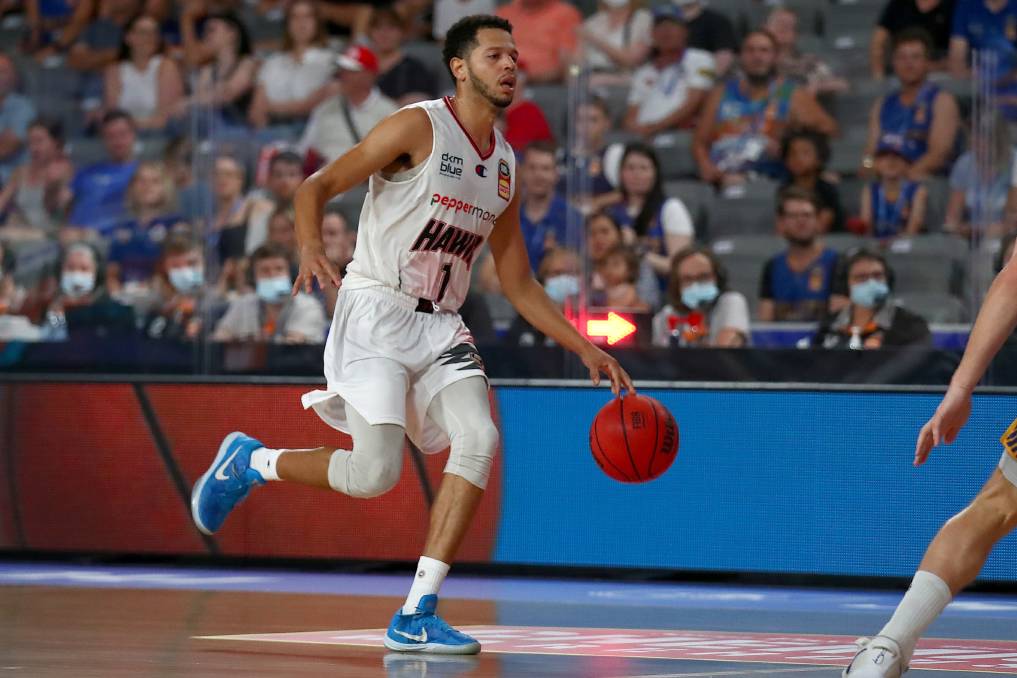 IN the second of our three-part series looking at the National Basketball League’s (NBL) top performers to Round 5 before the NBL Cup tips off, we focus on Illawarra Hawks, Melbourne United and New Zealand Breakers.

Tyler Harvey has taken the competition by storm with the guard constantly imposing himself on the competition thanks to his commanding 193cm frame. Harvey has taken like a duck to water this season for Illawarra, averaging a team high 21.64 points a game at 48 per cent from the field. The American import also manages averages of 3.43 rebounds and 2.14 assists in each outing while also collecting a steal a game.

Fellow recruit, Justinian Jessup has made a splash so far this season averaging 14.71 points a game well shooting at 47 per cent accuracy from the field. Jessup has also proven to be a handy figure on the rebounding front reeling in four rebounds a game while also collecting two assists.

Sam Froling has also wasted no time for the Hawks consistently impacting the contest and keeping the scoreboard ticking over thanks to his average of 11.14 points a game and 7.71 rebounds. The 213cm forward has proven to be a key cog for the Hawks rise up the ladder this season averaging 26 minutes on court and 1.14 blocks a game showcasing his skillset to do damage in all aspects of the game.

In terms of other key play makers for the side, Cameron Bairstow has showcased his scoring nous to secure 11 points a game along with an impressive 7.75 rebounds. Teammates Justin Simon also registered 6.71 rebounds to accompany his nine point average.

The ever-reliable Chris Goulding has once again led from the front in season 2021 for Melbourne United paving the way for his side through his tenacity and game smarts. Boasting a team high average of 16.8 points albeit at 47 per cent from the field, Goulding has continued his dominance at the NBL level registering 3.2 rebounds and 1.8 assists to keep his side on top of the table.

Surprise packet and new recruit Jock Landale has been a welcomed breath of fresh amongst the United crew with the center complementing Goulding across the court. No stranger to the scoreboard, Landale has managed an average of 15.17 points a game at an impressive 55 per cent accuracy from the field. He also starred in other facets of the game amassing 7.67 rebounds, 2.67 assists and 1.67 blocks per game.

Jack White also plays a pivotal role for United piling on 10.33 points a game while also securing 6.83 rebounds in each outing. Although not the most proficient with ball in hand as shown through his 0.83 average assists, White possesses plenty of defensive traits registering 2.67 blocks a game.

Outside of that trio United have a number of other capable scorers with Scotty Hopson and Jo Lual-Acuil managing 9.83 and 9.8 points respectively a game. Lual-Acuil is also handy off the boards credit to his 6.8 rebounds while Mitch McCarron leads the way for assists with 4.67.

There is no denying that Tai Webster has been the main port of call for the Breakers throughout the season so far averaging an impressive 20 points a game. After making his way back after a hiatus from the NBL, Webster has produced some impressive performances taking his averages to 6.6 rebounds, 5.4 assists and one steal.

Partner in crime Finn Delany has also been a crucial source of points for New Zealand producing an averaging of 14.2 points a game despite only sitting at a lowly 42 per cent from the field. He is strong off the boards collecting 6.4 rebounds a game while also proving his dominance in the air with 1.4 blocks.

Corey Webster is another standout for the Breakers this season with the 188cm guard continuously applying scoreboard pressure through his average of 13.25 points while also collecting 1.25 assists and three rebounds.

Although the side has struggled to generate wins this season, Lamar Patterson has been influential in patches averaging 10.2 points a game while Tom Abercrombie has also had moments of magic producing stats of eight points a game and 4.8 rebounds.