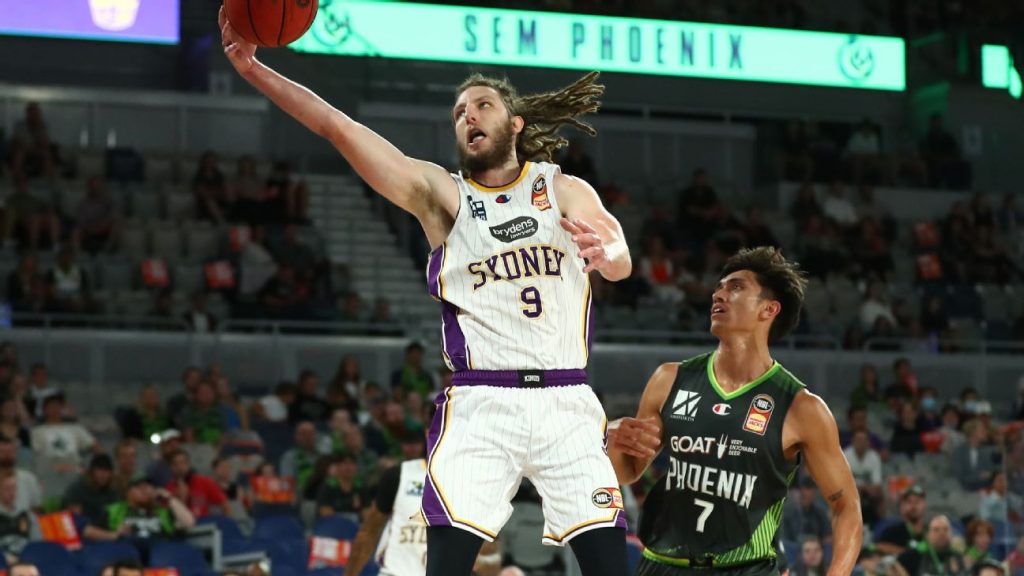 ROUND 13 of the National Basketball League sees a number of teams prepare to take the court twice as the backend of the season quickly approaches. After having to reschedule a game last round, the Illawarra Hawks are set to play three games over the course of six days as they look to stay in the hunt for a top four slot.

The 36ers only play one game for the round and, having dropped to seventh on the ladder, desperately need a win to keep their slim finals hopes alive. However, it will not be easy, having to combat a firing Perth Wildcats side that are strong in every which way possible. Adelaide have struggled without Isaac Humphries who proved to be a lynchpin across the court. But in his absence the likes of Josh Giddey and Daniel Johnson have stepped up to the plate. Johnson leads the way with 20.33 points, 7.24 rebounds and 2.86 while Giddey boasts a stat line of 11.06 points, 6.86 rebounds and 6.72 assists. Tony Crocker has been a pillar of consistency playing 20 games while Sunday Dech just falls short of double-digits when it comes to points.

The Bullets are only one win outside of the top four and if they manage to secure the two wins here could be within a chance to leapfrog up the ladder. The first game sees them take on Illawarra Hawks who have struggled for consistency as of late, while their next clash is against the second placed Melbourne United who have recaptured their dominant ways. Nathan Sobey has been a consistent figure for the Bullets averaging 23.36 points, 4 rebounds and 4.11 assists a game. Victor Law is another one that will be eyeing off a big game against the higher placed opponents producing 18.81 points and 8.25 rebounds a game while Anthony Drmic, Matthew Hodgson and Jason Cadee are instrumental.

It is going to be an exhausting round of basketball for the Hawks, having to play three games over the span of less than a week. The Hawks get things started with Brisbane Bullets on Wednesday night before following it up two days later against the Phoenix. They cap the round off on Sunday against the Taipans who have struggled for form the entire season and will be hoping to capitalise here. They will be hoping that Tyler Harvey is back to his damaging best after suffering back spasms last round and unable to have a huge influence on the game. His presence is undeniable averaging a team-high 19.21 points, 3.42 rebounds and 2.68 assists. Justinian Jessup is another playmaker managing 14.4 points a game while Cameron Bairstow is solid. The Hawks will need support from the likes of Sam Froling, Justin Simon, Deng Adel and Andrew Ogilvy if they are to get over the line in all three games and make a real play for a top four position.

Getting back to their winning ways, United are currently sitting on a five game winning streak and will be out for blood once more against the lowly Breakers and out of touch Bullets. The Breakers have had a rough run of things and United will be eager to capitalise on that while the Bullets are inconsistent to say the least. Only sitting a game away from top spot expect United to leave no stone unturned. Melbourne look to a number of players to ply their trade with Jock Landale topping the table with 16.25 points, 7.85 rebounds and 1.6 blocks a game. Captain Chris Goulding is influential and will be out for a big couple of games averaging 16.21 points while Mitch McCarron is another livewire for Melbourne United thanks to his 11.95 points, 5.25 rebounds and 4.65 assists. Unfortunately, United will be without Jack White after he ruptured his Achilles meaning Scotty Hopson, Yudai Baba and Shea Ili will have to be on their A-game to notch up the two wins.

It is going to be difficult weekend for the New Zealand Breakers who first step out on the court on Saturday and then have to back it up a few days later on Tuesday. Although they will be used to the short turnaround it is their opposition which spells danger up against the top two sides in Melbourne United and Perth Wildcats meaning they will have their work cut out for them. The Wildcats are in ripping form while United have re-found their rhythm and are looking ominous. But the Breakers are not without some key talent of their own such as Tai Webster (19.35 points, 5.12 rebounds and 6 assists), Finn Delany (14 points, 6.29 rebounds and 1.88 assists). Tom Abercrombie and Colton Iverson are others to keep a watchful eye on as they look to claim their sixth win of the season.

Perth will be looking to continue their winning ways with another couple of victories across Round 13. They will look to open their account against Adelaide 36ers on Saturday night and then follow it up on Tuesday against the eighth placed Breakers. Bryce Cotton is the go-to man constantly lighting up the court thanks to his impressive 25.83 point average, 2.67 rebounds and six assists. Partner in crime John Mooney is the other playmaker for the reigning champs boasting a double-double of 17.22 points and 12.22 rebounds. Todd Blanchfield cannot be underestimate with the captain a consistent figure thanks to his 14.17 points and 3.28 rebounds.

South East Phoenix will lock horns with Illawarra on Friday night before fronting up to play Sydney two days later. The Phoenix have locked down third spot on the ladder, currently sitting two games clear but a couple of wins here could all but solidify their standings. Mitch Creek was back amongst it last round and will be hoping to build on his form boasting a season average of 20.28 points, 6.94 rebounds and 3.5 assists. Keifer Sykes is steadily building back into the thick of things while Ryan Broekhoff’s dominance is starting to come to the fore with 8.83 points to his name. Kyle Adnam has been a revelation and will be keen to keep those good times rolling while Ben Moore and Yannick Wetzell are excitement machines.

The Kings will have their work cut out for them facing off against Perth in their first game before locking horns with South East Melbourne Phoenix. It is going to be a top four battle all-round for the Kings and a couple of strong wins here could set them up for the backend of the season. Casper Ware is the in-form player for the Kings with the guard dominating with a 19 point average while import Jarrell Martin has been a revelation. Keep an eye out for Dejan Vasilijevic and Didi Louzada with the latter finding his form last week.