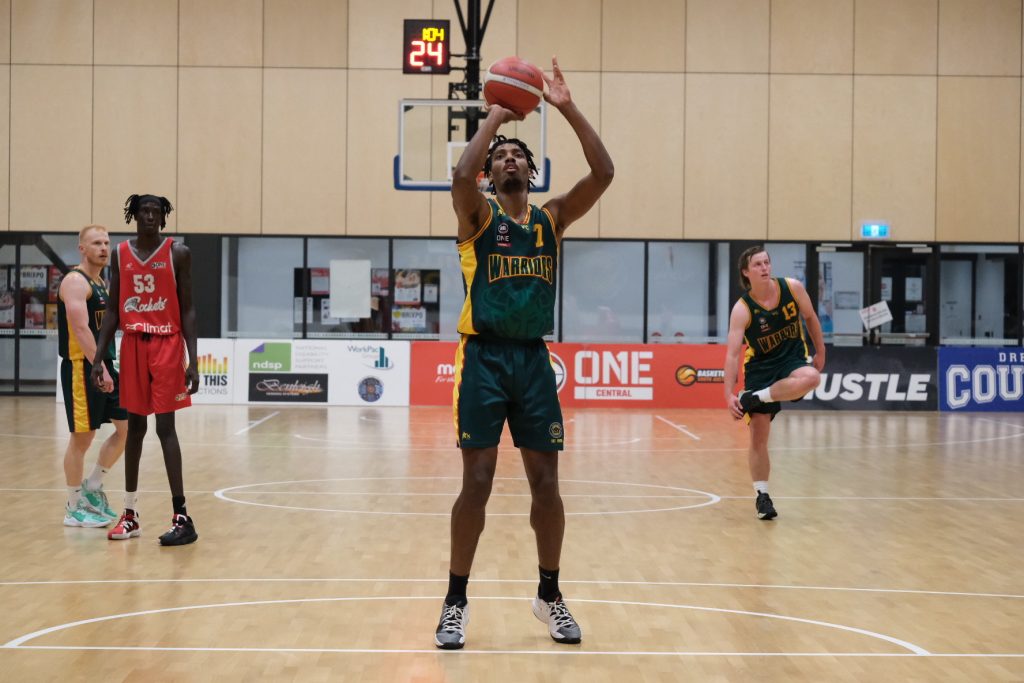 THE National Basketball League (NBL)1’s Central Division has recently concluded their 2021 season, with the North Adelaide Rockets emerging victorious in the grand final. There were plenty of close contests and outstanding individual and team performances in an entertaining year. With the year completed, let’s take a look at our 2021 team of the year, with the best performer at each position selected.

Jacobs had a terrific season for the Warriors, demonstrating his ability to score while also facilitating teammates and pulling down an excellent amount of rebounds for a guard. He had a number of inspiring performances throughout the season, with his court vision creating many opportunities for his teammates. His best outing came against the West Adelaide Bearcats, where he led his team to an impressive victory with 20 points, nine rebounds and 11 assists in an outstanding all-around performance. His efficiency also caught the eye, shooting over 50% for the season. Adelaide 36er and North Adelaide Rocket Sunday Dech could have come into consideration for this spot, but lacked enough games played due to his time in the NBL.

McVeigh didn’t play an entire season due to NBL commitments, but his second half of the NBL1 season was outstanding, impacting games with his ridiculous ability to score the ball, leading the league in points per game by season’s end. His rebounding was also impressive given his guard positioning, and he showed why he is simply a class above. His strongest performance came when he faced the Forrestville Eagles, where he dropped 42 points and 11 rebounds and led his team to a convincing 24-point win. He also had multiple other outings of 30+ points, and will be a handy addition to the new Tasmanian Jackjumpers NBL expansion team next season.

Turnage was the epitome of consistency throughout the 2021 season, constantly delivering for his side when they needed someone to guide them to victory. His work on both ends of the floor impressed and his shooting numbers were always ideal. He was a major reason why the Flames made it to the grand final, and while they couldn’t get over the final hurdle, Turnage’s season must still be applauded, especially his start to the year where he dropped 73 points in the first two games.

Mays was a force to be reckoned with in a strong Eagles outfit that managed to finish second on the ladder by seasons end. Mays led his team in scoring for the year and was also a strong rebounder. He unfortunately couldn’t advance his side to the grand final on his own, but he remained a major factor in getting them into the postseason in the first place. Back-to-back games midseason of 31 points demonstrated his explosive ability to score and drag his team to a win with his offensive and defensive presence.

Jackson was a machine on both ends of the court for the Warriors in the 2021 season. Combining with guard Julian Jacobs, Jackson was able to punish opponents on both ends of the court. His league-high 1.83 blocks per game showed his ability to work both ways, and swat countless opposition attacks. His scoring improved by season’s end, and he was a headache for opposition coaches to try and contain. A 25-point, 16-rebound, five-assist, four-block game against South Adelaide proved to be a season highlight.