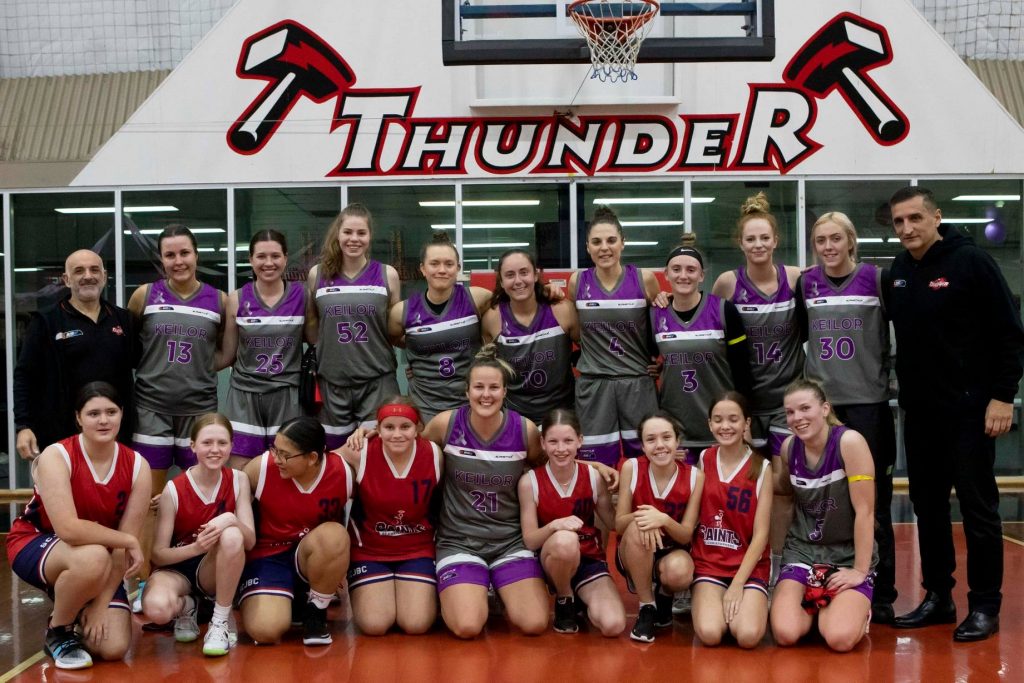 ROUND 10 of the Big V Women’s saw Bulleen and Sunbury continue their reign atop of the ladder with convincing wins in their respective clashes. Casey and McKinnon also got notable wins while Whittlesea slumped to their tenth straight loss for the season.

Bulleen proved why they are serious finals contenders notching up another win and defeating Hawthorn by 13 points. The Boomers got the jump on the Magic early establishing a 12-point lead and while Hawthorn worked their way back into the contest in the second and third term Bulleen dug deep to power home. It was a hard-fought win as the Boomers were stifled after the first quarter, unable to play with the same level of freedom.

Sian Gillam plied her trade for the Magic getting busy with 17 points at 30 per cent from the field and eight rebounds. Gemma Fyfe chimed in with 10 points, four rebounds and three assists as Ella Crump inserted herself into the thick of things with eight points. Amy O’Hara had a game to remember off the boards reeling in a whopping 17 rebounds with 11 of them defensive while also managing seven points. Kate Gaze was influential once again, producing 25 points and while she was not clinical from long range (two from nine) still found plenty of the ball. She also racked up nine rebounds and four steals as Louella Tomlinson made no mistake with her 18 points in her 38 minutes on court. Tomlinson registered another double-double thanks to her 17 rebounds while Hailey Merrigan was the next prominent shooter with six points in the win.

The Hume Broncos got the chocolates over Whittlesea as the Pacers remain winless for the 2021 season. It was a tale of two halves as Hume got the jump on Whittlesea earlier before they started to build momentum in the second half of the match. Hume came out with a real fire in the belly piling on 22 points to 14 in the opening term and upped the ante even further in the second quarter sinking 27 points while keeping their opponents to 10. Establishing a commanding lead by half time, the Broncos somewhat took their foot off the pedal as Whittlesea worked their way back into the contest.

Lyndsey Hoogenhout was at her damaging best with 23 points at 37 per cent from the field as she also flexed her muscles off the boards amassing 15 rebounds and four assists. Lauren Killmister was the next best thanks to her 10 points and five rebounds as Saule Kontautaite was down on her usual output only producing nine points in her 40 minutes on court but still managing five rebounds, three assists and four steals. It was a much more even contribution from Hume as five players hit double-digits. Jessica Azzopardi led the troops with 15 points albeit at 30 per cent from the field while she also amassed 10 rebounds, three assists and two steals. Tashia Overby got busy in her 36 minutes on court with 13 points as Paige Tawaf also impressed recording 12 points, six rebounds and two steals. Sophie Byrnes hit the mark with 11 points as Leilani Siamoa was the sole other player to reach double-digits thanks to her 10 points, six rebounds all of which were defensive, three assists and two steals.

Wyndham flexed their muscles over Keilor downing them by 17 points. They did not look like losing from the opening tip-off as Wyndham controlled the flow and tempo of the game especially in attack to find the basket. Despite a bit of a blip in the radar in the second term where the Thunder fought their way back to only be down by two points at half time Wyndham dominated the second half. Scoring 23 points and 24 points respectively while keeping Keilor to 15 and 17, Wyndham did not relent on their pressure to grind out the game and improve their standings on the ladder.

It was the Nicola Handreck show as she took centre stage for Wyndham with her 32 points at 67 per cent from the field. Some of Handreck’s best work came from beyond the arc as she drained nine of her 13 attempts while she also impressed off the boards with eight rebounds. Georgia Tauschke was a commanding force for the victors producing 17 points and seven rebounds while 12 proved to be the magic number for both Jessica Scannell and Courtney Middap as they recorded 12 points apiece. Looking at Keilor, Ally Keating was the most prolific shooter walking away with 18 points, four rebounds and three steals. Bianca Babic was hot on her heels with 14 points and seven rebounds as Emily Suckling produced 11 points at 31 per cent from the field.

A blistering first quarter from Sunbury gifted them the win over Casey as the rest of the game was played at even pace. Sunbury poured on 26 points to 11 in the opening quarter to claim the ascendancy and push Casey onto the backfoot. After quarter time the Jets were well held as Casey upped the ante in defence to really take it to their opponents and shut down their attacking options. However on the flipside Sunbury did not relent on their defensive pressure making it difficult for Casey to find any fast breaks.

Jacinta Beckley appeared to bring her own ball to the game topscoring with 30 points at 52 per cent. Beckley set the tone for the rest of her team as she also pulled in six rebounds, four assists and three steals. Bianca Dufelmeier also contributed highly with 17 points at 50 per cent from the field and just fell short of a double-double thanks to her nine rebounds. Courtenay Wragg inserted herself in the action with 10 points while Orla O’Reilly was a nuisance in defence with eight rebounds and two steals. Rachel Bell plied her trade for Casey posting 15 points and five rebounds. Credit to the work of the Jets, Shereesha Richards was down on her lofty standards sinking 14 points in her 40 minutes on court but still impressed off the boards registering 11 rebounds. Sarah Parsons was the other key contributor for Casey as she poured on 10 points and proved to be dead eye from the charity stripe.

The final game of the round saw McKinnon defeat Southern Peninsula to secure their seventh win of the season and keep the Sharks towards the bottom of the ladder. McKinnon did all the running in the first quarter establishing an 11-point lead and steadily added to that margin throughout the game. McKinnon kept Southern Peninsula to 11 points in both the first and third term credit to their defensive pressure.

Four players managed to reach double-digits with both Claire Ioannidis and Rosie Fadljevic sitting on 14 points apiece. Fadljevic did not need long to assert herself on the game playing just 17 minutes and getting involved in just about everything racking up eight rebounds and five assists. Tara Brunto nailed 12 points and six rebounds while Tegan Cunningham chimed in with a handy 11 points and 13 rebounds. Morgan Ili was influential with her nine points and showcased her strength off the boards with 13 rebounds nine of which were offensive. Once again it was Tanarly Hood that stepped up to the plate for Southern Peninsula with 15 points and six rebounds while Ashleigh Wright worked tirelessly with her 12 points and three rebounds. Jayde Popovski continued her merry way sinking nine points in her 21 minutes on court while Fiona Darnell put up a strong performance off the boards with eight rebounds.

The job for Southern Peninsula does not get any easier as they take on premiership favourites Bulleen Boomers. A top of the table battle between Casey and McKinnon will bring plenty of excitement while Hume will have their hands full against an in-form Wyndham. Keilor will look to keep Whittlesea winless with a strong performance at home while Sunbury will take on Hawthorn in the final game of the round.