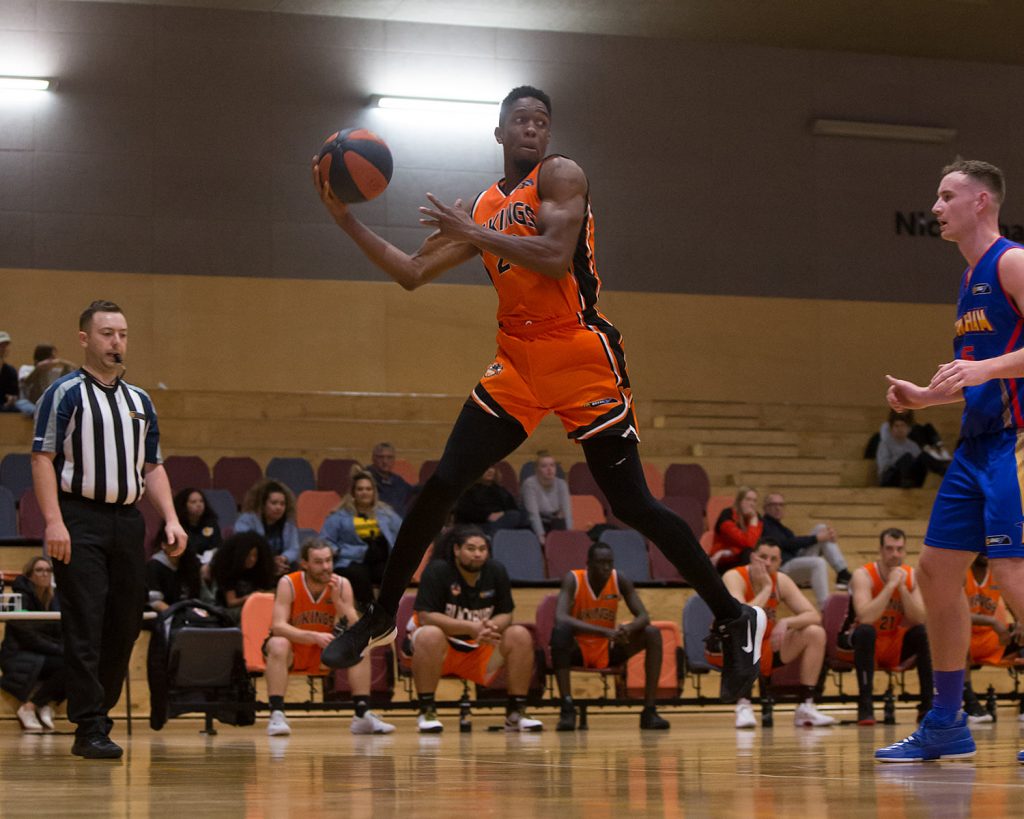 THE Jets’ undefeated start to the season came to an abrupt end as Casey got the chocolates in their clash, while Keilor Thunder and Wyndham came away big winners in Round 6 of the Big V Men’s.

Wyndham got the job done against Blackburn in style defeating them by an impressive 37 points. The winners made their intentions incredibly clear from the opening stanza of play piling on 27 points while keeping the Vikings to 11. In fact, Wyndham won every single quarter showcasing their control on the tempo and ability to nullify their opponents.

Tomi Ayilara was the top scorer for Wyndham sinking 18 points at an impressive 83 per cent accuracy. He did not stop there as he also dragged down nine rebounds in an all-round strong performance. Stefan Pomasan was up to his usual tricks posting 17 points but could have had more converting at 46 per cent from the field along with eight rebounds, six assists and four steals while teammate Kobe Pearson also impressed with his 15 points and three assists. Matthew Scammell worked gallantly for the Vikings adding 11 points to their total and was the only player to reach double-figures for his side. Three players in Terrance Swayne, Neal Mueller and Mark Berezdecky slotted six points each with Swayne also getting busy with 10 rebounds while James Tanner and Michael Zuccolo recorded five each but it was not enough to worry Wyndham.

Keilor Thunder continued their recent run of hot performances notching up their fourth win of the season, this time downing Western Port. They led from the opening quarter and did not falter throughout the game with a damaging third quarter proving to be the nail in the coffin.

Four players from the Thunder made it out of single digits with Nicholas Masunda leading the troops with 21 points to his name. Masunda inflicted plenty of pain in his 25 minutes on court amassing 10 rebounds and three assists. Teammate, Mitch Lukey also plied his trade with 18 points at 50 per cent from the field while Jeremy Edwards was strong with 17 points, seven rebounds and two steals. The only other player to reach double-digits was Charleston Long who produced 14 points, seven rebounds and six assists. Daryl Corletto was the main playmaker for Western Port nailing a team-high 16 points, three rebounds and four assists as Bevan Camilleri chimed in with a handy 13 points. Jack Gaze also made his presence felt with his 12 points, proving to be accurate from three point range sitting at 100 per cent.

It was a close contest between Chelsea and Hume with the former just sneaking away with a narrow four-point win. It was only Chelsea’s second win for the season as they created some much needed separation off the bottom of the ladder while Hume will be disappointed they were unable to record their third victory. Chelsea did all the running ealy and while the Broncos fought back in the second and third quarters respectively they were unable to ruffle any feathers, falling short.

Once again it was the efforts of Nathan Frost that stood out as he dominated on the scoring front with a whopping 30 points at 60 per cent from the field. His form also filtered into his rebounding capacity as he racked up an impressive 17 with 13 of them defensive. Corey Standerfer was another familiar face that stepped up to the challenge for Chelsea producing 22 points, seven rebounds, four assists and two steals in the win. Aaron Frost also took charge with 17 points in his 31 minutes on court as he helped steer his side in the right direction. For the Broncos the ever-reliable Mackuei Puondak took the reins sinking a game-high 33 points, eight rebounds and four steals. Joel Rimes got busy with his 16 points as did Jake Martin who managed to ram home 12 points in the narrow defeat.

Sunbury Jets suffered their first defeat of the season going down to Casey by 12 points. After a tight opening half of basketball where Sunbury held a narrow four point lead, Casey pulled out all the stops in the third to not only go on the offensive and score with great ease but reduce the fluidity and attacking tendencies of the Jets piling on 29 points to 13. Neither side could be separated in the fourth quarter with 22 points apiece but the damage had already been done.

The scoring load was well shared between the Jets as four players got their hands dirty to post double-digits. Ivanne Loncaric and Trevon Clayton both made their presence felt with 15 points apiece with the latter just falling short of a double-double registering nine rebounds. Jayce Beasley contributed a handy 13 points while Nathan Baker did his part with 10 points, four rebounds and seven assists in a losing effort. Matt Donlan proved to be the game-changer for Casey sinking 21 points, seven rebounds, two steals and two assists and although Anthony Williams Jr was not as prolific on the scoring front with 10 points still managed a double-double thanks to his 13 rebounds. Calvin Enge and Michael McInnes were also influential in the win draining 14 and 13 points respectively.

The final game of the round saw Hawthorn topple McKinnon with the lower placed side shocking McKinnon. It was only the Magic’s second win of the season and they did it in style leading from get-go in what was a strong showing. Their best quarter came in the third, otherwise known as the premiership quarter sinking 30 points to 18 and while McKinnon bit back in the final stanza it was too little too late.

Joe Furphy seemed to have the ball on a string producing an impressive 29 per cent with his accuracy at the charity stripe coming to the fore sitting at 100 per cent while he also proved to be handy off the boards with seven rebounds. Kirk Smith was strong with 15 points, three rebounds, three assists and three steals while both Patrick McBrearty and Jarrod Molnar got busy with 10 points each. Jordan Geer lit up the court for McKinnon with 31 points at 47 per cent from the field while also showcasing his prowess off the boards in defence with seven rebounds. Matt Tolnai plied his trade with 15 points to his name as both Jack Wilson and Luke Shelley nailed seven points each but it was not enough to stop the Magic.

Western Port and Hawthorn are locked in for Saturday night as Sunbury look to get back on the winners list against a confident Wyndham side. Casey and Chelsea are set to fight it out while McKinnon and Blackburn take the court at GESAC. The final game of the round is between the lower placed Hume Broncos and second placed Keilor Thunder.