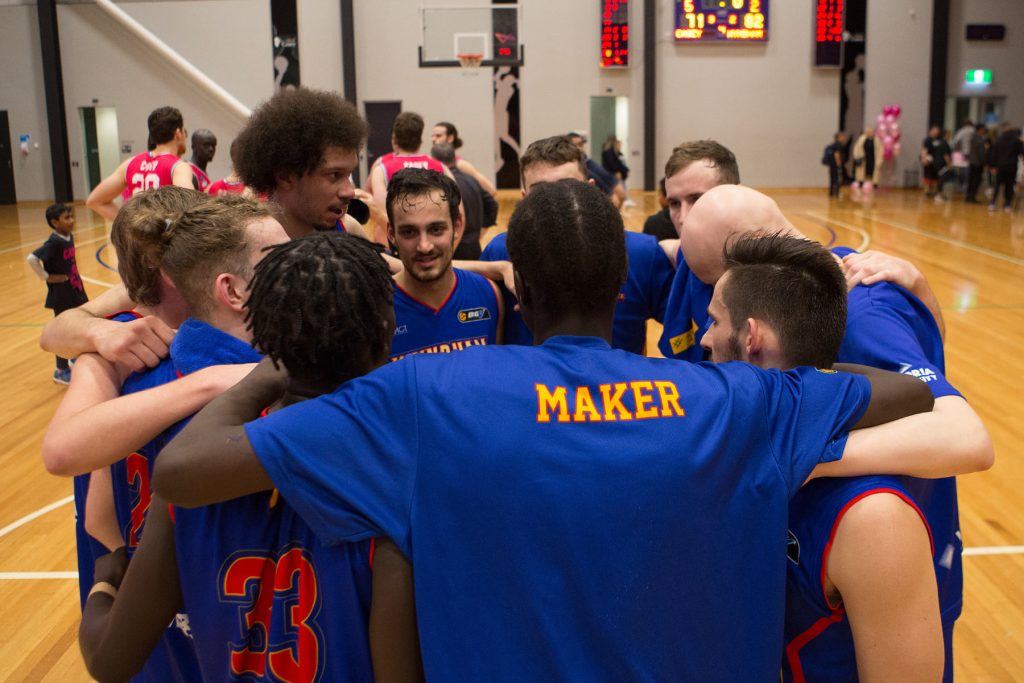 ANOTHER Round of Big V rolled around as the top of the table Thunder continued their winning ways as did Wyndham. McKinnon were handed a loss off the back of some strong work from Hume Broncos while Blackburn and Western Port continue to linger at the bottom of the ladder.

Hawthorn flew out of the blocks against Sunbury piling on 22 points to 16 in the opening quarter. That momentum continued into the second term as they added to their growing tally to take the halftime score to 13 points. Things tightened up in the second half of play as both sides could not be separated scoring 15 points apiece in the third and 24 points apiece in the fourth quarter with the damage being done ultimately in that opening half of play from the Magic.

Joe Furphy proved to be the game changer for the magic as he slotted 23 points at 53 per cent from the field he was also incredibly accurate from the free throw line sinking five of his six shots at 83 per cent. He also reeled in nine rebounds and five assists while teammate Ryan O’Sullivan was equally as impressive with 17 points to his name and five rebounds all of which were defensive. Jarrod Molnar was the only other player to reach double figures sinking 15 points in his 25 minutes out on court. He also amassed four rebounds and two assists. Looking at Sunbury and they had four players hit double digits but it was Nathan Baker that led the way with 17 points in his 32 minutes out on court. He shot at 54 per cent from the field and also showcased his class from downtown sinking three triples. Nathan Marshall, Corey Bellman and Jayce Beasley all finished the match with ten points to their name with Marshall also showcasing his crafty court play to dish off seven assists in the loss.

It was an incredibly tight battle between Western Port an Wyndham with the latter eventually getting over the line albeit by four points. Wyndham raced out of the gates in the first quarter drilling 25 points to 17 but that was short lived as Western Port managed to fight their way back into the game in the second quarter adding 23 points to their total while keeping Wyndham to just 14. The third quarter was a scoring bonanza as Western Port nailed 30 points and Wyndham, 33 showcasing the high calibre talent out on display. Things intensified in the final quarter with Wyndham just doing enough to sneak over the line and claim the win.

Jake Gaze was the man of the moment for Western Port piling on 25 points at an impressive 67 per cent from the field. He also proved to have a hot hand from downtown sinking eight of his twelve attempts. Bevan Camilleri and Jay Allen also chimed in with 13 and 15 points respectively in the loss. Daryl Corletto was his usual self, albeit a fraction down on his high scoring, finishing with eleven points but still managed three rebounds, five assists and two steals. Moving on to Wyndham and Tomi Ayilara was the top scorer thanks to his 21 points in his 22 minutes out on court. He was deadeye accurate from beyond the arc nailing three triples at 100 per cent while he also managed four rebounds and two steals. Stefan Pomasan was another key figure for Wyndham with 15 points, four rebounds and nine assists while Cameron Hutton finished with seven points to his name and an impressive ten rebounds.

Hume have continued their merry way notching up another win this time against McKinnon. It was a close start to the game with only two points separating the two sides at quarter time. McKinnon came out stronger in the second quarter to overcome their two point deficit and take a narrow one-point lead into half-time. But unfortunately that is where it stopped for McKinnon as Hume took the reins piling on 28 points to 23 in the third term and kept their foot on the pedal in the 4th to outscore McKinnon comfortably.

Luke Shelley was at his best for McKinnon sinking 18 points at 50 per cent from the field while he also registering two rebounds and two assists. Jordan Vandenberg recorded an impressive double-double thanks to his 12 points and ten rebounds in the loss for McKinnon while teammate Jordan Geer also found his way with 14 points, 10 rebounds and three assists in a strong showing despite being in a losing side. It was the Shayan Mahoboobi and Jake Martin show for Hume as the duo combined for 45 points. Martin just edged ahead with 23 points and nine rebounds as Mahboobi finished with 22 points and six assists. The ever reliable Mackuei Puondaki made his presence felt thanks to his 12 points and 10 rebounds while Liam Killey got busy in his short time out on court to finish with 11 points and six rebounds to his name.

Keilor flex their muscles against Chelsea claiming a strong 18-point win last Friday night. It was all one way traffic for majority of the game with Keilor establishing an early lead and not relenting throughout the game. The third quarter was the closest of the match as both teams piled on 16 points apiece unable to be separated. But that was not enough to ruffle the feathers of the Thunder as they already had a handy lead and continued to add to that in the final quarter as they sunk 23 points and kept Chelsea to just 17.

Corey Standerfer was the dominant scorer for Chelsea as he produced 23 points but could have had more, had he been more accurate from the field only going at 33 per cent. He was strong defensively amassing six steals and five rebounds. Nathan Frost was handy for Chelsea as he nailed 16 points and proved to be a force to be reckoned with off the boards thanks to his 18 rebounds meanwhile Aaron Frost was less potent but still played a significant role thanks to his nine points and seven rebounds. Keilor had a plethora of players step up to the challenge as five players ventured into double-digits. Luke Sist led the troops with 17 points, 15 rebounds and five assists in another stellar performance. Charleston Long once again featured highly thanks to his 16 points and 10 rebounds as Bol Bak chimed in with 11 points in his 18 minutes on court. Both Matt Spencer and Joel Bellman finished with 10 points apiece in the win, in an all-round comprehensive performance by the Thunder.

The final game of the round, saw Casey topple Blackburn by a mere 10 points. Casey pushed out to a nice early lead and did not look like giving that up at any stage throughout the opening half. The Cavaliers showcased their scoring prowess in the second quarter nailing 32 points compared to Blackburn’s 19. The table started to turn in the second half where the Vikings managed to up the ante in attack and defence. But it was too little too late as Casey had done the damage early on in the piece and the Vikings were unable to peg their way back.

Anthony Williams  was the main facilitator for Casey draining 29 points, five rebounds, two assists and two steals in an all-round solid performance. Matt Donlan was the next best producing 14 points at a lowly 33 per cent from the field but he made up for it with nine rebounds and three assists. Keith Robinson was handy with his 13 points as was Brendon Hood who managed 11 points and nine rebounds. Michael McInnes was the only other player to make it out of single figures nailing 10 points at 50 per cent. Neal Mueller worked tirelessly for Blackburn draining 15 points and also racked up five rebounds, three assists and a steal. Mark Berezdecky was influential with his 13 points as teammate Terrance Swayne got busy thanks to his 12 points and seven rebounds in the loss.

If all goes to plan given the impending lockdown in Victoria, Chelsea is meant to take on Hawthorn while Hume and Wyndham will lock horns. Casey and McKinnon will be an enthralling battle as the Vikings and Western Port fight it out for another win as both are coming in off losses. The final game sees Keilor and Sunbury go head-to-head in what is set to be an absolute thriller.