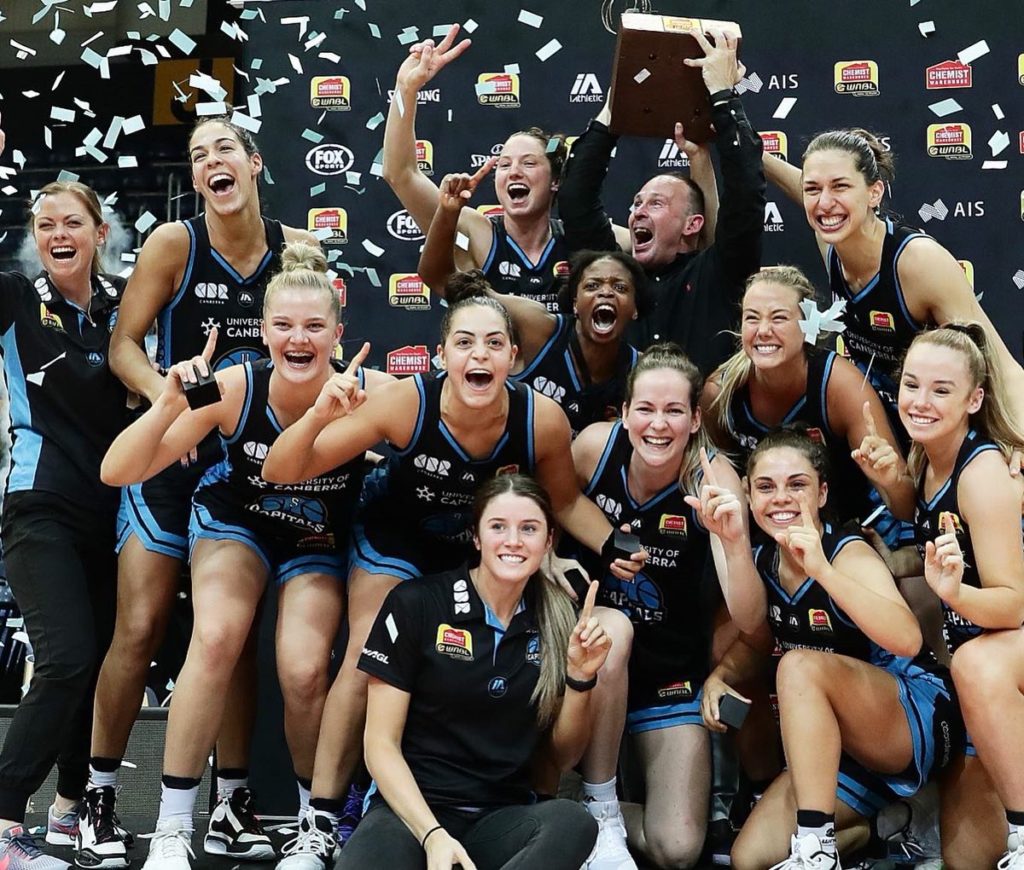 WITH only 22 seconds left to win the Women’s National Basketball League (WNBL) Grand Final, Kia Nurse nailed arguably the most important three pointer of her career to run out 71-68 winners. In what will go down as one of the most memorable and clutch moments in WNBL history, the Canberra Capitals were in dire need of a star as the Southside Flyers were up but fell with just over 20 seconds left. Nurse, as usual, rose to the occasion surmounting her legacy as one of, if not the greatest players in WNBL history.

The first half was all about one player and one player only, Rebecca Cole who dropped a whopping 21 points in just the first half. It seemed Cole’s hot hand carried over the whole team who finished the half with 49 per cent shooting accuracy, going 6/13 from long range compared to the Capitals who could only shoot a disappointing 36 per cent. It looked like the Capitals’ winning streak at home going all the way back to October 2018, was now at jeopardy. Down 10 at halftime, previously trailing by 16, one must believe that Capitals coach Paul Goriss must have had the speech of all speeches as they outscored the Flyers 21-9 in the third quarter. They shut down Cole who would only score just two more points for the game, they started hitting it from deep, and they locked down defensive rebounds.

When Marianna Tolo gave the Capitals their first lead of the game, adding to a remarkable 15 point run, the momentum had officially switched, but the Capitals were far from victors. The two teams traded shots in the fourth quarter, as the lead changed several times. But when league MVP, Kelsey Griffin stole the ball and passed to Nurse, all fans were standing in anticipation. Breaking free, Nurse nailed a three point shot from the top of the key to put the Capitals ahead 71-68. The Flyers looked to their team’s leading season scorer, Cole who had been on a tear in the first half but had recently gone cold. Driving to the basket, Cole threw up a contested shot that bounced off the rim to be rebounded by none other than Nurse. Fouled instantly she went straight to the free throw line and surprisingly missed the first, bouncing in and out of the basket. With little time left, it could be argued Nurse missed the second intentionally as making it would have given the Flyers time to recuperate and draw up a play in a timeout. Although, the Capitals height came in favourably once again, as Tolo sealed the rebound and hence sealed the game.

Southside’s lack of roster depth was a crucial aspect of this game as they did not have a single bench point the entire game, even with Aimie Clydesdale playing 32 minutes but only having a disappointing two assist three rebound game. Clearly fatigue played a role as the Capitals had 17 points off turnovers, most coming in the second half. It was evident how exhausted the Flyers were by watching their sloppy defence, finishing the game with 21 fouls. This foul trouble forced the Flyers to bench some of their more important players like Jenna O’Hea who picked up her third foul four minutes before half time, forcing her to ride the bench. Although Cole who finished the game with 23 points, three rebounds and four assists in only 26 minutes, went quiet in the second half mostly due to incredibly tight defence which opened the floor offensively, sadly the rest of the team struggled to pick up the slack.

Although Nurse’s dagger from three turned the game, and Tolo’s rebound was the final icing on the cake, it was Olivia Epoupa who left the grand final with the Rachael Sporn Grand Final MVP medal, collecting 16 points, 11 assists and seven rebounds. In what was likely her last game in the WNBL, suspected to play in her native country-France, her last dance for Australia was unforgettable. Luckily the Capitals were still able to rise even with last year’s grand final MVP Kelsey Griffin having a quiet five point, one assist, 13 rebound night. Nurse not only delivered in the dying minutes but was sensational from the very beginning putting up 18 points accompanied with Tolo’s 19 point, 12 rebounds performance.

Capitals won their ninth flag in unbelievable fashion, filled with plenty of twists and turns to go back-to-back. Epoupa, along with Nurse and Griffin will go down in the record books as some of the greatest to play in the league, forming their legacy in front of a ecstatic home crowd of 4481 at the AIS Arena.