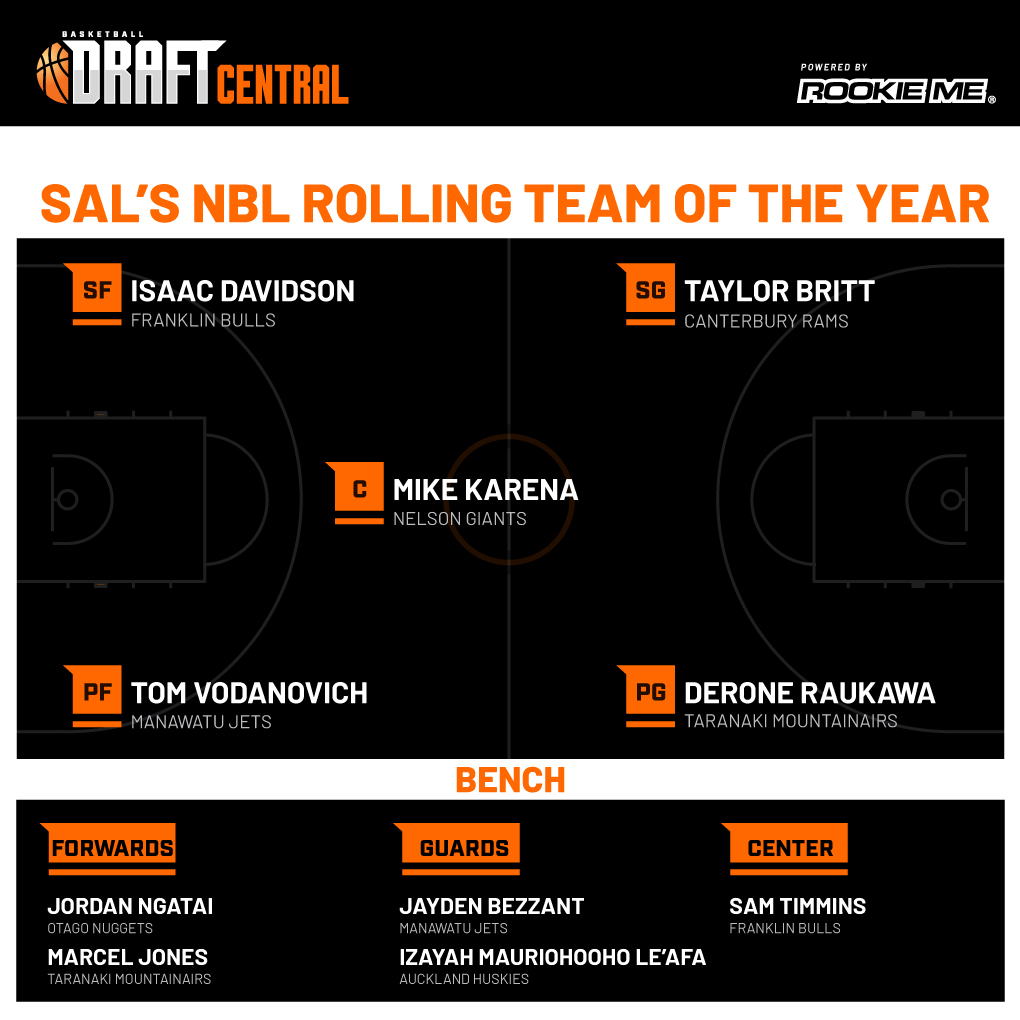 In what was an incredibly tough decision to make, we picked out five starters and five on the bench (two forwards, two guards and a center) to make up the 10-player side. Of the teams to double up, the ladder-leading Franklin Bulls had forward Isaac Davidson slotting in at the small forward role, after a ripping start to the season. He joined teammate Sam Timmins who earned the spot as the bench center after being the clear second best number five in the competition.

Impressively, Davidson also held out top pick, Jordan Ngatai from a starting role with he and Manawatu Jets’ big man Tom Vodanovich arguably two of the top three players this season. Ngatai comes in the top five, but due to the positions, he starts on the bench. Alongside him on the pine is Taranaki Mountainairs’ talent, Marcel Jones who has also been a star in season 2020. He joins Airs’ top selection, Derone Raukawa in the team with Raukawa slotting in at the point guard spot.

Raukawa shared the guards role with Taylor Britt as the clear standout guards in the competition, with the Rams’ talent being the sole representative from Canterbury. Rounding out the starting five is Nelson Giants center Mike Karena who has been simply sensational since returning to the court, and earned a spot in the five. Looking to the two remaining bench positions, and it is Vodanovich’s teammate, Jayden Bezzant who has been superb in Hyrum Harris’ absence, as well as Auckland Huskies’ Izayah Mauriohooho Le’afa who has strung some great form together since returning to the team.

Of the ones unlucky to make the side, Otago Nuggets’ Jarrod Kenny and Harris himself were both among the considerations, with Rams’ center Thomas Webley also staking a case to be third in line behind Karena and Timmins. With a lot of young talent pushing the key starters and bench players, do not be surprised to see a few more names earn a place in the side as the season progresses.

Do you agree with the picks? What would your side look like? Join in the discussion in the comments, or via our socials.