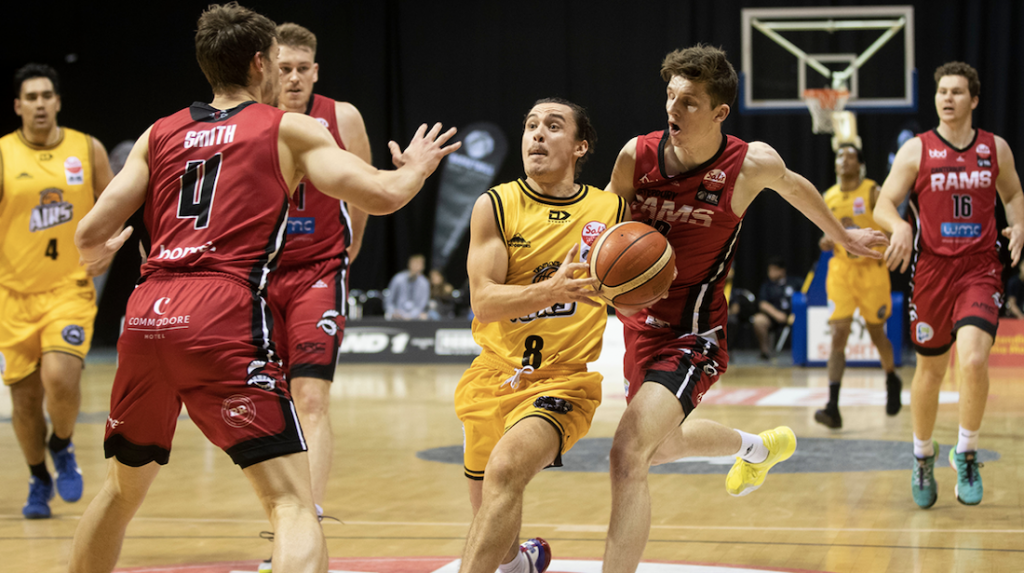 TARANAKI MOUNTAINAIRS are next up in our team-by-team review series of the 2020 Sal’s National Basketball League (NBL) Showdown. The Airs finished fourth on the ladder and lived up to their billing with a semi-final berth after defeating Franklin Bulls in the elimination final to finish third overall post-finals. We take a look at their season.

In a really season-defining win, Taranaki Mountainairs stormed from seven points down at half-time to piled on a massive 68 points in the second half, whilst restricting the Nuggets to just 35, on the Airs’ way to a big 107-81 victory. Derone Raukawa led the way in scoring with 23 points, four rebounds, six assists and three steals, though Marcel Jones was best-on with a ridiculous 15 points, 18 rebounds, seven assists and two steals. Overshadowed by Jones’ remarkable numbers, Shane Temara still picked up a double-double with 18 points and 11 rebounds, while Francis Mulvilhill (17 points, four rebounds) and Ken Tuffin (15 points, five rebounds) also had accurate shooting nights.

With a qualifying final spot on the line, Taranaki Mountainairs had to win their final match of the regular season to keep their top two hopes alive. They had beaten Franklin Bulls twice earlier in the season, but this night was different, blown off the court early and never able to recover, they went down in a deflating 92-65 loss and had to settle for fourth. Raukawa (19 points, four rebounds and four assists) and Jones (17 points, nine rebounds and four assists) dug deep, but the likes of Joe Reddish (18 points, five assists), Isaac Davidson (17 points, four rebounds and five assists), Everard Bartlett (16 points, six rebounds and five assists) and Sam Timmins (seven points, 12 rebounds, three assists and five steals) ran rampant. Luckily for the Airs, they beat the Bulls a few days later to reach the semis.

Jones and Raukawa’s seasons for a start, as both were named in the All-Star Five at the conclusion of the regular season. They were phenomenal each and every night, and were hard to stop even on quieter nights. Combining for 46 points, 17 rebounds, 12 assists and three steals per game, they were the most dominant duo in the Sal’s NBL. Secondly, if the game was played on paper, the Airs had the best stats across the board of any side, finishing first in points, rebounds, blocks and field shooting percentage, as well as second in assists, which was a remarkable effort.

When the depth stepped up, it was hard to match the Airs as you knew what you were going to get out of the two elite talents. However when the depth struggled, so did the Airs, with the heavy rotations making them unpredictable, but also not as consistent in the back-end of the season. Early in the season they looked like the premiership favourites, but were just overrun at the end by a couple of quality units.

Taranaki Mountainairs were always a genuine contender with their elite talents and the dominant duo. The rare finds in Tuffin and Mulvihill proved steals in the competition, while a number of young talents stepped up to find their feet at the level. They fell a match short of the big one, but expect them to be back bigger and better next year.