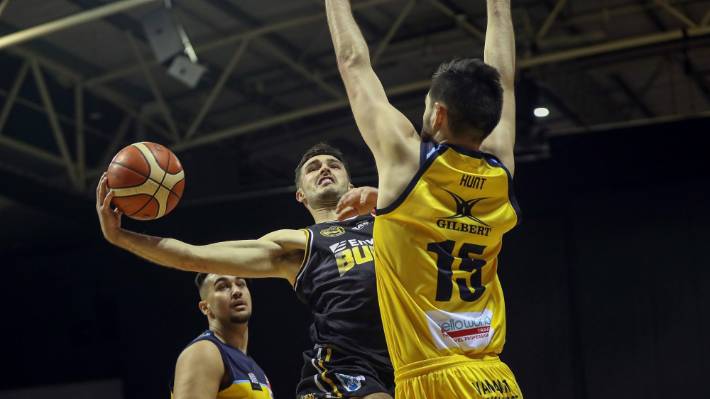 A BOTTOM two clash between the most out-of-form sides and a battle between two title contenders is what confronts teams in a big Saturday night of action in the 2020 Sal’s National Basketball League (NBL) Showdown.

To say the first match of the night is a must-win for both teams is an understatement, with a combined 12 games losing streak between them. Luckily for the Giants, they only share in four of those 12 straight losses, having last won back on July 5 over the Auckland Huskies. Since then, they have fallen to the top four sides consecutively, and by an average of 14 points, with the eight-point defeat to Otago Nuggets the closest. The Rams have now eight straight losses to their name after three initial wins, but their last four games have been agonisingly close. Since losing the Bulls by 25 points back on July 8, their last four defeats have been by an average of four points. The fact that they have gone down by seven, five, three and one, the pattern tells us the Rams could be in for a win.

Taylor Britt has been the standout player this season for Canterbury, adding 21.3 points, 4.2 assists and 6.6 rebounds per game, ranked first, first and second in those areas for his side. Alex Talma has been really impressive off the boards with an almost double-double average of 10.6 points and 8.2 rebounds, while Sam Smith (12.6 points, 4.5 rebounds and 3.6 assists) has stepped up in the average of Toby Gillooly since the early rounds. Reuben Te Rangi is starting to head up for the Rams, and when the Tall Blacks talent really gets going, he will be crucial to their success as they try and make up some ground on the other teams.

The Giants have missed the influence of Mike Karena (17.0 points, 5.7 rebounds and 1.9 assists) of late, while Thomas Ingham and Nic Trathen have stepped up to average double-figure points and more than four rebounds per game. throughout the season. The Rams are a strong rebounding team with four players totalling more than five rebounds per game, but need to build their assist tally with just one player – Alexander McNaught – averaging more than 2.2 assists per game.

Nelson’s best has been very impressive, but the Rams have been better in their defeats of late. The last time these teams faced off the Giants won 97-90 in a tight contest off the back of a 39-22 first term, which is why the Rams must try and restrict the scoring early and it will go a long way to finally breaking the losing drought.

The second match of the night has finals ramifications in the scheme of things with a second and third clash between the Otago Nuggets and Franklin Bulls. Both are level on 6-4 in the top three, with the winner to move ahead of the other clearly. The Nuggets fans may not have any nails left after their last two clashes – dropping a game to Taranaki Mountainairs by a point, before bouncing back to defeat Canterbury Rams y the same margin. Overall, the Nuggets have been in great form, completely dismantling the Manawatu Jets a week ago to win by 36 points on their way to a season-high 130 points. The Bulls went on a four-game winning streak at one stage, but have had a yo-yo last couple of weeks with two wins and two losses rom their last four games. They have a real balanced squad and will be keen to make it two consecutive wins for the first time since early week three.

Jordan Ngatai is maintain a massive 20 points per game average for the Nuggets, also putting up 3.5 assists and 6.0 rebounds to sit second in those areas for his side. Since his massive first day out with 28 points, Jarrod Kenny has been the facilitator for his teammates, leading the side in assists with five per game to accompany his 12 points. Jordan hunt has stepped up as that second scorer with 16 points and six rebounds, but it is the work of underrated talents like Kane Keil and Josh Aitcheson who both average double-figure points, two assists and four rebounds, which has helped the Nuggets remain successful.

The Bulls have a side where all of their players can step up and be a scoring threat on their day, with Isaac Davidson averaging a team-high 16.8 points, 4.2 rebounds and 2.3 assists, as big men, Dom Kelman-Poto and Sam Timmins have dictated play off the boards. Kelman-Poto (15.5 points, 7.5 rebounds) and Timmins (13.1 points, 6.4 rebounds) have been prolific at the four and five spot, while captain Everard Bartlett, and fellow three-point shooter Nikau McCullough are no stranger to coming on and having bursts of impact throughout the match.

The last time these teams went head-to-head, Bulls got up by six points in an important win in the scheme of things. This clash has all the hallmarks of a thriller that could again go down to the wire, and possibly into overtime, with a flip of the coin as good a way as any to try and guess who takes out this match.