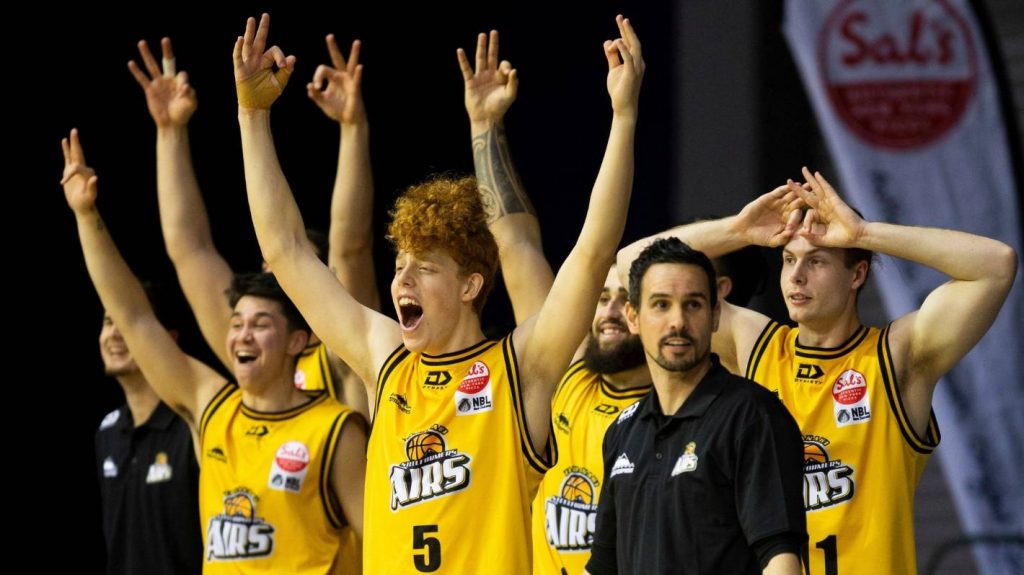 A TOP four clash is set to headline Week 4 of Sal’s National Basketball League (NBL) with the Taranaki Mountainairs playing the Otago Nuggets in the second game of the night while the Huskies will be hoping to continue to bridge the gap between them and the top four with a win over the second placed Franklin Bulls.

Currently sitting in second spot the Bulls will have to throw everything they have at the Huskies to keep them at bay and maintain their position inside the top four. Last time they met the Bulls prevailed, albeit by four points in what was a hard fought battle, meaning this rematch could definitely follow suit given the progression of both sides throughout the season. Although Auckland are coming in off a mere five points, they have strung together a couple of strong performances, finding some continuity on court.

The Bulls will take plenty of confidence from their last performance and come into the match having won four of their last five outings. Their ability to treasure possession and make the opposition pay is what they pride themselves on averaging 11.8 turnovers a game compared to the Huskies’ 14. In terms of accuracy the Bulls also have the upper hand going at 43 per cent field goal efficiency while the Huskies only manage 39.8 per cent. However from three point range both sides don a similar percentage with the Bulls slightly ahead at 32.6 compared to Auckland’s 31.6.

The Bulls and Huskies are also quite evenly poised when it comes to scoring averaging 82.6 and 82.1 per game respectively, showcasing just how much of a tight battle this match will be. With both sides even in terms of scoreboard output it could come down to rebound ability something the Huskies are renowned for. Auckland are one of the strongest teams in the leagues when it comes to rebounds amassing an average of 45.4 each game an area of the Bulls they will be hoping to exploit given they only manage 38.4 a game, the lowest in the competition.

It has been a more consistent effort from the Huskies in recent weeks however the pressure still solely lies on Izayah Mauriohooho Le’Afa to do most of the heavy lifting 18.7 points a game, 4.7 assists and 4.5 rebounds showcasing just how dominant he is across all facets of the game. Teammate Taine Murray has also enjoyed a recent run of hot form, finding the basket with ease averaging 17 points a game, while the influence of Leon Henry has not gone unnoticed for the Huskies with Henry imposing himself on the boards with a team high average of 11.7 rebounds and 11.3 points to average a double-double. Another threat for the Bulls is Tohi Smith-Milner with the bigman showcasing his range sinking 12.4 points a game.

For the Bulls they have no shortage of options when it comes to doing damage on the scoreboard but Isaac Davidson is the main points scorer sitting at an average of 18 points a game. Next in line when it comes to scoring potency is Dominique Kelman-Poto who averages 14.3 points while also being the leading rebounder in the team, collecting 7.1. Samuel Timmins is the only other player to average double figures with 12.9 points to his name and has proven to be strong off the boards with 5.6 rebounds a game.

Given just how dominant Mauriohooho Le’Afa can be when he gets going the Bulls will have to pull out all the stops if they are any chance to nullify his presence on the scoreboard. Expect a high intensity battle considering what is at stake for both teams when it comes to ladder positioning and a creating potential separation between the top four.

The second game of the night will draw plenty of onlookers and attention. Locked in a battle of one versus three expect the Taranaki Airs to try and put the foot down to claim some ascendancy atop of the ladder. When they played earlier in the season the Airs got the job running out with a convincing 26 point win while the Nuggets simply struggled to generate their normal game play. Taranaki have won four of their last five games while the Nuggets have experienced a similar vein of form registering three wins from their past five matches.

Coming in on a three game winning streak Taranaki will be hoping to make the most of their momentum and rattle the Nuggets with their prolific scoring. Although no slouches themselves when it comes to scoreboard impact sitting third in the competition with an average of 93 points a game, the Airs are a class above sinking an average of 101 points a game credit to their explosiveness. Another major discrepancy between the two sides lies in the rebound column with the Airs strong off the backboard with 8.7 more than the Nuggets 48.9 compared to 40.1.

Not only do the Airs have the upper hand when it comes to scoring prowess but so too blocks with the competition ladder leaders recording 3.1 blocks a game, while the Nuggets manage 2.8 a game. However when it comes to turnovers the Airs can be quite costly often throwing ball away in transition with 15.1 per game. Conversely the Nuggets are cautious with ball in hand, looking to flick the ball around and not push the ball until something opens as shown through the side averaging the second lowest turnover rate in the competition with 13.6.

There is no denying that Derone Raukawa is the go to man for the Airs, able to find the basket with ease and ply his trade up and down the court averaging a team high 22.9 points. While his efforts on the scoreboard impress he is also crafty with ball in hand dishing off yet another team high 7.3 rebounds a game. Teammate Marcel Jones is just as influential for the Airs able to light up the scoreboard with an average of 20.3 points while his presence at the rim is just as impressive recording 15 rebounds a game to average a double-double. Shane Temara is another key figure for the Airs sinking 11.6 points a game while reeling in 5.4 rebounds. Kenneth Tuffin has been known to hit the scoreboard while Francis Mulvihill is an excitement machine with the youngster able to find the basket and dish off dimes left right and centre.

It will be up to bigman Jordan Ngatai to lead the way for the Nuggets once again with his influential presence often causing headaches for opposition teams. He leads the team in points and rebounds with 20.5 and 6.3 respectively.  While Ngatai is the most prolific the Nuggets have a wealth of other options such as Jarrod Kenny who has proven he can burst out of the blocks and dominate, sinking them from range with no problem at all. Kenny averages 11.1 points a game and is number one in the team for assists with 4.9. Jordan Hunt is a key play maker for the Nuggets with his drive to the basket sitting at 16.8 points a game and 6.3 rebounds while Josh Aitcheson registers in the top five for points scored, assists and rebounds with 10.1, 2.1 and 4.5 respectively showcasing just how well rounded he is.

Both sides possess very similar attributes however it will come down to whether or not the Nuggets can shut down the ease and freedom with which the Airs can hit the scoreboard that will be the true test. Looking to protect their spot on top of the ladder expect Taranaki to leave no stone unturned and make it two from two against Otago.