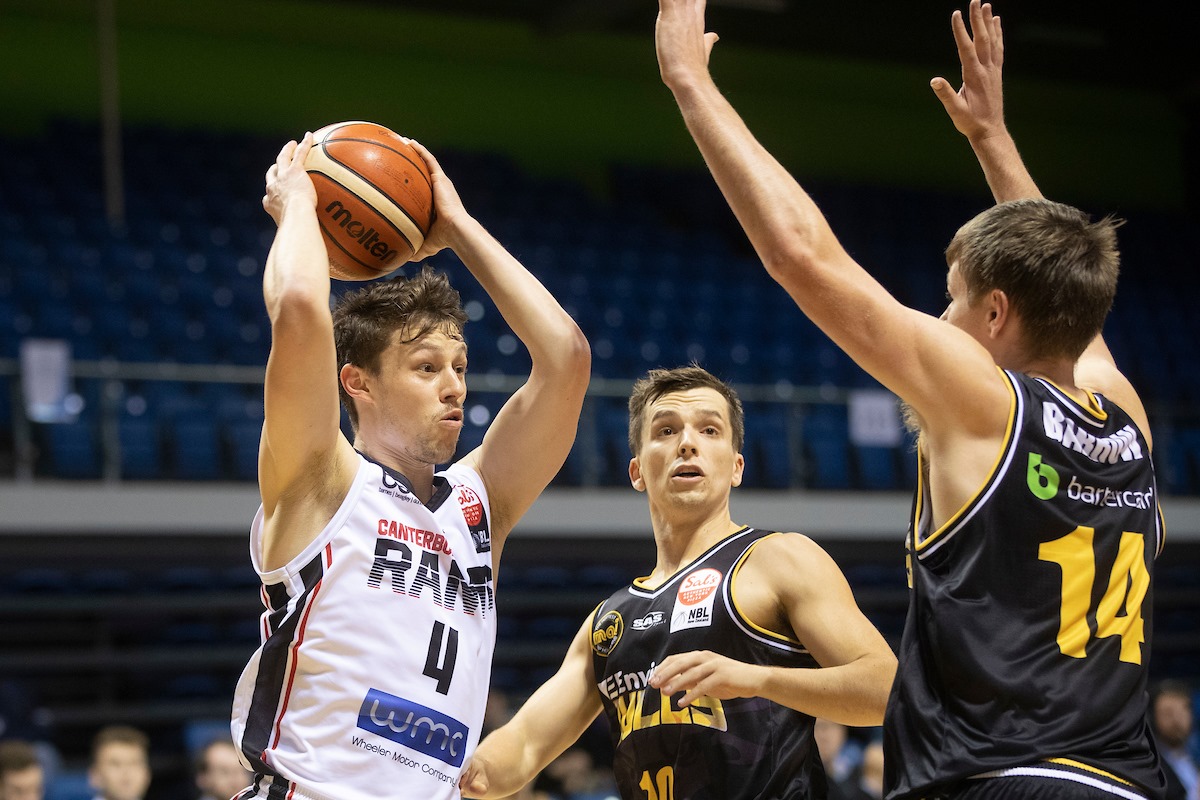 TWO sides looking for their first win ahead of back-to-back matches over the weekend, and two undefeated sides looking to close out a perfect first week of action are the two matches on offer for fans tonight in the 2020 Sal’s National Basketball League (NBL) competition.

Two sides hoping to kick-start their seasons face off in a Saturday evening match having had some time to reflect on opening game losses. The Huskies went down in the largest loss of the season thus far to the Canterbury Rams by 32 points, whilst the Jets fell in a tight one to Otago Nuggets a day later. With both sides aware they have games the next day – and Auckland having two less hours recovery – the teams will be keen to make player management a priority, whilst also trying come away with the ‘W’.

The Huskies will be adamant to put in a better performance than the 102-70 loss to Canterbury Rams. Whilst Auckland was missing its top draft pick in Izayah Mauriohooho Le’afa, the Bulls were without two of their top three picks but managed to get the job done. It will all be about taking the learnings from game one and adjusting for the side to gel in game two, something that will be made easier by experienced coach Kevin Braswell being at the helm. The quality of the team is undeniable, with Tohi Smith-Milner living up to expectations as the Huskies’ best from game one thanks to 15 points, four rebounds and two steals, but more importantly shooting the ball at 62.5 per cent from the field.

Debutant Nathan Wilson impressed with 10 points, four rebounds and two steals himself, also shooting at an accurate 62.5 per cent, but veteran Leon Henry had a rare poor shooting night with just one from nine from the field handing him two points, though he managed to get around and pick up six rebounds and two assists. Young gun Taine Murray also only shot 20 per cent from the field, finishing with seven points, four rebounds and three assists, but both will be better for the run. The team will be without Rashid Al Kaleem for the match after the veteran guard was inured in the loss.

The Jets on the other hand had no trouble finding the basket, putting up 100 points in their 100-104 loss to the Nuggets on Wednesday. Jayden Bezzant dazzled with 30 points, five rebounds, five assists and four steals, whilst Tom Vodanovich picked up a massive double-double of 28 points and 14 rebounds. Hyrum Harris (nine points, 11 rebounds and seven assists) was huge and not that far off a remarkable triple-double, making it a dominant trio on the court. The other major scorer was Taane Samuel who knocked down 20 points, and picked up four rebounds for his troubles.

The only problem was that despite their dominance, they still lost to a Jarrod Kenny-inspired Nuggets outfit, which means there is still room for improvement. The bench only scored six points for the night, something that has to improve in this game for the Jets to have a better look at it. With plenty of improvement for the Huskies, the Jets also need to step up, because their top players played as well as you’d expect, so it will be about everyone stepping up if they are to get the win.

The second game of the night should be a full house – if it was allowed – with the two undefeated sides in Canterbury Rams and Taranaki Mountainairs doing battle for top spot on the table at the end of week one. Both the these sides close out their week after two wins earlier in proceedings, as the Rams knocked off the Huskies and Franklin Bulls, whilst the Airs toppled the Nelson Giants and Bulls. This is a must-watch clash between two genuine title contenders early in the proceedings.

Three of the top five scorers from the competition so far will take to the court in this game, with Derone Raukawa and Marcel Jones living up to their top two draft selections with strong starts to the season. Jones is averaging a ridiculous double-double of 21 points, 13 rebounds, 5.5 assists and 2.0 steals in a stat-line that would have him leading the Most Valuable Player (MVP) stakes. Raukawa was the first selection in the Player Draft and has already notched up a huge game one and an inspired second half of game two to help his side get over the line. The point guard is averaging 23 points, four rebounds and eight assists in his two games thus far. Others to watch are big center Tai Wynyard and talented guards, Ken Tuffin and Francis Mulvihill.

For the Rams, Taylor Britt has stepped it up this season from coming off the bench last year to main man in 2020. He has been instrumental in the Rams’ success, and along with Jones would be another leading contender for early MVP honours. He has averaged 20.5 points, 9.0 rebounds and 1.5 assists for Canterbury, whilst his partner-in-crime Toby Gillooly has been huge with 20.5 points, 5.5 rebounds and a steal and block per game in their victories. Along with that duo, Alex Talma provides a huge presence off the boards, whilst Sam Smith has been a consistent player in the first two games of the season.

When looking at the team-by-team stats, the Airs are a huge offensive team, ranked one in points for with 109.5 per game, whilst the Rams are much lower at 88.5, just fourth in the competition. This has not hindered their win column though, with both sides very strong at rebounding and getting the job done. This match is a very difficult one to pick because both teams have been superb sides throughout and it could well be a battle between trying to find free-flowing open scoring, and a defensive slog with patient shooting.

If the Rams can continue to show their cohesion in transition given their familiarity with each other’s styles, they will have a bit of an advantage, but with two games behind them and already big scores on the board, the Airs arguably start favourites in what is a massive game.