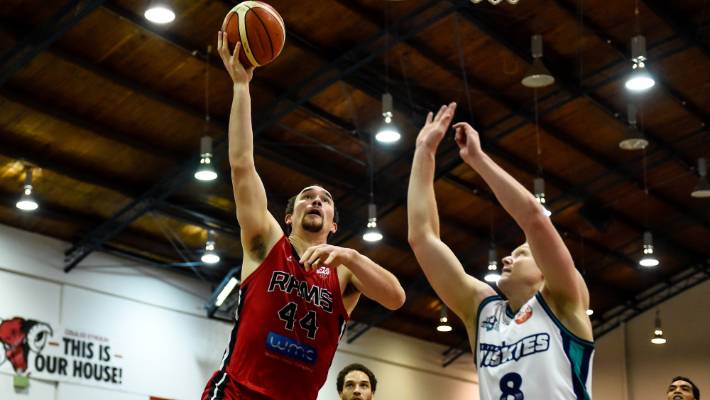 OPENING night of the 2020 Sal’s National Basketball League (NBL) Showdown is here and we take a look at the two huge clashes tonight.

The long wait is over and the first teams to tip-off are all set to go. The Taranaki Mountainairs start their 2020 campaign against Nelson Giants in a match between two sides that both missed finals last year. Fast forward to 2020 though, and both have a right to be excited for what the season might hold. Given there is no precedent for either side this year, both teams will be looking to get off the on right note.

The battle between Derone Raukawa and Mika Vukona will be fascinating to watch, and whilst the pair will not go head-to-head as such, they will be the players that their teams look to in order to guide them down the stretch. Marcel Jones and Mike Karena will also provide some scoring power for their respective teams in the game, while the Airs are buoyant by what the duo of Ken Tuffin and Francis Mulvihill can offer on court. Throw in Dane Brooks for the Giants and this shapes up to be a beauty.

In terms of predictions it is as close as you can get to a coin toss with nothing to go off, but the Giants might have the upper hand with the impact of Vukona not to be understated. If the Airs can get off to a good start against a potential contender, then it will set up a good week having to play the following day.

The second match will be a battle between last year’s third placed side, and a team that just missed out on the playoffs. The Canterbury Rams are usually up there in terms of their performance and have a strong network from which they have developed players. Keeping that in mind, the Rams will have the cohesion that very few other sides will have in the first week, whilst the Huskies will be keen to get their players to gel as soon as possible.

Fans heading to The Trusts Area would have loved to have seen Jack Salt and Joe Cook-Green out there for the Rams, as players who could really take control and change fortunes for their team. With injury ruling both out of the 2020 Sal’s NBL season, the duo will be cheering from the sidelines as the well-balanced Rams try and get an early win on the board. The Huskies have drafted well, and were able to grab a strong starting five, led by Izayah Mauriahooho Leafa and Tohi Smith-Milner. Leon Henry‘s long-range shooting ability and leadership, as well as Taine Murray‘s electrifying highlights make them an exciting team to watch. For the Rams, it will be up to the likes of Taylor Britt and Alex Talma to step up in the absence of Salt and Cook-Green.

Prior to the season the Rams would have been favourites in this one, but if the Huskies can find the right mix in transition, they have the blend of players to really do some damage. Auckland may well get an early win on the board in this week one clash, with both sides to play a further two games later in the week.