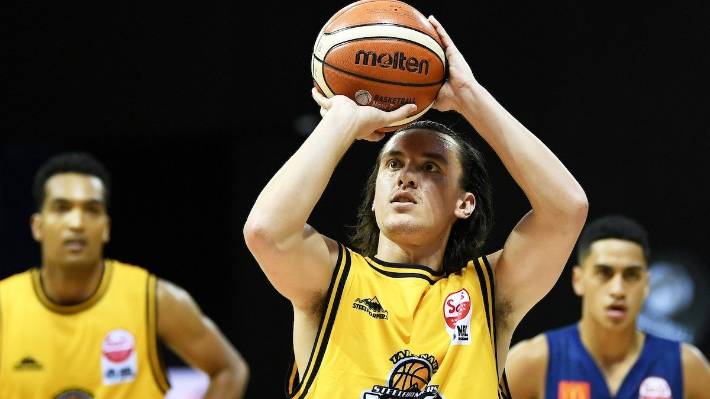 WEEK 3 of New Zealand National Basketball League (NZNBL) action kickstarts with the top two sides in the Franklin Bulls and Otago Nuggets taking on the bottom two teams in the competition, Taranaki Mountainairs and Auckland Huskies. Each team has shown throughout the season that they have the ability to burst out the blocks and wow the opposition making for an exciting night of action.

Currently sitting second on the ladder it could be argued that the Otago Nuggets have the upper hand heading into the clash, but the Huskies have proven that they can score quickly and easily when on song despite only winning one game for the season so far. The Nuggets are a formidable unit, with a wealth of players able to pop up and ply their trade across the boards while the Huskies tend to rely upon the services of one key player.

When it comes to scoring the Nuggets sit third while their opponents take out last place, often unable to generate scoring opportunities.  The Nuggets average 91.6 points per game showcasing their attacking mindset and freedom in which they can score at. On the other hand the Huskies only manage an average of 77.6 points per game, meaning they will have their work cut out for them against Otago considering the 13 point differential between the two sides.

In terms of rebounding the Huskies have the upper hand with Auckland averaging 41.4 a game, a clear testament to their skill around the rim and desperation to win the ball back whether it be offensively or defensively. The Huskies will be hoping to exploit the Nuggets weakness in this area with Otago only registering an average of 37 per game the lowest of any team in the competition.

For the Nuggets the load has been relatively evenly spread despite Jordan Ngatai dominating for his side. The big man is a commanding presence across the court able to have an influence both in offence and defence averaging a whopping 19.6 points and also gobbling up 5.6 rebounds each time he steps out on court. Excitement machine Jarrod Kenny can turn a game on its head in the blink of an eye with the 34-year-old able to shoot the lights out and dish off dimes willy nilly. Kenny averages 12.4 points and 4.8 assists a game proving to be a real playmaker for Otago while the efforts of Jordan Hunt (14.8 points) and Joshua Aitcheson (10 points) do not go unnoticed, making them a very hard team to overcome.

Ngatai will definitely be one to watch for the Huskies if they are any chance to register another win for the season, while expect the Nuggets to put a lot of time into shutting down the influence of Mauriohooho Le Afa. Coming off a loss the Huskies will be desperate to notch up their second victory of the season and really try to get some respectability back on the scoreboard. But with their fourth win in sight and the potential to leapfrog the Bulls into top spot expect the Nuggets to throw everything they have at Auckland to get the job well and truly done.

In the second game of the night, the top placed Franklin Bulls take on the Taranaki Mountainairs who have had an up and down campaign so far but are only one game off the top team. With three wins under their belt the Mountainairs will have plenty of belief that they can knock off the top of the table Bulls and jump up the ladder. However the Bulls are coming off a strong showing and on a four game winning spree, a feat they will be hoping to continue tonight.

When it comes to scoreboard impact that is where the Mountainairs can well and truly flex their muscles averaging a whopping 102.5 points per game while their opponents sit second last with 78.5 points, something the Airs will be hoping to take advantage of. Their ability to score with haste and accuracy makes them a real threat to the Bulls able to burst out of the blocks and pile on the pressure.

Another strength for the Mountainairs is their rebounding ability, averaging the highest in the league with 49.7 displaying their ability to impose themselves around the rim and limit their opposition’s chance of regaining possession. The Bulls however are not as proficient in this area sitting fifth in the competition for rebounds with an average of 41.2 which is still impressive.

Although the Airs are a strong attacking team the Bulls have proven to be a tricky team to score against, given their defensive work. The Bulls are cautious with ball in hand, treasuring each possession and only averaging 12.5 turnovers each game, the least amount of any team but the Airs can be sloppy with ball in hand averaging 14.5.

The Bulls have a wealth of options that can hit the scoreboard none more prominent than Isaac Davidson with 17.5 points per game. The youngster has been a focal point in the Bulls line-up able to apply scoreboard pressure, take the court for an average of 30 plus minutes and dish off a dime every now and then. Teammate, Dominique Kelman-Poto has also been influential for the Bulls and will be eager to continue his run of hot form, currently averaging 12.3 points and 6.7 rebounds. Samuel Timmins (12.2 points) and Nikau McCullough (10.2 points) are also valuable avenues to the basket for the Bulls showcasing the plethora of options they have when it comes to posting a commanding tally.

Taranaki have five players averaging over double digits in the points scoring column with Derone Raukawa leading the charge. Raukawa has proven to be a scoring machine for the Airs constantly delivering at the basket and rising up to the challenge time and time again, averaging a whopping 22.5 points per game while also registering 7.3 assists. Averaging a double-double, Marcel Jones will be one to watch for the Bulls with Jones able to explode out of the blocks securing an average of 17.7 points and 15.5 rebounds. Shane Temara and Kenneth Tuffin are other key members of the Airs side with the duo able to knock back shots while youngster Francis Mulvihill is exciting to watch with his drive to the basket  and vision to pass off to teammates.

It will be an enthralling battle with both sides boasting stacked line ups. Despite sitting at vastly different ends of the table expect this match to go down to the wire with the Airs able to fight back from commanding deficits credit to their scoring prowess.