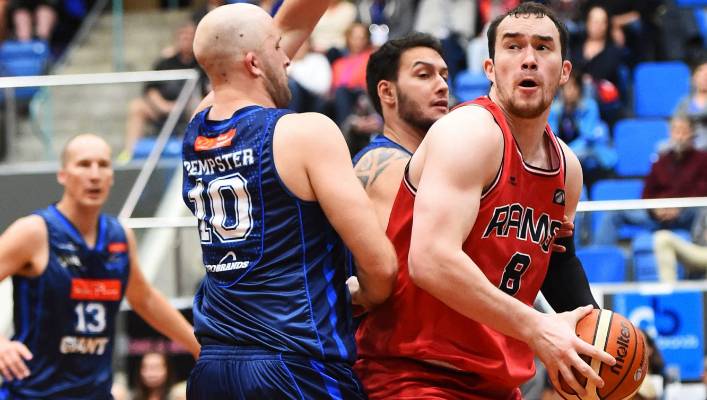 TWO sides fresh off their first losses and seeking a way to bounce back have not had to wait long with both Otago Nuggets and Canterbury Rams up in back-to-back matches after defeats last night in the 2020 Sal’s National Basketball League (NBL) Showdown.

After losing their first game last night, Otago Nuggets will be keen to bounce back immediately with a win against an in-form Bulls side finding its feet. In the battle between the two teams who have either returned or joined the competition in 2020, either one of these teams is capable of running out with the victory in a big blockbuster match tonight. The Bulls are back in form with a couple of impressive wins after a couple of losses to start the season, and they are looking to make it three on the trot as the Nuggets search for their third win themselves.

As more matches go by, the statistical areas have greater data to back them, and the Nuggets sit second overall in terms of their scoring, averaging 96.3 points per game, though the 81 points last night hurt that average. Given Otago led by seven at the half, to go down by 26 would be an area that coach Brent Matehaere would be right on to ensure another fadeout does not happen again. Their opponents Franklin Bulls average the lowest points per game with 76.3, but getting the job done. The sides are both in the bottom three rebounders in the competition, but what makes the Nuggets so strong is their ability to share the rock – averaging 21.7 assists per game, whilst the Bulls are last with 11.5.

Looking at those statistics, the Nuggets should be favourites. Jordan Ngatai (21.3 points, 5.0 rebounds, 3.0 assists and 1.0 steals) has unsurprisingly been a top star this season, with Jarrod Kenny (15.3 points, 3.3 rebounds, 4.7 assists and 1.3 steals) also producing the work many expect of such high quality talents. Jordan Hunt (16.3 points, 5.7 rebounds and 1.0 steals) has been strong at both ends and leads the team in offensive rebounds, whilst Josh Aitcheson (9.3 points, 4.0 rebounds and 2.7 assists) and Darcy Knox (5.3 points, 3.7 rebounds and 3.7 assists) have really contributed when on the court.

Whilst all eyes were on Dom Kelman-Poto and Sam Timmins post-draft, they should have also been keeping an eye on Isaac Davidson who has starred for the Bulls this season, dropping 20.5 points and 5.3 rebounds, but most impressively shooting 46.2 per cent from three-point range with an average of three triples per game. Kelman-Poto (12.0 points, 7.0 rebounds and 1.3 assists) is still having a say, while Timmins is also in the top five across the three main stats (8.0 points, 4.3 rebounds and 1.0 assists). The key for the Bulls will be to lift the assist numbers with captain Everard Bartlett (3.3) the top ranked player in that regard.

Realistically for the Bulls, taking out the first round loss by 12 points in a 202-point combined scoring blitz, the next three games have yielded 147, 122 and 144 points which means that going in the same direction, this could end up a real tight tussle if they can restrict the scoring of the Nuggets. For the Nuggets, they have been far superior in setting up their offence through assists, and will deservingly start favourite despite last night, but the Bulls just keep getting it done.

The second game of the night sees a Rams outfit coming off its first loss up against a Giants team that is still trying to gain some consistency, sitting at 1-3 to start the season. With the opposite win-loss records, the Rams will be keen to pile on some more pressure to the Giants’ start to the season. The question of whether or not Mika Vukona will finally play for Nelson is a regular talking point, mainly because he could be the difference in the tight games.

The Rams have averaged 95.5 points from their first four games, as well as sits third overall for rebounds with 44. They are ahead of the Giants in both these stats, whilst marginally ahead 15-13.3 in the assists column. Canterbury’s top shooting – ranked third in two-point shooting percentage and second in three-point shooting is why the Rams are in such a strong position to start the year. Similarly, the Rams are the number one team at converting free throws, with 78.9 per cent compared to 68.5 per cent. One area where the Giants have done well is limiting their personal fouls per game with a competition-low of 16 per game, whilst the Rams are third with 20.

Taylor Britt has been simply sensational this season and that continued last night despite the loss, racking up 23 points, eight rebounds and five assists, while he was well supported by Sam Smith who picked up 16 points, eight rebounds and four assists. Usually prominent scorer and known three-point drainer, Toby Gillooly missed last night’s match, so the likes of Thomas Webley and the replacement player in Quintin Bailey put up promising numbers. The key to the Rams’ success is sharing the ball around and knowing that if one player has a quiet night or is unable to contribute, someone else stands up.

The return of Mike Karena to the Giants has been a blessing, with the big centre immediately having a say all over the court, averaging 21.5 points and 6.5 rebounds per game. It provides relief for the likes of Thomas Ingham (13.3 points, 6.5 rebounds) and Nic Trathen (14.8 points, 5.3 rebounds). Dane Brooks has also returned though had a quieter start with 5.5 points and 4.5 rebounds in the 2020 season. The big talking point in this match up will be Karena’s return to face his former side in the Rams. He might have switched allegiances through the draft, but he is still a force, and the Rams will be best suited to know how to deal with him. Equally, Karena will be keen to put on a big show in front of the fans.

The Rams will start favourites to bounce back because of their limitless options. The Giants are building and with Karena back in the side it has really helped provide some punch to an offence that was a bit jumbled early in week one. If Vukona returns, then all of a sudden the Giants have some real weapons who are in the top half dozen players in the competition, and this will be a match not to be missed.