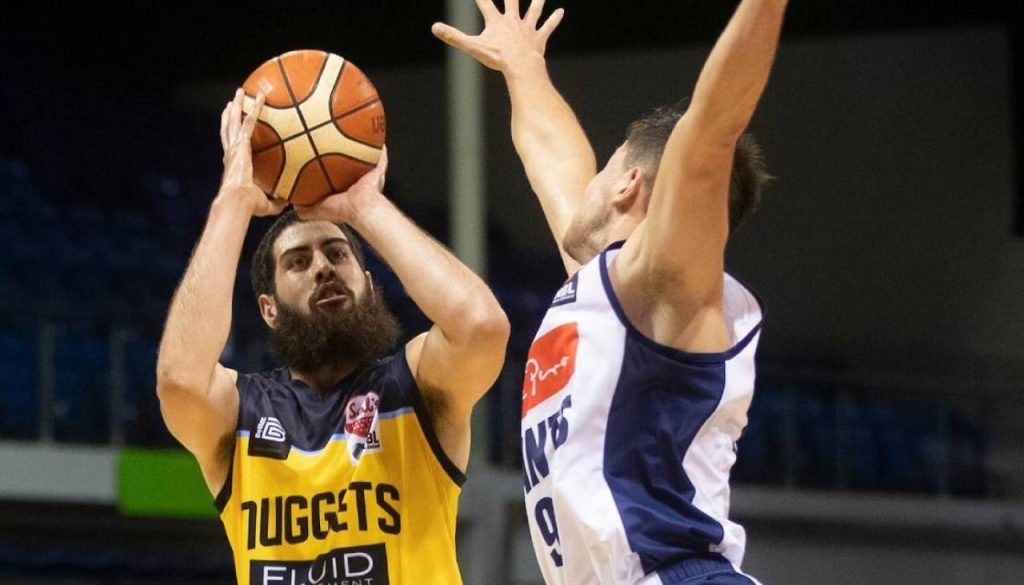 WEEK three comes to a close tonight with Manawatu Jets and Auckland Huskies battling for that top four spot, while Otago Nuggets hope to continue the brilliant form of last night against a Nelson Giants side desperate for some consistency.

The opening game of tonight’s two big clashes sees a battle between fourth and fifth, with the Jets potentially jumping up to third and making up for their forgettable 36-point loss to Otago Nuggets last night. The Huskies on the other hand have been in good form of late with three wins from four games and starting to find their rhythm. A win here could see them leap into the top four and put themselves in a good position for the run home.

Both sides are strong rebounding teams with the Jets ranked second overall with an average of 45.4 rebounds per game, just ahead of the Huskies (44.6). They have both been solid in terms of assists with Manawatu recording a league third place of 17.9, compared to Auckland’s fourth place (16.1). In most other areas Manawatu ranks much higher as the second top scorer on average, putting up 94.5 points per game to Auckland’s competition-low 79.6 per game. It is the same story when it came to two-point percentage with the Jets sitting at a competition-high 57.1 per cent to the Huskies’ competition-low 43.5. It is closer from outside the arc with the Jets ranked third and Huskies sixth, whilst in overall field goal percentage, the Jets are third and Huskies seventh.

In the last match between the teams on June 27, the Jets easily accounted for the Huskies in a 28-point win. Dominating the first half, Manawatu raced away to a whopping 54-21 lead by half-time, including 31-8 in the second term. Auckland managed to get back some pride in the second half by scoring five more goals than its opposition, but still went down 67-95. In that match it was all about Tom Vodanovich who piled on a competition season-high of 38 points, as well as three rebounds ad four steals. Jayden Bezzant (17 points, four rebounds and five assists) and Haize Walker (11 points, two rebounds) both reached double figures, but it was Hyrum Harris‘ ridiculous game that was an impressive as Vodanovich’s shooting display, racking up 21 rebounds to accompany 13 points, six assists, four steals and one block.

For the Huskies, Taine Murray finished with a team-high 16 points – though shot at just 33.3 per cent from the field – as well as three rebounds, while Jaylen Gerrand (10 points) was the other Auckland player to reach double-figure points. Leon Henry (eight points, nine rebounds and two assists) and Tohi Smith-Milner (five points, seven rebounds) both contributed off the boards, while Marvin Williams-Dunn (eight points, four rebounds, four assists and two steals) also tried hard.

The Jets will start favourites given how they performed against the Huskies last time, but will have to pick up the effort from last night. The Huskies have been in good form of late and are building nicely to take a big scalp here and move up the ladder further.

After a huge 36-point win and record 130 points – including 73 in the second half – last night, Otago Nuggets are raring to go for their second consecutive match-day. They take on Nelson Giants who have had an up and down season thus far but technically only sit a win behind the Nuggets – albeit with one less game played. A Huskies loss in the earlier game and a win here could see the Giants move into the top four.

When looking at the game statistically, Otago has the advantage across most facets of the game so far. From a points perspective, the Nuggets average 93.9 points per game to rank third in the competition, ahead of the Giants’ 85.4 (fifth). In terms of accuracy Otago is ranked second and fourth respectively in two and three-point shooting, with Nelson fourth and seventh in those areas, though not much separates the teams when it comes to shooting percentages. Overall from the field, Otago is 44.9 per cent to Nelson’ 43.7 per cent for a fourth and fifth ranking respectively. One area where the Giants have the upper hand is in rebounds, with Nelson sitting fifth thanks to 41.5 per game compared to Otago’s 39.4, though the Nuggets are elite at passing the rock around with a competition-high 19.3 assists compared to the Giants’ 14.8 (sixth).

The last time these teams played way back in week one on night three, the Nuggets got the better of a Giants side still trying to find its feet with the loss of Mika Vukona, Mike Karena and Dane Brooks. After being competitive early but not able to really keep consistently close to the Nuggets, the Giants faded in the final term with Otago running away courtesy of a 107-82 victory. In the absence of the big three, it was Nic Trathen (21 points, seven rebounds and two steals) who tried hard for the Giants, while Tom Ingham shot at an elite 85.7 per cent from the field to end the game with 17 points and eight rebounds. Zeb Lovell also was productive with eight points, seven rebounds and three assists.

For the Nuggets, Jordan Ngatai put up a game-high 23 points, three rebounds, three assists, three steals and one block, including nailing five of 11 from outside the arc. Jordan Hunt (19 points, two rebounds) and Kane Keil (11 points, four rebounds, two assists) and two steals) were also productive from the starting team, as Josh Aitcheson (13 points) and Richie Rodger (11) reached double-figure points off the bench. Jarrod Kenny did not put up a shot after 28 points the game before, but still had six assists and two rebounds, opening up chances for teammates.

This could be a thrilling contest, though Otago should head in as favourites The key is trying to stop Karena and what he is capable of doing on a regular basis, and after Otago’s big win last night, the Nuggets are in great form to keep the run going.