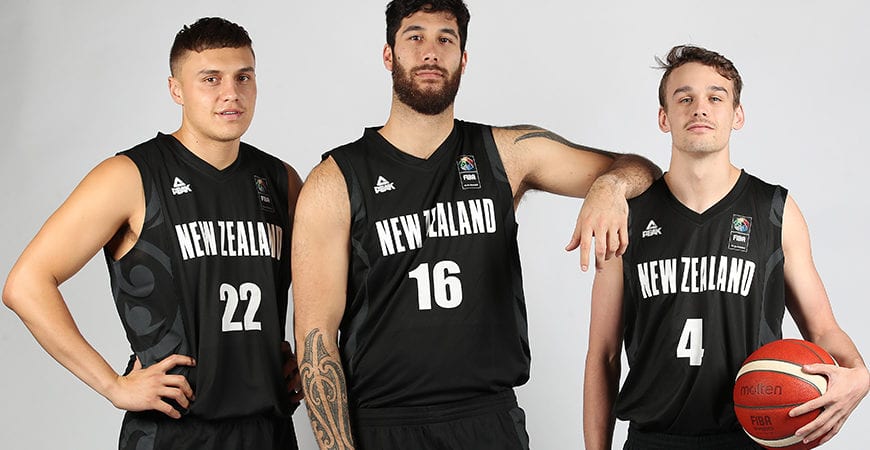 QUITE possibly four of the top contenders are battling it out on night two of week two in the 2020 Sal’s National Basketball League (NBL) competition. There will be plenty of Tall Blacks on show for fans to enjoy throughout the night.

Form lines can change in the blink of an eye, and the last time Otago Nuggets walked off the court, the Taranaki Mountainairs were 2-0 – the same as the Nuggets – and this game loomed as a potential top of the table clash. Since then, the Airs have lost back-to-back games to the Canterbury Rams and Auckland Huskies, but are no less dangerous than they were last week. They will be disappointed by the loss to the Huskies, but showed promising signs by pushing the undefeated Rams all the way. Now they take on the Nuggets who claimed wins in their opening two games, but are coming off a long layoff post-win on Thursday.

This game looms as a high-scoring clash with the teams ranked first and second respectively in points per game, with the Nuggets (105.5) marginally ahead of the Airs (103.3). The teams are also fairly accurate when it comes to shooting with the Airs ranked third and first for overall two and three-point percentage respectively, whilst the Nuggets are ranked first and second in those statistical categories. It means with the long-range prowess of both teams, we could see some long-range bombs dropping.

The Airs stat sheet has been well padded across the board with top draft pick, Derone Raukawa applying plenty of pressure on opposition defences thanks to 22.5 points per game at 52.4 per cent accuracy from the field. He also averages 7.0 assists and 2.3 rebounds per game in a promising start to the season. His partner-in-crime is Marcel Jones who has been phenomenal off the boards, averaging 18.8 points and 13.8 rebounds per game, but has also stolen the ball 1.8 times per match on average. Other than the damaging duo, Ken Tuffin (14.3 points, 4.3 rebounds) and Francis Mulvihill (9.8 points, 3.3 rebounds, 3.3 assists and 1.5 steals) have impressed.

The Nuggets have so many potential scorers it is easy to see why Otago has put up big scores in their first two games. Jordan Ngatai leads the way living up to his first selection in the Player Draft with 21.0 points, 6.5 rebounds and 3.5 assists per game. Jarrod Kenny put up 28 points in his first game, then opted to share the rock around in his second without taking a shot, but still averages the 14 points and six rebounds from the matches. Jordan Hunt has provided great support for the duo by averaging 16.5 points and 5.0 rebounds, whilst Josh Aitcheson (12.5 points, 4.5 rebounds) has seemingly flown under the radar.

This game is set to be a cracking contest. Otago Nuggets are fresh and unbeaten to start favourites, but the Airs might get a jump on them having had the recent run yesterday. Expect the game to go down to the wire.

Depending on the result of the previous game, Canterbury Rams could end the night as the only undefeated team in season 2020. However, if the Nuggets get up and the Manawatu Jets play to their potential, then the Rams could be on the back foot against the Nuggets heading into a massive clash between the pair later in the week. Neither of these sides has played since week one, having last night off to prepare for the big clash.

In terms of statistics, the sides are evenly matched, ranked third (Rams) and fourth (Jets) for points per game, as well as first (Jets) and second (Rams) for rebounds. Both teams have some big boys, but also know how to position themselves well around the basket for either second chance points, or the defensive rebound to kick-start a transition play. From a shooting perspective, the Jets are ranked second from inside the arc to the Rams’ fourth, but from outside the arc, the Rams have the upper hand with a 35.8 per cent efficiency – third overall – to the Jets’ 31.9 per cent efficiency – fourth.

If the Jets’ season continues, they are due for a win, with a formline of loss-win-loss, though in fairness, the losses have come at a combined nine points against the Nuggets and Nelson Giants, either side of a big win over Auckland Huskies. Tom Vodanovich has been electrifying at times, averaging 27.3 points, including a 38-point starring effort against the Huskies. He is averaging a double-double for the season thus far with 11.3 rebounds too. Hyrum Harris has been just as impressive across all key areas, averaging 12.7 points. 14.3 rebounds and 7.7 assists, not that far off a triple-double average. Jayden Bezzant deserves credit too for his 22.0 points, 5.3 rebounds and 4.0 assists, ranked top three in all those areas.

The Rams have answered every challenge put to them, with a big win to open the season over Auckland, then tight victories over the Bulls and Airs. In the absence of key injured stars on the eve of the season, Taylor Britt has been simply sensational in the red and black, putting up 23.7 points, 10.0 rebounds and 4.0 assists – ranked first at the club in all those areas. Toby Gillooly has been impressive from a shooting perspective with 14.3 points per game, while Sam Smith (13.0 points, 3.7 assists and 4.3 rebounds) and Alex Talma (8.0 points, 7.7 rebounds) also provide strong efforts across the court. The Rams can beat opponents in multiple ways with great cohesion and reading of the play.

The Rams are unbeaten and will start favourites, but the Jets have some players who can turn it on and are hard to stop, so if Vodanovich and Harris fire, watch out.