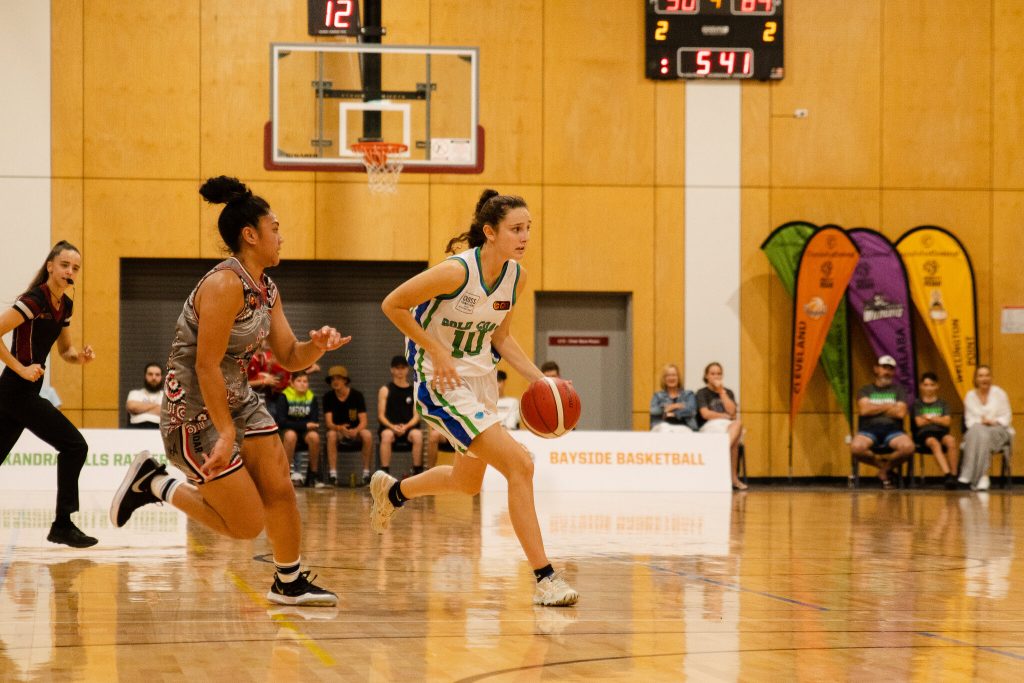 IN a series wrapping up the 2020 Queensland State League (QSL) season, we take a look back at each of the 12 clubs in both the men’s and women’s competitions and how they performed across the season. We continue our review series with Gold Coast Rollers, whose women’s side made the semi-finals with an upset quarter finals win, while the men’s team finished eighth overall.

The men’s team had a mixed bag of a season, but ultimately had a slow start slipping to a 2-5 start to the season. While they broke even in the run home with a couple of wins and couple of losses, they finished eighth with a 4-7 record. Their wins came against North Gold Coast Seahawks, Sunshine Coast Phoenix Teal, Northside Wizards and Toowoomba Mountaineers, with only one of them – Wizards – coming at home, with a sound 3-3 record on the road, but only 1-4 at home.

Jalen Patton Croker was the standout performer for the Rollers, averaging 18.6 points, 5.1 rebounds and 3.6 assists from all 11 games. Nine of the 12 Rollers players took to the court in every game this season in a remarkable show of continuity, though Levi Frankland (five games) would have been one that the team would loved to have seen more of, as he averaged the second most points of any player with 15.2, as well as 3.6 rebounds and 1.4 assists. Jaze Morris (13.8 points, 3.6 rebounds and 2.0 assists) was busy, as was Adrian La Fleur (12.4 points, 5.0 rebounds and 4.2 assists), while Tidjane Diop hit double-figure points thanks to 11.1 points, 6.3 rebounds and 1.4 assists.

The women’s side had a great season culminating in a finals win on the road to reverse an earlier loss against RedCity Roar. The 35-point belting in the post-season series was a surprise, but they had performed strongly at their best in season 2020. The Rollers won their first two games of the season then would lose the next two and win the following two, unable to get too much of a run going. A couple of important wins in the final rounds helped the Rollers secure finals in fifth, then knock over the Roar before falling in a heartbreaking eight-point loss to Southern Districts Spartans.

Carleigh Patrick was dominant across the season, ranking first in both points (14.5) and rebounds (8.2) for her side to be a star week-in and week-out for 13 matches. Kisha Lee also produced the goods more often than not, putting up 12.1 points and 6.9 rebounds, while Siarn Woods (11.38 points, 4.3 rebounds and 4.5 assists) contributed in all facets of the game. Lilly Rotundo (10.3 points. 4.2 rebounds and 2.5 assists) and Sarah Ambrose (7.8 points, 7.2 rebounds and 3.4 assists) were the other two talents to play every game and be standout performers to guide their side into the finals series in 2020.