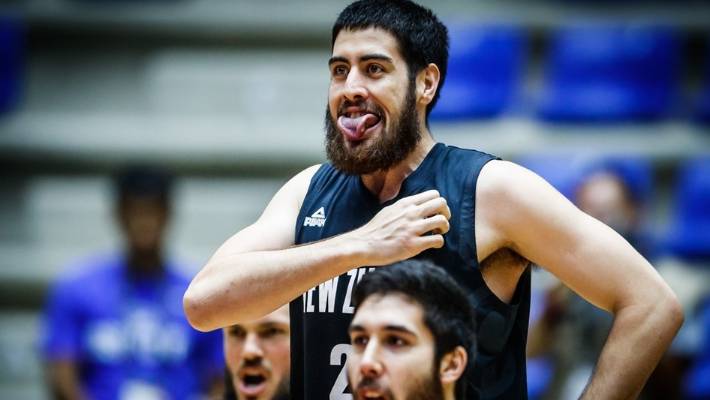 “When Jordan’s name came late into the draft it completely changed our planning,” he said. “We were looking at Jarrod Kenny and Tom Vodanovich. “Jarrod for his skills and leadership at the PG position. “Tom purely for his aggressiveness around the basket and rebounding potential.

“Jordan however brought a lot of both to the table as the first pick. “He is a skilled basketballer with experience at the top level and most importantly he is a quality person. “For us he brings a lot to the table and all the other coaches believe so too, as he was voted the pre-tournament favourite for MVP.”

Matehaere was comfortable in the Nuggets’ choice of Ngatai, but resigned to the fact they would not be able to pick up Kenny. But then draft night decided to grant the league’s returning side a gift.

“As the draft unfolded and it looked like JK (Kenny) may fall our way we were really excited. “JK was probably our first choice pick before the top 14 came out. “We then thought he would be with the Huskies but they waived him and so did all the other teams on the night. “I think in every game, he is going to have them thinking they made a mistake!”

Matehaere said the squad was able to look long-term as well as short-term after the success of the early draft selections, enabling the Nuggets to pick a few players on future potential.

“In terms of our group we picked up the people we wanted in the spots that we had planned,” he said. “Our pre-selected players were certainly gracious in allowing us the luxury of going to the draft for the first four choices. “These players are top quality in their own right and will create some surprises.

“The last four spots were selected with the future in mind. “Akiva McBirnie-Griffin and Jack Andrews are both young bigs. “How much they can grow into an on-court role will be exciting to see. “The only real change we made on the night was the choice of JK. “It was a surprise but a nice one and so we didn’t need to pick up another experienced guard in that spot.”

As for those who could really step up in season 2020 and surprise quite a few people, Matehaere said there were plenty to pick from.

“Most likely our local players whom have been plying their trade down here in NBL isolation,” he said. “Josh (Aitcheson), Darcy (Knox), Benoit (Hayman) and Richie (Rodger) are itching to stamp their mark on this competition and now they have their chance!  Wednesday 24 June. 5.30pm is when it all starts again for the Fluid Recruitment Otago Nuggets!”

The first pick in the NZNBL Player Draft was deserving of the honour, having been voted as the most likely MVP of the competition by the coaches post-draft. He is a three-time NZNBL champion having had a successful career with the Wellington Saints. He has also spent time at both Manawatu Jets and Taranaki Mountainairs whilst representing the New Zealand Breakers in the Australian NBL. At 27-years-old, Ngatai is in his prime and the 196cm forward is a dangerous player, averaging 13.4 points, 1.9 assists and 4.0 rebounds for the Saints last season. Now the number one player at the club, expect Ngatai to have an even bigger impact in 2020.

A 188cm forward who has earned his stripes at Australian NBL level with first the Perth Wildcats and more recently Cairns Taipans, Kenny has also had a long history in the NZNBL. Winning the Young Player of the Year back in 2005 with the Harbour Heat, the now 34-year-old might be towards the twilight of his career, but he is still showing the high quality of basketball he can produce. In 2019, he was the NZNBL assist champion, averaging a whopping 6.5 assists per game to go with 8.8 points and 4.6 rebounds, as well as 1.4 steals making him a real playmaker on offence and defence.

HEAD COACH BRENT MATEHAERE ON HOW THE TEAM PLANS TO BALANCE THE WORK LOAD DURING THE SHORTENED SEASON:

“We have some youth on our side, so we are confident that these players can last the distance. “In a perfect world we’d be getting 28-32 minutes per game out of our top players, but that will be monitored by our trainer and physiotherapy staff.”

Otago Nuggets tip-off with a Wednesday night game against the Manawatu Jets next week from 5.30pm before a 24-hour turnaround to take on the Nelson Giants on Thursday. The Nuggets are the only side to play two games in the first week however, so will have a game in hand on their opponents heading into the second week.