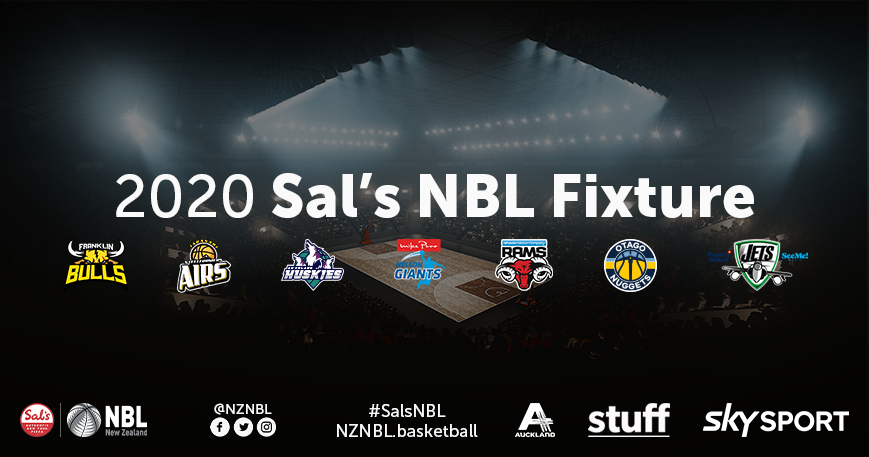 WHILST the 2020 New Zealand National Basketball League (NZNBL) lists are yet to be known until fully completed over the next two weeks, there are already some games on the fixture that fans of those sides will be pencilling in as must-watch matches. It could be the history between the sides or those with a fresh start, but prior to the draft, here are five games to put down in the calendar.

The fans do not have to wait long for this one, with the pair to lock horns on opening night at 7.30pm. This game is a must watch, because the other three sides from 2019 are not competing, leaving these two as the top two teams in the competition based on last year. Of course, the results mean little considering the teams will look vastly different, but that will not matter to the legions of fans supporting their sides.

Another game scheduled for week one, and actually on the second night is the Bulls coming up against the Airs. What will make this game so special is it will make the debut of the Bulls in the competition. Whilst other teams are returning or being rebranded, the Bulls are the only side having never competed before in any form.

Another match featuring the Bulls, this time going up against the other brand new side, Otago Nuggets. The Nuggets have competed in the NZNBL before, but return to the 2020 Sal’s NBL after a six-year layoff. They will be keen to get one-up on the new kids given the Nuggets history.

It is clear the first two nights of action will not want to be missed because last year’s wooden spooners begin their campaign starting from scratch and hoping to rise up the ladder with a new-look side. They take on the Nuggets in Otago’s first game in six years, and will want to get off on the right foot.

As above, the first two nights in the competition will be huge, with four must-watch games scheduled early on. Whilst the others have history or making history in some way, shape or form, the Mountainairs and Giants game marks the first competitive basketball match in months. There will be plenty of eyes on this one across the world as basketball fans are desperate to get their sporting fix and New Zealand will provide it.