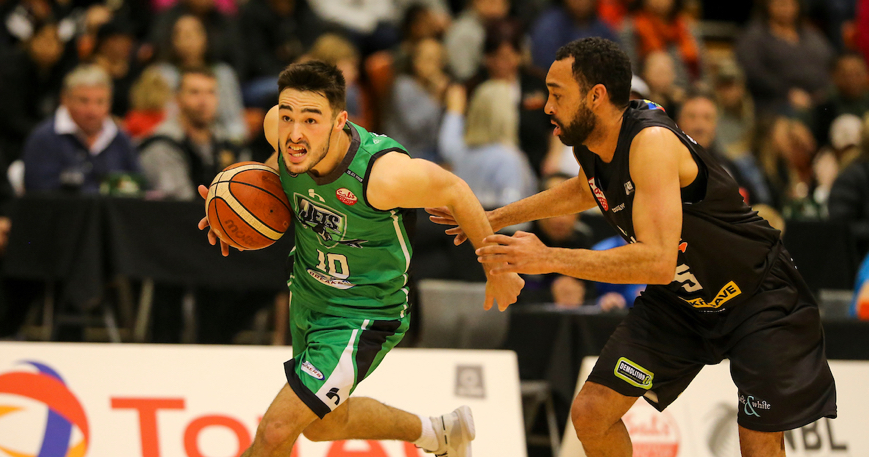 ONE of the inaugural sides in the New Zealand National Basketball League (NZNBL) almost 30 years ago, Manawatu Jets are prepared to make history in 2020 Sal’s NBL. Despite missing a number of seasons over the journey like other NZNBL teams, the Jets are back for their third consecutive season since returning to the league in 2018, and will be keen for a strong season in the modified competition.

The Jets are yet to taste championship success, but did reach their sole NZNBL Grand Final back in 1992. Based in Palmerston North, the Jets will be looking to bounce back from a two-win season in 2019, and prior to the COVID-19 lockdown, had signed a number of talented talls including co-captains Tia Temata-Frost and Jackson Stubbins who have both committed to the 2020 season.

With the Pre-Selection Period underway, the Jets could look to recruit both or head to the draft, with Stubbins having a close bond with coach, Tim McTamney.

““Tim (McTamney) was the primary reason I wanted to return to the Jets for a second season,” Stubbins said earlier this year on the club’s website. “He has invested a lot of time into my development, and helped me gain confidence in my own ability, something I will be forever grateful for. “I am really looking forward to taking on the leadership role alongside Tia, it really is an exciting opportunity.”

In the same article, McTamney was excited that Stubbins had committed to the club with plenty of interest among other clubs. While there are no guarantees in the 2020 Sal’s NBL competition, it gives the club a chance to pre-sign him and ensure the point guard remains in the green, black and white.

“Before any mention is made of his basketball ability, it needs to be said that Jackson is a young man who exhibits incredible loyalty to his team mates, is exceptionally honest in his effort and in his commitment to be better and is the most selfless player I have had the pleasure of coaching,” McTamney said. “His play on court, and his value to the culture of the Jets franchise, are both by-products of the character traits he possesses.”

It was equally no surprise to see Temata-Frost highly rated by the coach and a strong part of the town and club’s legacy.

““Tia showed last year that he was committed to developing as a player and always led by example in his approach,” McTamney said on the club’s website. “He embraced, more than anyone else, the need for continual improvement. “Tia is part of a family legacy in this town. “His father, Joe Frost, has given selflessly, arguably more than anyone, to basketball in the region over four decades. Tia is continuing in the same fashion. “He is a man of true character and embodies our team values. “I have made Tia co-captain of the 2020 team, his loyalty and selfless approach to the Manawatu is second to none.”

The successful Pre-Selected players will be announced today, with the Jets ready to hit the Player Draft on Thursday..