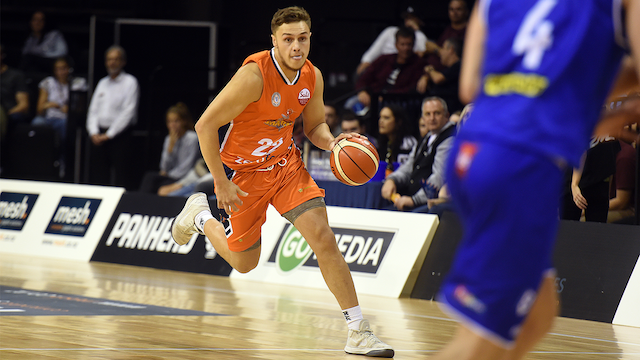 NEW Zealand basketball is set to have a big month in November with the 2020 New Zealand National Basketball League (NZNBL) 3×3 Cup taking place next weekend prior to the much anticipated 18in18 NZNBL women’s competition. There are 10 teams vying for the 3×3 title in the men’s competition, with the teams split into two pools of five sides, which will be held from November 12-14.

There are a number of differences with the 3×3 competition compared to a regular basketball match, including a court size of 15x11m and a maximum team size of four player. There are just 10 minutes per game with the first team to 21 announced the winner. The regular shot clock time of 24 seconds is also halved to 12.

A number of familiar teams are competing in the shortened competition, with this year’s Sal’s NBL premiers Otago Nuggets in Pool A alongside their grand final opponents Manawatu Jets. Taranaki Mountainairs are the other side to have competed earlier this year that falls into Pool A, whilst Hawke’s Bay Hawks and Tasman Suns also join the party.

In Pool B, a special NZ Select side will help even the numbers at 10 teams, whilst Southland Sharks also return to the competition after not competing in the shortened NZNBL format this year. The three other sides are Auckland Huskies, Canterbury Rams and Franklin Bulls who will all be looking to add some silverware to their cabinets after missing out in the NZNBl season.

Southland Sharks would be one of the favourites for the title with some serious firepower including teaming up Hyrum Harris and the much-improved Dom Kelman-Poto. The pair will make it difficult for opposition teams given their size and range, whilst Alex Pledger showed he could impress in bursts during the NZNBL season, and Alonzo Burton rounds out the four.

Franklin Bulls are also a danger team with Mr Double Double himself, Marcel Jones returning to the club for the 3×3 tournament and is joined by a trio of Bulls’ teammates. Isaac Davison was the star of the competition in the early rounds of the NZNBL season, and can shoot from range with ease. Nikau McCullough is also a known three-point shooter, as Joel Vaigangina rounds out the list.

Hawke’s Bay Hawks cannot be discounted with Derone Raukawa leading the charge after a mammoth NZNBL season. He can just about do anything, and he teams up with veteran Everard Bartlett, as well as Ethan Rubatsch and Taane Te Kira Samuel. Otago Nuggets will be keen to do the double and back up their NZNBL win with a 3×3 Cup victory, and they had a strong four. Sam Timmins is the big body close to the basket, whilst Josh Aitcheson, Kane Keil and Richie Rodger are all underrated scorers with plenty of talent.

Looking across the board, the Manawatu Jets will have the talents of Jayden Bezzant and Haize Walker, while the Taranaki Airs have gone with experience thanks to Aaron Bailey-Nowell and Tai Wynyard. Jordan Hunt is a crucial cog for Auckland Huskies this tournament, with Canterbury Rams sticking to what they know with Ben Carlile-Smith, Jack Exeter and Mason Whittaker all named in the side. NZ Select will have players to watch such as Samuel Aruwa, whilst the Tasman Suns welcome the talented Tom Ingham who will prove hard to stop.