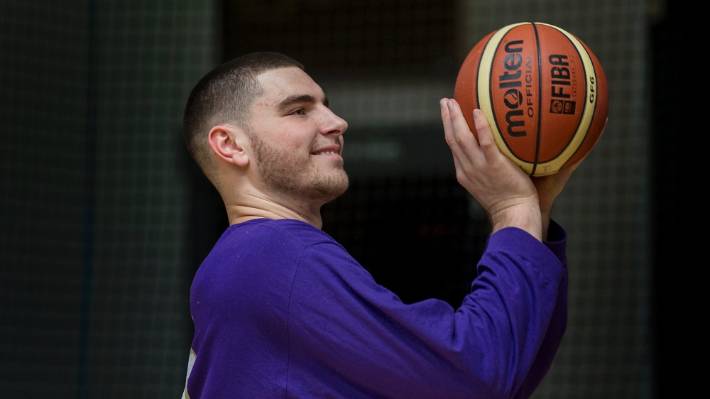 TEAM chemistry is the key to success according to Franklin Bulls’ head coach Liam Simmons who is ready to hit the court for the Bulls’ inaugural season in the New Zealand National Basketball League (NZNBL). The 2020 Sal’s NBL Showdown is less than a week away from tip-off, and the Bulls have selected their 12-player list that will run out in Franklin’s first ever season.

Whilst some teams might focus on star quality as the number one key to success, Simmons knows in a shortened season with less time to gel, it is vital the starting five and depth gets on the same page in terms of team goals in order to succeed. Whilst the Bulls might be the only side officially playing in their first season, Simmons said the team had left the newest team tag behind with the re-introduction of the Otago Nuggets (back for the first time since 2014) and Auckland Huskies (rebranded from Southern Huskies and relocating to Auckland).

“I think we gave up that title of “newest team” two teams ago with the Nuggets and Huskies,” Simmons said. “But our goals remain the same – establish culture and build a program that can sustain success. “Team chemistry comes from recruiting high character guys and I believe we have achieved that – so my expectation is that our guys will enjoy getting better each time we hit the floor and enjoy competing together.”

Simmons said the draft result had been promising for the Bulls and some of the newer and less experienced players were already showing promising signs.

“I like what we have added,” he said. “Really impressed by each of the new guys enthusiasm to get in and work and get wrapped up in Bulls culture. “Equally impressed by our core group who have sustained the culture and atmosphere we established before COVID. “That is easy when you recruit high character guys that enjoy the process of getting better.”

The Bulls selected former Southland Sharks’ talent Dom Kelman-Poto with their first selection in the NZNBL Player Draft, before picking up 211cm Sam Timmins who had previously signed with the Bulls prior to the COVID-19 pandemic after completing college in Washington.

Whilst those names, along with the highly rated Jackson Stubbins – who was named co-captain of Manawatu Jets prior to lockdown – might be the ones that catch headlines, Simmons was excited for the development of the list as a whole. When asked who could be a surprise packet for season 2020, the coach could not just pick one with so many players potentially popping up.

“That is tough – so many guys have shown improvement since I started here a few months back,” Simmons said. “I like our group and think there is room for some guys to turn some heads as this thing rolls out, which I love. “But the thing I like most is the guys are all working under the umbrella of being process focused and everyday just trying to get a little better. “I think when a person does that they leave the door wide open to do some fun things within the team setting.”

Simmons also said it was yet to be determined how the rotations would work within the side to manage the challenges of the modified 2020 season.

“My priority is to provide consistency for the players so they can pour their energy into competing and not have too many things going through their head and take the guess work out,” he said. Not a perfect science but that’s the goal.”

The former Southland Sharks big man stands at 201cm and 113kg, and will likely start as a power forward but also play through the center position if required. The 25-year-old had re-signed for another year with the Sharks after an impressive debut season with the Sharks in 2019, but when Southland opted not to take the court, Kelman-Poto went into the Player Draft. He was not off the board for long, with Franklin using the sixth pick on the big man. In 2019, he averaged 12.9 points and 8.3 rebounds through the Sal’s NBL competition, something he will be looking to continue and build on this year.

HEAD COACH LIAM SIMMONS ON WHAT KELMAN-POTO OFFERS TO THE TEAM:

“A great competitive spirit, toughness, his motor runs and I am excited to see his versatility.”

The 23-year-old towering 211cm, 120kg developing talent finished his college basketball last year with the Washington Huskies. He has previous NZNBL experienced, running out with the Otago Nuggets in 2013, and then Canterbury Nuggets in 2015 before leaving for college. Signing with the Bulls earlier this year, Timmins is capable of playing out of the four or five on the court – the same as Kelman-Poto – and having just turned 23-years-old, has a big future ahead.

Franklin Bulls tip-off in a week’s time when they take on Taranaki Mountainairs from 7.30pm local time. The Bulls have the longest wait to their first tip-off of the seven sides, and it will be fascinating to see how they go fresh against an Airs side that played the day before.