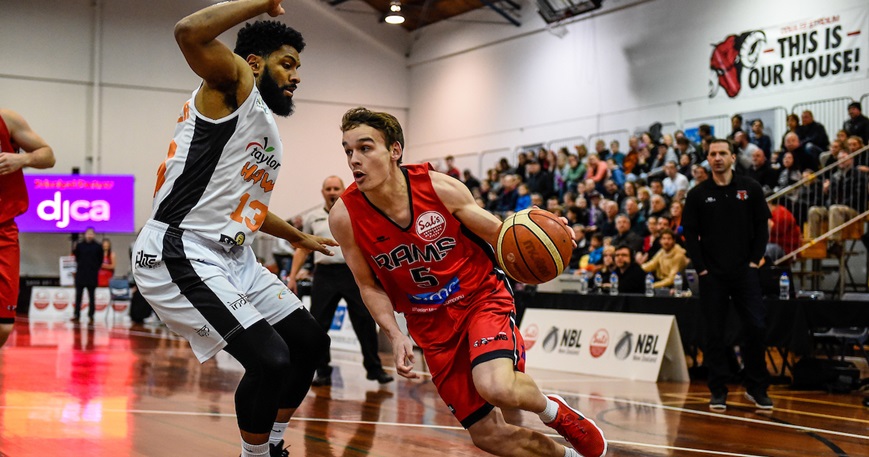 A POST-DRAFT injury to first round selection and premier New Zealand National Basketball League (NZNBL) big man, Jack Salt has the Canterbury Rams having to rethink their 2020 Sal’s NBL Showdown plans. Reports came through on Wednesday via Salt’s management on social media that Salt had injured his knee during training and would miss a couple of months, thus ruling him out of the upcoming season.

Unfortunate news for client Jack Salt. Injured his knee in training in New Zealand and will be out of action for a few months. Wishing him a speedy recovery and look forward to seeing him back on court. pic.twitter.com/pRMgXGdefu

Having returned from a successful college title over in the United States with Virginia, Salt was selected with pick five in last week’s Player Draft and looked to be the big man the Rams could centre an offence around. Now, they will look to their strong depth and other talented players to step up in the modified season. Unlike many other teams, the Rams had previously looked to local talent to run out on the court in the NZNBL, and picked up a heap of players who had previously donned the red and black, or had come through the Mainland Eagles Academy Athletes program.

Taylor Britt A 23-year-old point guard who was a member of the title-winning Perth Wildcats side in the Australian NBL last season, he returns to the NZNBL with greater experience and confidence to have an impact on the court. His role as a development player with the Wildcats will no doubt hold him in good stead when he will be required to step up and shoulder more of the load in the absence of Salt. Last season he rotated on to average 13.4 minutes per game, putting up numbers of 5.0 points, 1.8 assists and 2.5 rebounds per game, but expect those minutes to explode in 2020 with Britt worthy of a second round pick this time around. Joe Cook-Green Providing a double threat from the guards spot alongside Britt, Cook-Green is a former Ram himself before he headed off to play college basketball in Texas. In an article on the club’s website earlier this year when Cook-Green returned to the club, head coach Mick Downer said he was excited to see what the talented up and comer could bring to the side after plying his trade over in the United States. CANTERBURY RAMS HEAD COACH MICK DOWNER ON JOE COOK-GREEN RETURNING TO THE NZNBL: “We are really excited about having Joe return to the Rams after finishing his college career in the states. Joe has a positively infectious nature, he’s upbeat, tenacious and hard working. It’s really exciting to have another former Eagles player return and commit to the Rams. We are really looking forward to supporting Joe’s transition into the professional game, he has great capacity to play at a really elite level of basketball.” Canterbury Bulls begin their 2020 Sal’s NBL Showdown campaign against Auckland Huskies on opening night at 7.30pm, followed by taking on Franklin Bulls on Thursday and Taranaki Mountainairs on Saturday, with 48-hour breaks between each game. —