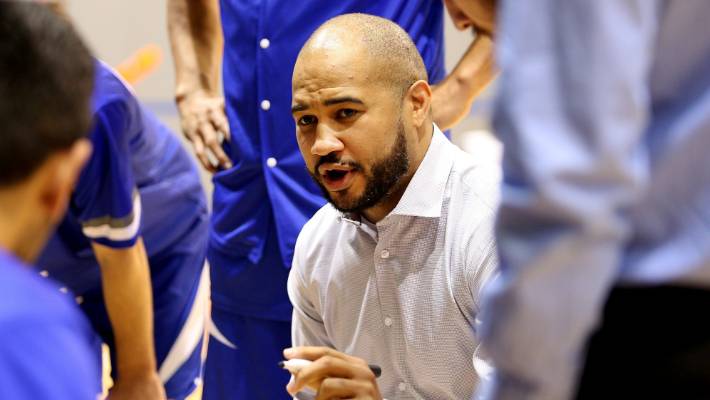 RETURNING for their second season in the New Zealand National Basketball League (NZNBL), the Auckland Huskies have put together a team ready to compete. From the 37-year-old Rashid Al-Kareem down to the teenage future star of Taine Murray, the Huskies have plenty to like about their 2020 Sal’s NBL Showdown list.

Entering the draft last of the seven teams, the Huskies had the first opportunity to draft back-to-back players onto their list and opted with Izayah Mauriahooho-Le’afa and Tohi Smith-Milner who provide that big and small combination. Huskies General Manager, Matt Lacey said the reasoning behind selecting the talented Mauriahooho-Le’afa with their first pick was as much about what he offered off the court as to what he offered on it.

“At just 16 years old he became one of the youngest players to put on a Tall Blacks singlet and played 44 games for the Wellington Saints before heading to Sacramento State University on a four-year scholarship,” Lacey said. “We had a variety of feedback from a number of player and coaches, all of whom spoke highly of his maturity before heading to college so four years on we expect him to be a polished performer who can lead our team.

Not only will the talented college star play a role on the court through his own game, but also mentoring young star, Murray off it.

“Taine is likely heading to college in the USA in the future so he can pick Izayah’s brain,” head coach Kevin Braswell said. “Izayah has just returned from an outstanding four-year college career at Sacramento State University so he can pick his brain during practice, after practice, and in the hotel – they are going to be around each other for six weeks. “Izayah will also take a lot of pressure off Taine.”

The Huskies have been able to add plenty of talent on the court including New Zealand Breakers’ Director of Player Development, Al-Kareem – who will add veteran smarts to the rotation in the three and four spots – and the experienced leader in Leon Henry to the fold. Others who Lacey is excited about include another experienced player in Johnny Fesolai, and a young duo in Marvin Williams-Dunn and Nate Wilson.

“We want to play a fast and open style,” Lacey said. “We will utilise the shooting and playmaking ability of the guys we have secured. “With a mix of experience (Leon, Rashid, Johnny) and youth (Taine, Marvin, Nate) we feel like we have a great blend of talent to rotate throughout the intensive six-week period.”

The first selection in the Sal’s NBL Player Draft was a talented point guard coming straight out of college and returning to his home nation. Born in Wellington, Mauriohooho-Le’afa represented the Sacramento State Hornets where he averaged 10.3 points, 3.6 rebounds, 2.1 assists and 1.8 steals per game. He shot at a 37.2 per cent clip from the field, and improved on his numbers from the season before. He will likely be that starting point guard who is able to be a prominent scorer on both the inside and outside, with his accuracy from long range last season being a high 36.9 per cent. Being taken as the Huskies’ first ever draft pick, Mauriahooho-Le’afa will be a real player to watch in the season with high expectations on his shoulders.

Considering the way the Huskies drafted in the first five, expect the Melbourne United big man to roll into the five position with the 205cm, 112kg Tall Black able to play out of the four or five positions. In the Australian NBL, Smith-Milner averaged the 3.3 points and 2.1 rebounds in season 2019/20 starting in three games but playing in a massive 27, improving on his previous season with United. He was more dominant at the lower NBL1 level where he started all 21 games for Kilsyth Cobras, dropping 15.5 points, 8.5 rebounds and 2.0 assists. For a 200cm+ players, Smith-Milner is not afraid to go for long range bombs, averaging 36 per cent from outside the arc to go with his 49 per cent from inside it.

Before the COVID-19 lockdown, Henry was announced as the Franklin Bulls captain after being the newest side’s first ever signing. A six-time NZNBL champion and three-time ANBL champion, the 34-year-old Tall Black has experience that clubs cannot buy. He is a showman who is capable of just about anything on the court being the All-Time three-point record holder and a dominant rebounder, as well as a former ANBL Dunk Champion. With his success and experience, Henry will provide great experience to the younger Huskies, and someone who can lead the offence. He averaged 10.45 points, 7.4 rebounds and 2.65 assists last season for the champions, Wellington Saints and can play out of the three or four position.

After picking a veteran guard with the previous pick, the Huskies opted for a teenage guard with the next selection. They picked up the 18-year-old Murray who has a big future ahead of him despite his raw nature. Having already represented the Tall Blacks on a couple of occasions, the Rosmini College graduate was originally named to compete at the FIBA Under-17 Oceania Championships in August. Whilst he might be young, Murray will likely hold down that starting shooting guard position and provide electrifying highlights on court. The teenager has some break-neck speed to break down opposition defences and is not afraid to use the one-hand dunk with some fantastic aerial abilities.

HEAD COACH KEVIN BRASWELL ON WHAT THE HUSKIES ARE HOPING TO GET FROM HIM IN THE SEASON HEAD:

“I’m going to need Taine to deliver every night, and score. He’s not a guy we are bringing off the bench or thinking he’s going to play five or 10 minutes, he’s a guy who will probably play 25 minutes a night. “We want him to capitalise on this opportunity. He’s a kid who has worked so hard to get to the level he is at now and I believe the sky’s the limit for him.”

The Huskies begin their campaign against Canterbury Rams next Tuesday in the second game of the opening night. In what is ultimately a condensed season, Lacey is excited about what the next month and a half holds for the franchise.

“We feel great,” Lacey said. “It has been awesome to get all the guys in together. Coach Aaron Young has done a fantastic job with getting everyone on the same page while we wait for KB (Braswell) to finish out his two week quarantine stint. “It is hard to believe we are only five days away from tip-off but everything is coming together.”