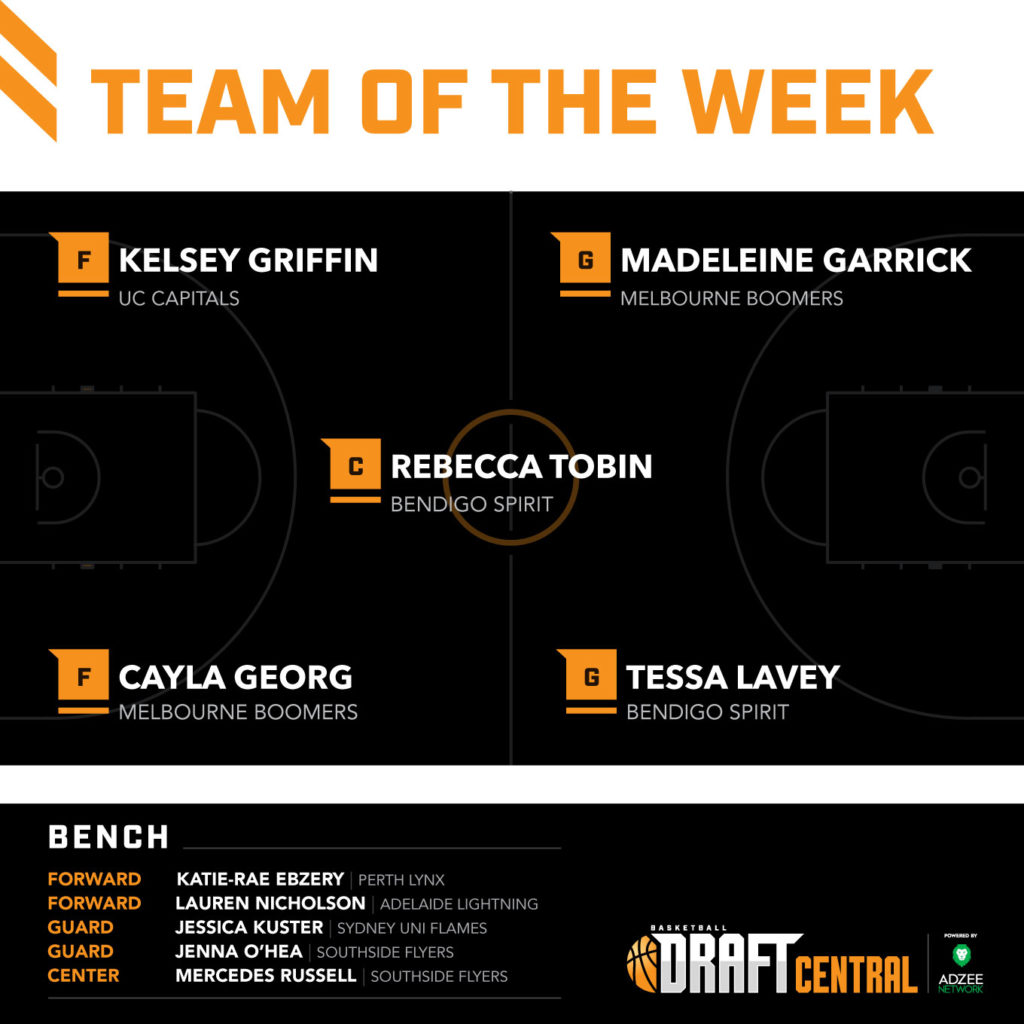 THEY have had differing formlines of late and even this season, but Southside Flyers, Melbourne Boomers and Bendigo Spirit finished the weekend with a couple of players in our Women’s National Basketball League (WNBL) Team of the Week. In what was another difficult week to narrow down the players to just 10, every other team had at least one nominee with the exception of cellar dwellers Townsville Fire who missed out on a nominee this round.

Bendigo’s duo of Tessa Lavey and Rebecca Tobin both made the starting line-up, with Lavey sinking 16 points, five rebounds, 11 assists and two steals, while Tobin was instrumental in center with 8 points, 16 rebounds, 5 assists, 2 steals and three blocks. Tobin won the stating spot over Mercedes Russell with the Flyers’ center also impressing with a double-double average. Russell was joined on the bench by teammate, Jenna O’Hea.

Melbourne Boomers’ duo Madeleine Garrick and Cayla George also made the starting side, with Garrick a standout guard over the round, posting 26 points, three rebounds, four assists and three steals, while George was named as a forward this week with five points, 14 rebounds, eight assists, two steals and four blocks. Rounding out the starting side was Team of the Week regular, Kelsey Griffin who had 27 points, seven rebounds, two steals, one assist and one block over the weekend.

Perth Lynx’s Katie-Rae Ebzery and Adelaide Lightning’s Lauren Nicholson fill out the bench guard spots for Round 7, while forward, Jessica Kuster has been named in the side. They were far from the only contenders however, with a trio of Flyers (Rebecca Cole, Leilani Mitchell and Sara Blicavs), a duo from Sydney Uni Flames (Alex Wilson and Alice Kunek), a duo from Townsville Fire (Julie Vanloo and Abby Bishop), UC Capitals’ Kia Nurse and Adelaide’s Stephanie Talbot.