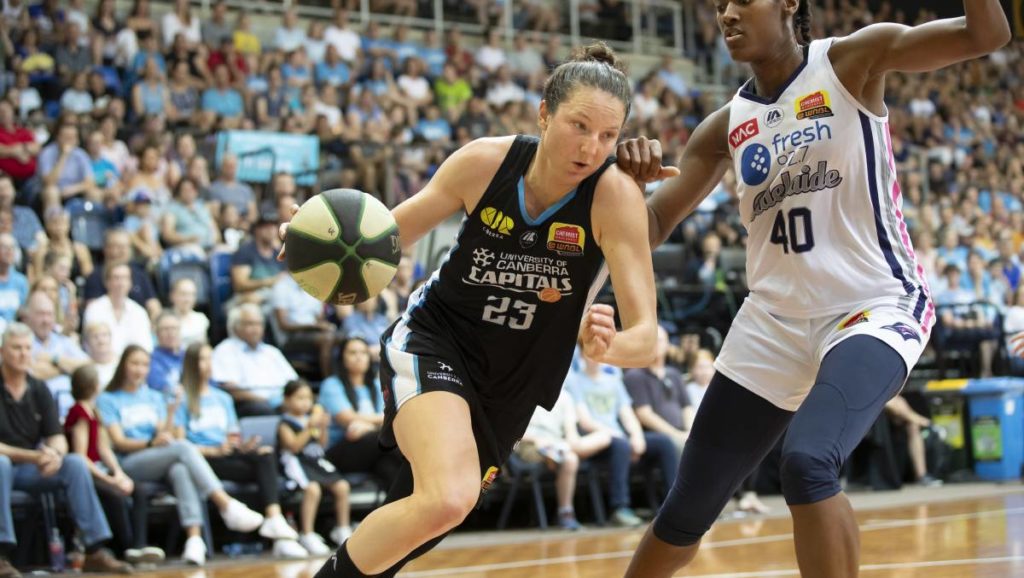 LAST year’s premiers, University of Canberra (UC) Capitals were deserving of the overall title, finishing on top of the table after the regular season, then winning through the Women’s National Basketball League (WNBL) finals series in a clean sweep of Perth Lynx, and a 2-1 series win over Adelaide Lightning, bringing the title home in front of home fans. The Capitals will have a largely different looking list heading into the 2019/20 season, but with a couple of the league’s best players surrounded by a host of young talent, the Capitals have set themselves up for long-term success.

The damaging duo of Kelsey Griffen and Kia Nurse lead the way for the premiers, with Griffin sinking an average of 19.8 points, 11.5 rebounds, 2.5 assists and 1.8 steals per game, ranked number one in both points and rebounds, while being the second highest effective field goal shooter of the top 20 point scorers with 51 per cent accuracy. Nurse was not far behind on the stats sheet, averaging 17.8 points, 4.9 rebounds, 2.1 assists and 1.4 steals, with her relative inaccuracy (38 per cent) only holding her back from being even more dominant in the scheme of things. Marianna Tolo got better as the season went on, averaging 13.7 points, 5.5 rebounds and 2.1 assists per game, while the biggest departure of the off-season was Kelly Wilson with the 170cm guard heading to Bendigo where she played in the Braves’ NBL1 side and now front up for the Spirit. Lauren Scherf headed to Sydney Uni, while Leilani Mitchell (Southside Flyers), Kate Gaze and Hannah Young (both Townsville) are the other rotation players out of the team this season.

Former Capitals’ player, Mikaela Ruef has returned to the WNBL after a stint in France and then in the Queensland league for Logan Thunder. The Capitals also picked up French national, Olivia Epoupa from Galatasaray in Turkey, with Alex Delaney crossing from Sydney Uni. Having a close eye on the Basketball Australia Centre of Excellence in Canberra, the Capitals plucked out young stars, Gemma Potter and Lily Scanlon who were impressive in the NBL1 and have big futures in the WNBL. Pyper Thornberry and Maddison Wheatley round out the inclusions having stepped up from the Canberra Nationals.

Kelsey Griffen. Even though you could pick anyone of a number of players, the leading points scorer from last season is still the player to beat across the competition. She is consistently damaging and one who will help shape the future careers of some of the young talents coming off the bench for the Capitals as they strive to go back-to-back in season 2019/20.