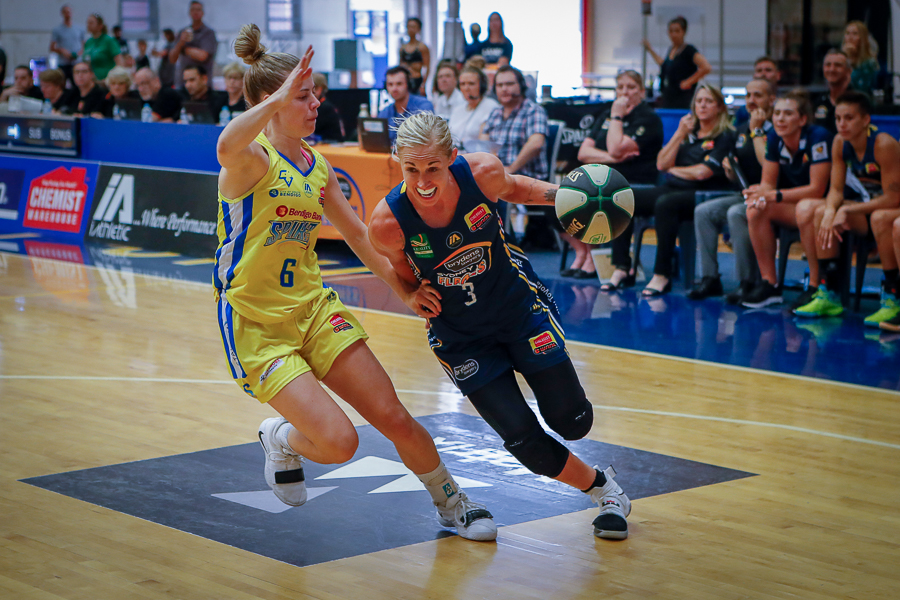 AFTER a Women’s National Basketball League (WNBL) title three seasons ago, Sydney Uni has gone through somewhat of a rebuilding phase, bowing out in the semi-finals before dropping down to wooden spooners last season. Head coach Cheryl Chambers stepped down in January – and was appointed Southside Flyers mentor six months later – with Basketball Victoria’s Under 20s coach Katrina Hibbert appointed to lead the Flames into the next era. With legendary talent Belinda Snell also retiring over the off-season, the Flames have plenty of changes that will take time to adjust.

The Flames had a season to forget, with Tahlia Tupaea (21.4 points, 3.7 rebounds, 2.9 assists and 1.0 steals per game) averaging the most points per game in the competition, while Brittany Smart was next in line (12.8 points, 5.1 rebounds and 2.6 assists per game). The duo will be looking for an even spread across the side this year, with a number of recruits from both the WNBL, state and international scenes. With the loss of Snell, it will be up to the coaching staff to try and build a game-plan to bounce back from last season.

The good news for the Flames is outside of Snell’s retirement, they only lost Alex Delaney to the Capitals, and Vanessa Panousis to Greece. Coming into the side, they picked up Lauren Scherf from the reigning premiers, where she played every game, averaging 8.8 points, 6.7 rebounds and 1.5 assists per game. Scherf then dominated for Knox Raiders in the NBL1 competition, averaging 21.0 points, 12.9 rebounds, 1.0 steals and 1.5 blocks last season. Also looking to get more starts in games, Colleen Planeta crossed from Adelaide having started in just five matches, but coming off the bench to average 8.6 points, 4.5 rebounds and 1.5 assists per game. Like Scherf, Planeta went back to the NBL1 over the winter to be an impressive player for Dandenong Rangers off the boards with 9.5 rebounds per game to go with her 18.3 points. Jessica Kuster and Alice Kunek have both come to Australia from overseas, with Kunek returning to the competition having played with the Boomers and Rangers previously, while Kim Hodge makes the step up to the WNBL after playing with Manly.

Lauren Scherf could be the player the Flames are able to slot straight in and fill the big shoes of Snell. She has big game experience with the Capitals and has only got better over the winner with the versatility to play forward or as a center. Her time at Knox will no doubt have helped her develop other areas of her game, and at 196cm, she is a dominant match-winner at her best.