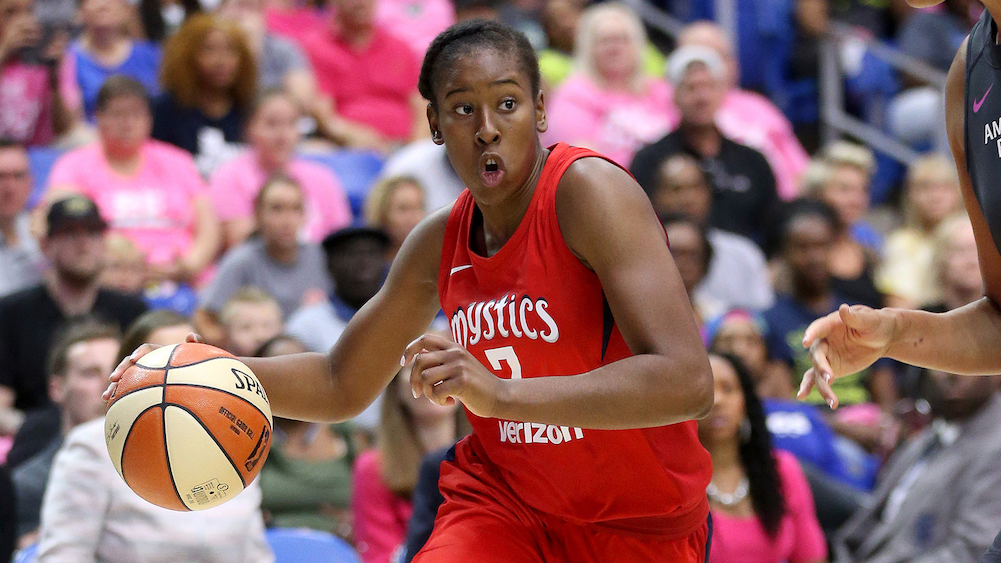 ONE of four clear title contenders throughout the 2018/19 Women’s National Basketball League (WNBL) season, Perth Lynx fell in the semi-finals to eventual premiers, University of Canberra (UC) Capitals. The Lynx fought hard throughout but were ultimately outclassed by a better outfit over two games, though finishing four games safely inside the top four was a massive credit to the West Australian side’s season. Now they look ahead to 2019/20, bringing in a trio of young local stars to add to the depth of the side that will be without its Most Valuable Player (MVP) from last season.

In a side that had plenty of contributors, it was Asia Taylor who stepped up and took out the Lynx’ MVP, as well as being named in the All-Star Five for the competition. She averaged 19.4 points, 8.2 rebounds, 2.1 assists and 1.9 steals in the competition, returning to the Minnesota Lynx ahead of the Women’s National Basketball Association (WNBA) season. Along with Taylor, Brittany McPhee was prominent with 13.5 points, 6.2 rebounds, 1.9 assists and 1.0 steals per game, and she also departed the Lynx to compete in Spain. American, Alison Schwagmeyer has stayed on board, re-signing with the Lynx and hoping to back-up her 14.0 points, 4.4 rebounds, 2.0 assists and 1.2 steals per game in 2018/19. Shyla Heal (Bendigo) and Antonia Farnworth (Melbourne) are the other two key departures.

Perth wasted no time bringing in a Bendigo Spirit duo in Nadeen Payne and Marena Whittle, with Payne ranked inside the top 20 for points last season, averaging 13.3 points, 4.7 rebounds and 1.6 assists. The Lynx also brought in WNBA players, Imani McGee-Stafford from China and Ariel Atkins from Poland to add international tactical knowledge to the side. Arguably the greatest improvement for the Lynx might come in their depth, signing on three local Lynx Academy players to the roster, with Jewell Williams, Nes’eya Williams and Taylah Burrows giving Perth fans a glimpse into the future.

Ariel Atkins is the wildcard, with the Texas local averaging 10.3 points, 2.8 rebounds, 1.9 assists and 1.4 steals per game for Washington in the WNBA last season, and was named in the WNBA Rookie Team and WNBA All-Defensive Second Team in 2018, before backing up the latter last season.