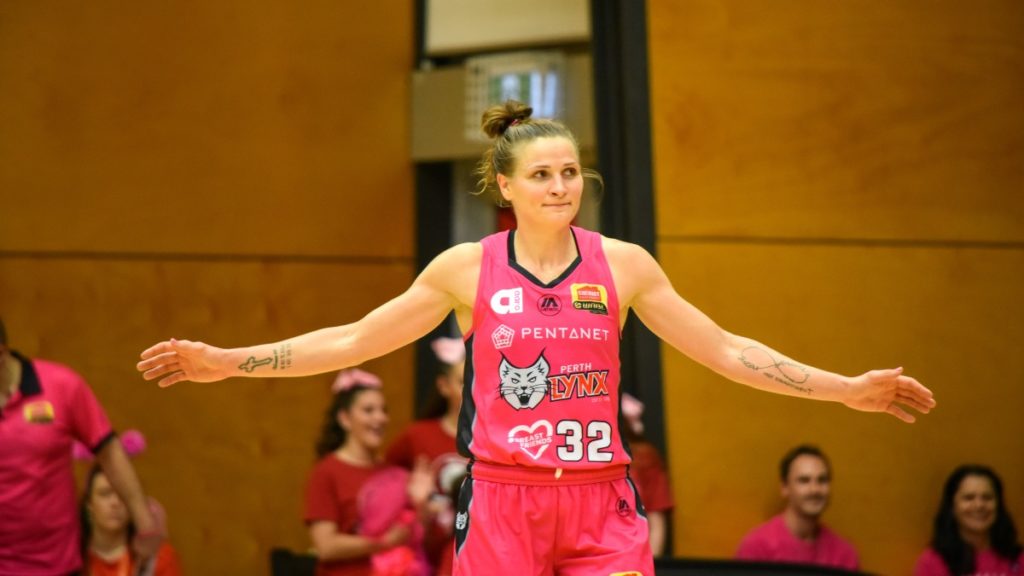 PERTH Lynx had a relatively disappointing 2019/20 season in the Women’s National Basketball League (WNBL). Despite having plenty of talent and opportunity to take control of the season they seemed to be missing a piece to change the game when required.

From 13-8 to 8-13, Perth did not qualify for playoffs for the first time since they changed the team name back to Perth Lynx. Bringing in the dynamic duo from Bendigo was a highlight, as Nadeen Payne came off an impressive 10.2 points, 4.6 rebounds season, while Marena Whittle, one of the league’s most promising up and comers soon to enter prime, put up 10.3 points and 4.8 rebounds. Payne and Whittle did not need a couple games to settle in to the team like some newcomers might have needed, instead they played aggressively from the opening tip, feeding to one another through the classic pick and roll. Perth made some great additions before the season, expanding their depth on an international scale, finding Americans, Imani McGee-Stafford and Ariel Atkins. Both proved to be solid pickups, as the pair averaged over 10 points a game for the season. Lynx’s core grew exponentially, signing three local Lynx Academy players to the roster, with Jewell Williams, Nes’eya Williams and Taylah Burrows. However even with all the new and exciting recruits, the loss of Shyla Heal who left for Bendigo to become their leading scorer, was just the type of player the Lynx could have used down the stretch to reach the playoffs. This season also brought an end to coach, Andy Stewart‘s contract with the veteran still unsure what next season brings.

The Lynx assembled a deep line-up this year, having a whopping six players who averaged more than 10 points a game – almost seven with Laura Mansfield scoring 9.6 points per game while leading the team in assists with 4.5. This depth was cemented with Alison Schwagmeyer-Belger winning the Sixth Woman of the Year Award. A literal celebration of having the best player on the bench compared to every other team. However with such depth but a lack of success, the Lynx clearly lacked that superstar player. The type of player who comes up big in the fourth, who gets you a bucket when you desperately need one, who when entering the game, the entire atmosphere changes. Katie Ebzery is the closest player they have to that description, leading the team in points with 16.3 and receiving WNBL All-Star First Team honours for the season. Even though Ebzery was seventh in the league for scoring, fans might look at Maddison Allen, as a player for the future, having led the team in blocks this season with 1.8, as a glimpse into the distant future.

With players like Kelsey Griffin dominating the league, Perth becomes more and more dependent on Mcgee-Stafford making the leap from vital second or third option to MVP contender. McGee-Stafford pulled down more boards than anyone on the team with 8.4 per match while nearly putting the most points on the scoreboard with 15.3. The Lynx are also keeping a close eye on Atkins’ development. Formally named in the WNBA Rookie Team and WNBA All-Defensive Second Team, the Lynx have a high bar for Atkins to reach next season. Atkins led the charge on defence all year, achieving the most steals a game with 1.9. But maybe the dark horse contender to lead Perth back into the playoffs is Williams. Williams made the most of every opportunity she was given, playing 20 out of 21 games, shooting the lights out with a 51.7 field goal percentage along with a 45.5 three point percentage. With the sport becoming more three point reliant, and given that young Williams leads her team in both categories at only 19, do not be surprised if every other team in the league try and steal her. But with so much room to improve, hopefully Lynx can rack up more than eight wins next season.