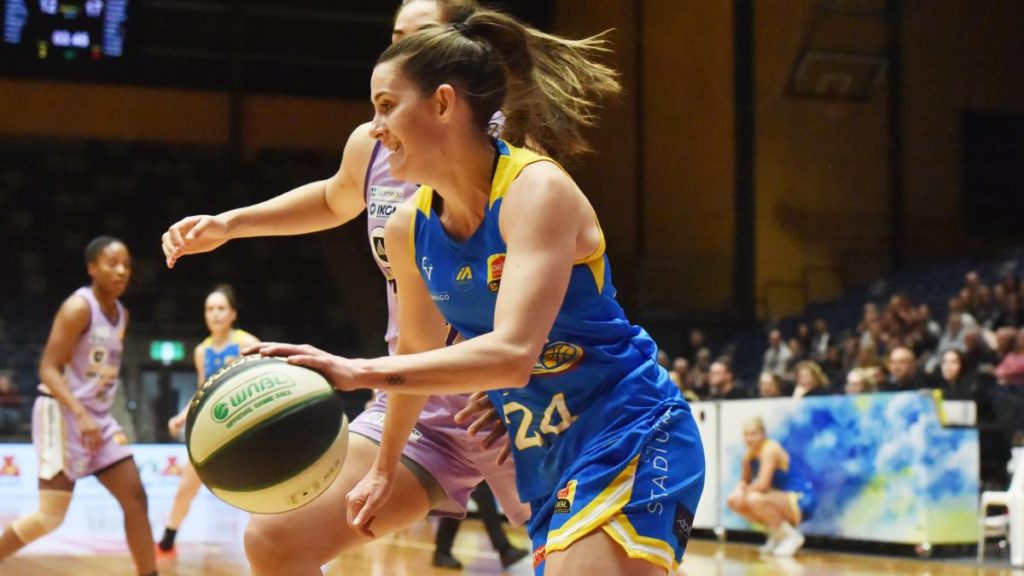 IT was a case of new faces, same story, for the Bendigo Spirit during the 2019/20 Women’s National Basketball League (WNBL) season, with the side fortunate to not finish on the bottom of the ladder after having a few bumps along the way.

This season for Spirit was categorised by fresh faces. Recruiting so many players, it was almost a completely new line-up from last year. To go with this brand new roster, the Spirit brought in a brand new coach in Tracey York. But with new faces came the issue of key old names missing, such as 2018/19 leading scorer, Nadeen Payne who left to join the Perth Lynx, along with Marena Whittle. The Lightning acquired Natalie Hurst while the Flyers grabbed Louella Tomlinson, and Jessie Rennie left for the USA. Nevertheless, Spirit was able to bring in Tessa Lavey and Carley Ernst from Dandenong Rangers, Shyla Heal from Perth and Kelly Wilson from Canberra. The Spirit also picked up Kasey Burton from Melbourne, and Marte Grays from the USA as their final piece for what was a chaotic offseason. Yet with so many fresh faces came very little team chemistry as the Spirit finished second last, again. But even with such an uncharted roster, a winning culture would surely be set as long as the team was captained by Wilson, or so was thought. Fresh off winning the NBL1 MVP for the Bendigo Braves, putting together 19.3 points, 10.5 assists, 6.4 rebounds and 2.0 steals a game, the Spirit were optimistic about their chances. But their dysfunction went far beyond a lack of common bond among players.

Rebecca Tobin, Spirit’s best player from last season, looked to have taken her game to the next level when playing in the NBL1, averaging 16.3 points, 12.8 rebounds, 3.3 assists, 1.8 steals and 1.6 blocks per game from 15 matches. However misfortune would follow as Tobin was sidelined after a knock to the head during a training session right before the season. Playing just a third of the season, Tobin would only average 8.3 points a game. This would be a massive factor for what was certainly a derailed season. Placing in the bottom two in both steals and blocks per game, while also being second in turnovers, the Spirit simply struggled defensively. The side’s concentration on bringing in new players this season instead of building up last season’s combinations ultimately proved to be their downfall, with the changes on court falling short from expectations.

The Spirit had a very tough schedule to begin the season, playing seven teams that would make the playoff across their first eight games. It was not exactly the fairytale story Gabe Richards wanted to end her career on. A two-time champion who wore the Bendigo Spirit uniform for almost every season the Spirit has been alive in the WNBL, her presence will be sorely missed. However the torch may be in the hands of new recruit, Shyla Heal, who by all standards had a breakout season. Daughter of Australian basketball legend, Shane Heal, Shyla was expected to be a key contributor from the jump, learning from the more experienced players, her role was initially about being the spot up shooter in the offence. But at only 18 years of age, she put the league on notice and led her team in points per game with 12.1. Definitely a player to follow, who will not only be the Spirit’s franchise player, but maybe one day the face of the league.