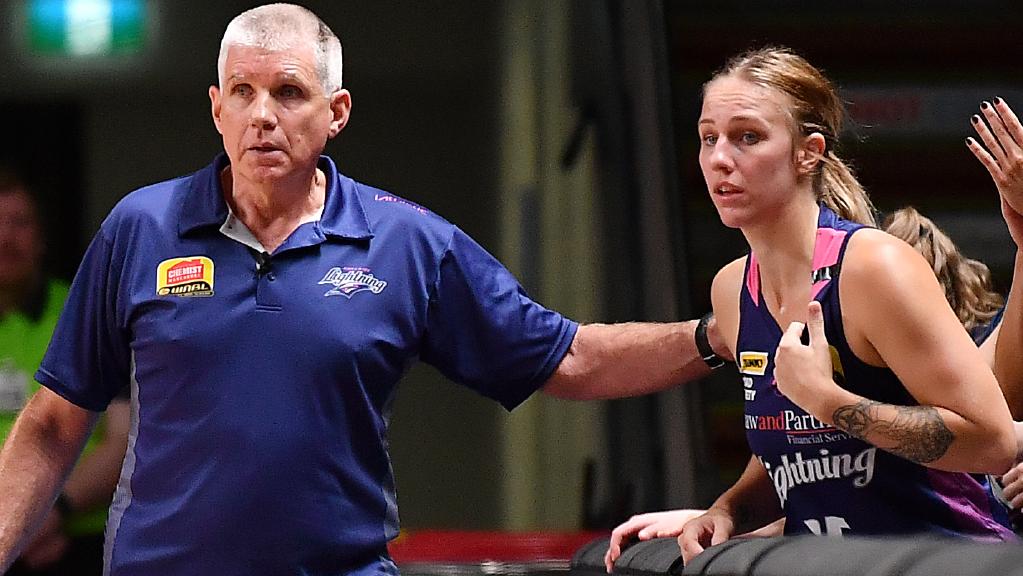 LED by veteran coach Chris Lucas, Adelaide Lightning fell agonisingly short of the big dance, going down by three points to the Southside Flyers in both semi-finals. The Lightning made their case well and truly known in season 2019/20 with some hard fought wins to set them up for a finals berth, but in the end they lacked that final piece of the puzzle to get them over the line.

The Lightning made noise early in the offseason, acquiring Stephanie Talbot, a quintessential weapon stripped off the Melbourne Boomers. To accompany Talbot, the Lightning added Crystal Langhorne to the roster who was arguably the most talked about signing felt around the entire league. Fresh off winning a championship in the Women’s National Basketball Association (WNBA), the two-time WNBA all star matched the expectations in her first game. Scoring 20 points and grabbing 13 rebounds, while shooting 100 per cent from three-point range. Knee soreness plagued the rest of her season with doctors ruling her out after confirming she aggravated a pre-existing knee injury and would not return for the season forcing Adelaide to dig deep without her.

Brianna Turner did her best to pick up the slack, leading the team with 16.8 points a game while averaging 10.7 rebounds, second to only Kelsey Griffin of the Capitals (excluding Langhorne). Behind Turner for the Lightning followed Lauren Nicholson with 14.2, Talbot with 13.8 and Nicole Seekamp with 11 points a game. Everyone lifted their load to make up ground Langhorne had left, and they surprisingly were doing just that, winning three of the first four games. A big reason for the teams immediate sense of harmony was because of Seekamp, who was at the top of her game, dishing eight assists a night; a league high. However she was also quite costly with ball in hand, leading the league in turnovers, with 4.2 a game.  Another reason for their post-Langhorne success was the crafty dynamism of Seekamp and Nicholson. One of the most famous pairs in the WNBL, captain Seekamp called their recognised connection “telepathy”, and this season was no different. The duo did a great job leading and pushing the team all the way to the playoffs, but unfortunately what they did on offence did not make up for the team’s shortcomings on defence. Lightning were ranked in the bottom three for steals, which unfortunately did not bode well for playoffs unable to generate enough turnover ball.

The Lightning also signed Natalie Hurst and Laura Hodges, two 36-year-old veterans to act as role models for the younger players. Their influence was handy for young players like Sarah Elsworthy, Chelsea Brook and even Turner helping to set the tone and standard for the team. But even on the court their significance this season cannot be downplayed. Hurst and Hodges were spectacular late in games in more ways than people notice or at least give credit for. They were never raddled, they knew the right play, and they knew what to say to the younger players to get the best out of them. These are the things a team can only obtain from experienced players. Missing out on that championship banner by the margin they did was painful, but the way this team never stopped fighting after losing what was supposedly their best player in the opening round is commendable. This season should not be looked down upon by Lightning fans.