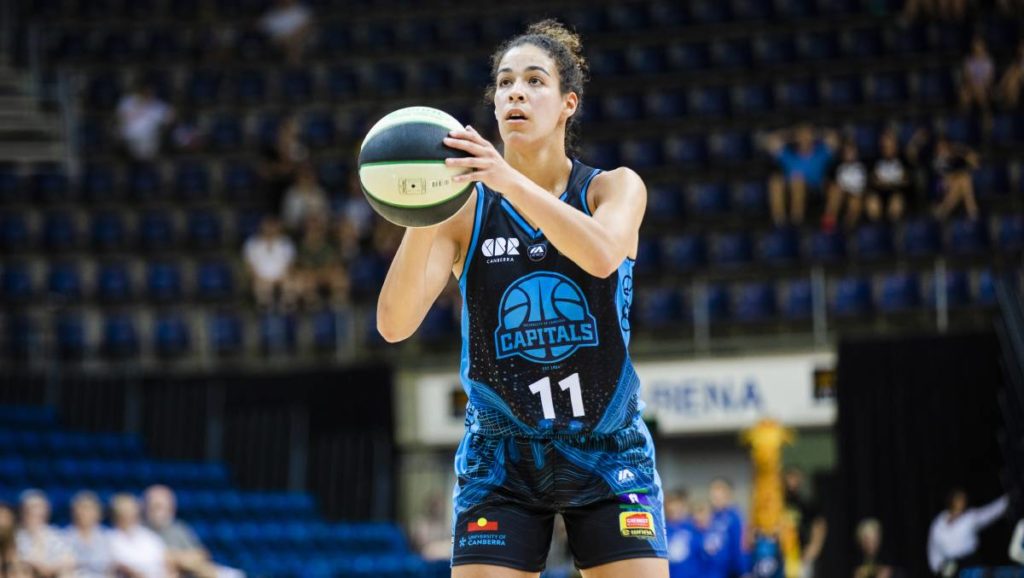 WITH the finals within reach the Women’s National Basketball League (WNBL) is about to ramp up with a host of key match-ups headlining Round 13, none bigger than the clash between Melbourne Boomers and Southside Flyers.

It will be a blockbuster opening to Round 13 with the Adelaide Lightning hosting the in form Melbourne Boomers who have shown they have skill to boot. The Lightning have rallied in recent weeks claiming four of their last five wins much like the Boomers, making for a hotly contested game. The Boomers currently sit second on the ladder but a loss here could see them potentially drop down the ladder, meaning the Lightning have a lot to play for. Both sides are relatively evenly matched when it comes to points scored, but Melbourne could find themselves in a world of hurt if they do not get on top of Adelaide early when it comes to points scored from fast breaks. With the likes of Lindsay Allen and Cayla George leading the way the Boomers have a plethora of options when it comes to damaging the scoreboard. Madeleine Garrick can also post her fair share of points making the Boomers a deadly counterpart once they get going. Lucky enough for the Lightning they have a pretty stacked line-up with the likes of Brianna Turner a points scoring machine. Turner along with Lauren Nicholson and Stephanie Talbot can do a wealth of damage to trouble not only the scoreboard but so too the Boomers.

The Townsville Fire have struggled for consistency throughout the 2019/20 season as opposed to reigning premiers the UC Capitals who have left their mark on the competition. Despite dropping a few games here and there the Capitals, despite a shock loss last week against the lowly ranked Spirit, have been hailed as a team to watch with their best hard to stop. Headlined by Kia Nurse, UC have scoring prowess and class across the board while Keely Froling and Marianna Tolo are no slouches able to consistently hit the scoreboard. It is not only their work in the points department but ability to gather the rebound or dish off assists that makes the Capitals a damaging opponent.  Although the Fire do not have the same depth as their competitors they have their own key players in Darcee Garbin and Abby Bishop. Both players are known for their ability to put points on the board and if they can get enough of the ball early will help to set up a good foundation for the game. Townsville and Canberra are both coming off losses and will be looking for redemption but given the Capitals have that extra bit of star power it will be an uphill battle for the last placed Fire.

The fifth placed Sydney Uni Flames are set to take on the Townsville Fire who will have played their second game in as many days. The Flames have worked their way up the ladder and will be looking to consolidate on their recent form against the struggling Fire who have only notched up three wins so far. Despite the Flames dropping their last two games they still have a wealth of key players that can have an influence and help dictate the flow of the game. The Flames would be well aware that if they lose this match it could be the end of their albeit slim finals hopes. Alice Kunek has been a scoring machine for the Flames leading the way with a whopping 292 points so far this season and while she had a quiet game last week she will be looking to bounce back. Teammates Colleen Planeta and Jessica Kuster are just a couple of other game changers for the Flames with their dynamic style of play. For the Fire the usual suspects in Bishop and Garbin will have to step up but expect the likes of Bridget Carelton to have an impact.

It will be a battle of the two lower placed teams with Perth Lynx playing host to the Bendigo Spirit on Sunday. The Spirit will be riding high after notching up a surprise win against the Capitals last round and will be aiming to replicate that strong showing once again. Bendigo have had an up and down season this year but a win here could see them leapfrog their opponents on the ladder. On the other hand, Lynx will be holding on tight to ensure they do not drop down the ladder with the end of season quickly approaching. Kate Ebzery and Alison Schwagmeyer have been the shining light for the Lynx able to win a game off their individual performance. Schwagmeyer has posted some hefty totals throughout the year and will have to pull out all the stops to get over the top of the Spirit who are on a two-game winning streak. Imani McGee-Stafford is another player that can tear games wide open making her an ominous threat for the Spirit. But Bendigo should not be worried with the likes of Carley Ernst a handful to control. Ernst can apply plenty of scoreboard pressure while Shyla Heal has continued to develop as the season has worn on making for an intriguing battle.

The final game of the round is set to finish with a bang with one versus two. The Boomers will be suiting up for their second game of the round, while the Southside Flyers will be hoping to capitalise on their opponent’s fatigue. Having not played since last round the Flyers will be hoping to exploit any potential cracks in their cross-town rivals and get some separation on top of the ladder with a win. Southside are littered with a wealth of game changes in the form of Rebecca Cole and Mercedes Russell. Both players can knock back some lofty totals with Cole dropping 30 points in one game last week highlighting her sheer explosiveness if left unattended. Other key players such as Leilani Mitchell and Sara Blicavs pose a dominant threat for the Boomers given their ability to flick a switch and cause an impact. The Boomers have the firepower to inflict some pain on the Flyers with Ezi Magbegor, George and Allen all able to have an influence while dual athlete Monique Conti offers plenty of skill. With stacked line-ups and relatively even statistics across the board it will be an enthralling game for all involved.