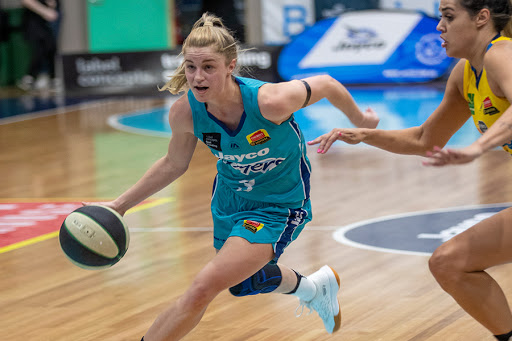 THE finals battle between the Southside Flyers and Adelaide Lightning is set to tip off tonight with both sides vying to get their finals campaign off to a hot start. It is the first of three games and given their recent form should make for a cracking match-up between the two teams.

The Southside Flyers finished on top of the ladder for a reason and will be hoping to romp it home against the fourth placed Lightning. They are in hot form winning four of their past five games highlighting just how dominant they can be. On the other hand, the Lightning have had a scattered past dropping three of their past five but finals is a completely different ball game. The last time these two sides played the Flyers ran away with a 12-point victory but the Round 12 clash saw the tables reversed with Adelaide collecting an 11-point win, something they will take a lot of confidence out of. The Flyers have an impressive record at home winning eight of their 11 clashes, while the Lightning have struggled throughout the season on the road only registering four wins from their 10 games, tilting the scales in favour of Southside.

Since changing their name at the start of the 2019/20 season the Southside Flyers have not skipped a beat, taking their game to a whole other level. Their variety of scoring options makes them a constant threat with players able to pop up if their teammate is well held. Rebecca Cole is a scoring machine leading the way for her side with an average of 16.9 points per game and 3.2 rebounds. The combination of Leilani Mitchell and Mercedes Russell proved to be a deadly duo and the two will be hoping to replicate their hot form to get their side over the line. Mitchell is a real play maker able to dish off passes with an average of 5.2 assists per game while her scoring prowess is just as impressive with 15.9 points per game. Sara Blicavs can do damage on the scoreboard while Jenna O’Hea oozes composure and experience across the court.

The Adelaide Lightning have a plethora of players that can hit the scoreboard with Brianna Turner the number one go-to girl for the visiting side. She is a real barometer for the side with her drive to the basket and scoring prowess averaging a double-double with 16.7 points and 10.5 rebounds. She can single handily change the outlook of a game while teammate Stephanie Talbot is no stranger to the big stage. Talbot is strong both in attack and defence racking up a whopping 60 blocks for the season while averaging 14.1 points per game highlighting her versatility on the court. Guard, Nicole Seekamp is another key contributor for Adelaide and will be hoping to use her height and strength to advantage to have an influence on the court.

It will have to be a full court effort from the Lightning if they are any chance to topple the Flyers who have been in scintillating form as of late. If Southside can contain the Lightning’s key players they will be able to dictate the flow of the game.