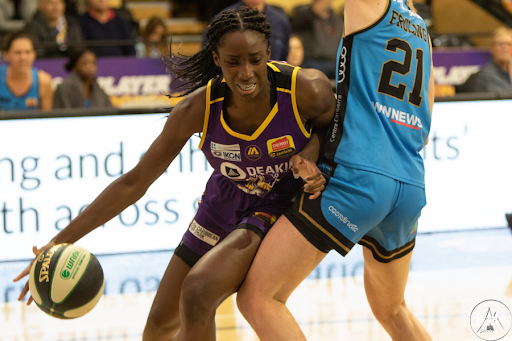 REIGNING premiers, the University of Canberra (UC) Capitals are back at home for the third and deciding game of the Women’s National Basketball League (WNBL) competition, taking on the Melbourne Boomers who forced a decider with the win on Sunday night.

After triumphing in the first game of the best-of-three series 84-70, the Capitals went down to the Boomers on the road by 12 points, losing 76-88 following a spirited effort from Melbourne’s big guns. Now heading into the third and final game of the series, the Capitals will look to bring much of their performance from the first game back here at AIS Arena. The reigning premiers are near-unbeatable on this court, winning 11 of a possible 12 games, with only minor premiers, Southside Flyers getting the better of them. In other words, it would take an unbelievable effort for the Boomers to get up, but they have a respectable 7-3 record on the road, with one of those losses of course coming in game one.

This year, Kia Nurse has been the standout player with the WNBL’s Most Valuable Player (MVP) averaging 21.3 points, 4.2 rebounds, 2.9 assists and 1.4 steals per game. Teaming up with last year’s MVP, Kelsey Griffin (15.1 points, 10.6 rebounds, 2.9 assists, 2.4 steals and 1.0 blocks), the pair has been a headache for the opposition when on the court together. At the center position, Marianna Tolo has been strong with 14.2 rebounds and 7.6 rebounds per game, while Keely Froling (13.2 points, 7.4 rebounds) has provided great support across the court. The only two players to have started every game are Maddison Rocci (9.3 points, 2.4 rebounds, 2.3 assists and 1.2 steals) and Olivia Epoupa (8.6 points, 7.7 rebounds, 6.4 assists and 3.0 steals) showing just how versatile and damaging the Capitals’ line-up is on a weekly basis.

UC start favourites for this clash given its sterling record at home where they have been able to tick off any challenge thrown at them. The Boomers understand they will be up against it in this game, but showed in game two that they have the top-end talent and depth off the bench to match it with the Capitals. Given Southside Flyers are through to the grand final awaiting the winner, both these sides would love to win in a bruise-free encounter, but they both know this is likely to go down to the wire.