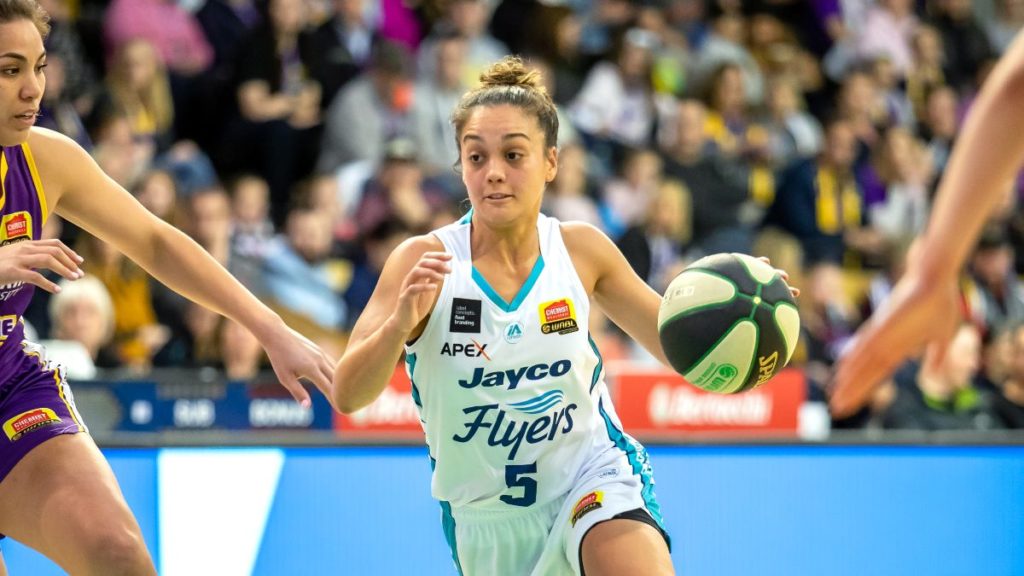 THE University of Canberra (UC) Capitals and Sydney Uni Flames do the double over Round 5, with just the two matchdays tonight and Saturday for five games. The teams then have a break for a week, before recommencing on Friday, November 22 with Round 6 tipping off. In this part we focus on the first two games of the round happening tonight.

Townsville Fire was able to finally break through for a win, leapfrogging their opponents this round in doing so. In a battle of the bottom two sides in the WNBL, Townsville has had the upperhand in recent times, winning all three games between the teams in the 2018/19 season. Yet to face-off in 2019/20, the Flames host the first match between the pair, and will be hoping to find the form that saw them upset UC Capitals in Round 3. Townsville did what few can and knocked off Perth over in Western Australia, though the Lynx have been out of form of late and remain anchored in the bottom three with these sides. The Fire have predominantly relied on Abby Bishop for points, becoming one of the more damaging forwards in the league, posting up 21.8 points and 9.5 rebounds per game, as well as 2.8 assists and 2.0 steals. She is ranked first in her side across every statistical area with the exception of assists, where Tess Madgen (3.6) ranks higher. Madgen has been a valuable player for the Fire as well, averaging 13 points and six rebounds per game. Bridget Carleton and Darcee Garbin have started every game and combined for 21 points and 11 rebounds per game. For the Flames, they have some spread talent across the starting five, with Alice Kunek (17.8 points, 4.4 rebounds and 3.6 assists) and Colleen Planeta (14.0 points, 7.2 rebounds and 1.4 blocks) have been the standout performers, though Lauren Scherf (9.8 rebounds) and Jessica Kuster (6.2 rebounds and 10.0 points) work off the boards has been impressive. At home, Sydney Uni will feel confident in victory, though Townsville will go in as favourites given their impressive win last round.

In the first of two top four clashes for the Capitals, they travel for a weekend in Victoria to face the Flyers and Boomers back-to-back over three days. The first clash takes place on Thursday evening, with the undefeated Southside now two wins and four points clear on top. Mercedes Russell is the recruit of the year for the WNBL so far, sinking 15.7 points, 11.2 rebounds, 2.0 assists and 1.3 blocks per game. With the starting five all averaging over 14 points per game, the firepower within the team is amazing. Rebecca Cole (15.3 points, 3.5 blocks and 4.0 assists), Sara Blicavs (15.3 points, 4.3 rebounds and 1.5 steals), Jenna O’Hea (15.2 points, 5.0 rebounds, 4.3 assists and 2.3 steals) and Leilani Mitchell (14.7 points, 3.5 rebounds, 6.8 assists and 1.7 steals) are all valuable players who have provided consistency to the line-up having set-up the same every week. For the Capitals, they have three key scorers this season with last year’s Most Valuable Player (MVP) Kelsey Griffin averaging a double double of 17.2 points and 11.4 rebounds, as well as 3.0 assists and 2.0 steals. Keely Froling has been superb this season with 17.4 points, 7.2 rebounds, 1.8 assists and 1.2 blocks, while Kia Nurse has stood tall to back up her work from last season, averaging a team-high 19.8 points. Olivia Epoupa has also been a key addition to the team, while only averaging the 8.4 points, her work up both ends of 7.0 rebounds and 6.0 assists has been crucial in setting her teammates up. This is set to be a thriller, with Southside clear favourites, but you can never underestimate the work of the Capitals’ top-end when it comes to crunch time and the reigning premiers will be ready for the clash. It also marks the first time Mitchell will face her old side, which will be an interesting facet of the Thursday night battle.